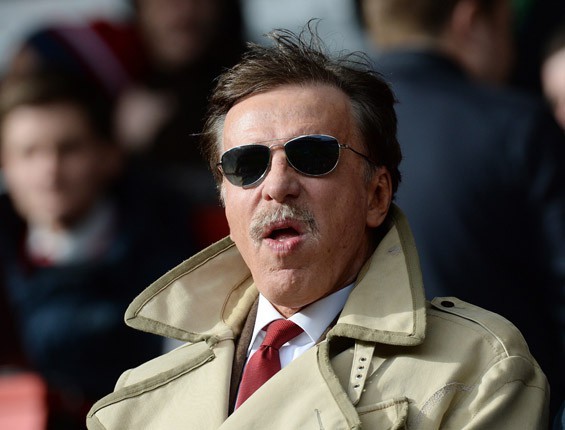 Boy did we pull off an upset.

The city that was so scorned in 1994 for its desperation and recklessness in pursuing a National Football League franchise — for a stupid amount of money — turns out to have been playing possum along.

Little did the world know that the quarter of a billion dollars we heaved at Rams owner Georgia Frontiere as a legal bribe to “attract” the Rams wasn’t a Hail Mary pass after all.

It was a shrewd investment. We tripled our money in 27 years.

In a settlement for the ages, St. Louis will receive $790 million from the robber barons of the NFL cartel to compensate us for their avarice and stupidity. That’s roughly half a billion for the city and county to tussle over, which itself should be as entertaining to watch as football.

And let’s not forget the tidy $276.5 million coming to St. Louis in the form of hard-earned fees to the law firms of Dowd Bennett and Blitz Bardgett & Deutsch. That’s not counting how much they’ll make from the lawsuits once the locals start quarreling over how to divvy up the found treasure.

Those fees also count as economic development revenues pouring into the region, unless the lawyers spend it all to buy an island or something. And all lawyer jokes aside, hats off to these people for hoisting these greedy jerks with their own petard.

Now, instead of moping, St. Louis gets to look back at 1994 and see just how far we’ve come. Back then, we were a mess. The team of my childhood, the St. Louis football Cardinals, had left town for Arizona six years earlier.

We regarded ourselves as victims, so much so that we had started building a state-of-the-art football stadium on the come. But things had taken a horrific turn for the worst in 1993, when the NFL decided to add two expansion teams. St. Louis was widely favored to be one of them since we were a great sports city with a great stadium half-finished. Then the names Charlotte and Jacksonville were called out — the latter a truly low blow to our self-esteem — and we were in a heap of trouble.

At that point, our only choice was to get a team the old-fashioned way, which was to steal one from another city. We landed upon the Rams. The team was owned by Frontiere, who had grown up in St. Louis and was happy to come home — after Baltimore had first been exhausted as an option because the numbers weren’t quite right. She was beset with some financial issues at the time.

Under the leadership of the late Senator Tom Eagleton, St. Louis was able to do better with the math, in no small part — I hate to mention it — because of the $80 million that an unknown investor from Columbia, Missouri, named Stan Kroenke, was willing to pump into the team. After no one from St. Louis stepped up.

So, we stole the Rams from Los Angeles after they had played there for 49 years. It was payback for Phoenix stealing our Big Red after it had played here 28 years.

The difference was that the NFL, which always despised us, was in on the steal of our team by Phoenix. In 1995, the same owners first voted 24-4 to prohibit the Rams from moving to St. Louis.

You know what happened next? This is great. We threatened to sue them again, and they folded like a tent. See a pattern here? Our lawyers are good.

Well, sadly, Mrs. Frontiere passed away in 2008. That left us with Kroenke, and the rest is history.

I wrote a 2010 St. Louis Magazine column warning that St. Louis should be concerned about this guy, which was prescient. Then again, in 2017, I wrote another column calling this latest lawsuit against the NFL the stupidest of all time. That gave me the distinction of having written the stupidest column of all time.

But I digress. As luck would have it, when Kroenke moved the Rams back to Los Angeles — his real hometown — in 2016, St. Louis was freed of the burden of having stolen a team. In retrospect, we had simply borrowed the Rams for 20 years and returned them to their rightful home, pretty much as we found them.

And in the process, we had some great times, making it to two Super Bowls and winning one (which remains one more than the Los Angeles Rams have under their belt). I have great memories as a fan of making it to those events.

But now comes the coolest part, the one no one apparently saw coming: We knew how to outfox the billionaires in court.

Sure, we were 31st in attendance, and sure, we had failed to exercise our option to upgrade the Edward Jones Dome to “upper tier” status — after losing an arbitration case that put the price tag at $750 million or so. That would have forced the Rams to stay in St. Louis until 2024.

Our lawyers noticed that the NFL and the Rams hadn’t followed their relocation guidelines in making the big move to Los Angeles, because — frankly — these guidelines were meaningless nonsense that had been crafted to advance the false notion that the NFL valued local-market stability.

I’m guessing St. Louis didn’t have that great a case on the merits. But we had smart lawyers who realized that we’d be wearing the home uniforms in court — and that the NFL owners had way too much to lose. And that being billionaires doesn’t mean they’re not idiots.

And that the phrase “Oh, we were just kidding about those phony relocation guidelines” doesn’t sound so great when spoken out loud.

The result? Why we just tripled our 1994 investment.