St. Louis-based P3 is teaching baseball's hottest prospects a difficult skill: how to stay in the game 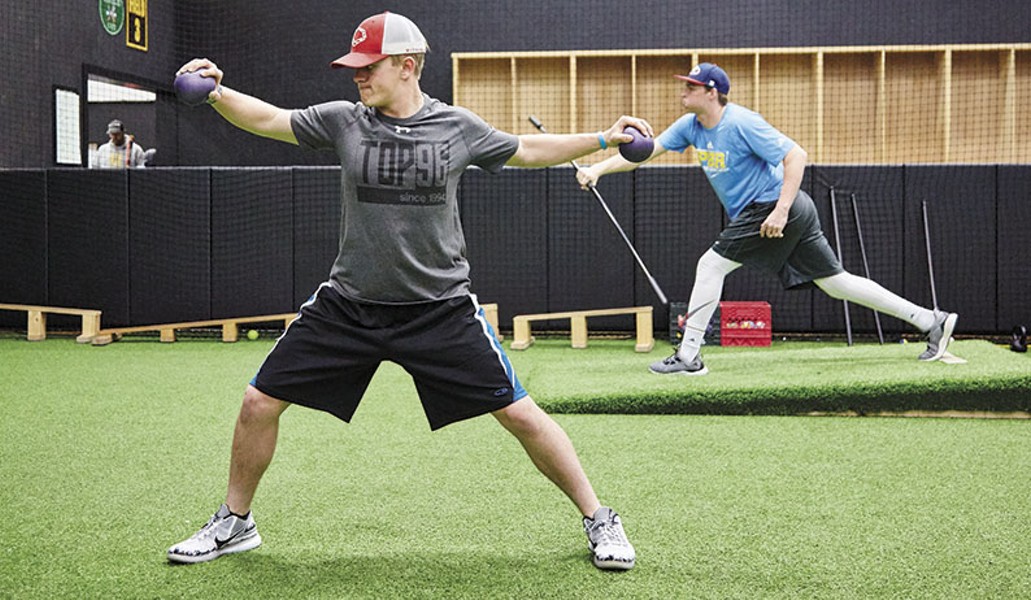 STEVE TRUESDELL Ricky Maddock, a Kirkwood High student, works out at the P3 facility. Behind him is Zack Hunsicker, of Francis Howell High School. 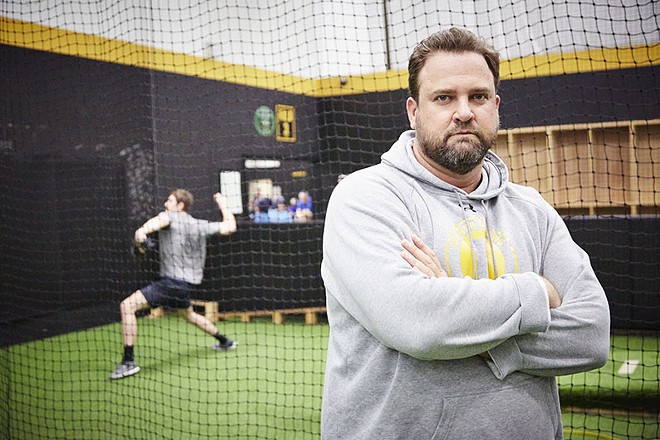 In recent years, baseball has been by hit what some describe as a "Tommy John epidemic." The surgery is named for the first pitcher to have his torn ulnar collateral ligament repaired, in 1974. It used to be a rare surgery, but now more than a quarter of all major league pitchers have undergone the operation, according to Fangraphs.com, most missing at least one year of baseball in the process. (That includes the Cardinals top pitching prospect, Alex Reyes, who had the surgery earlier this year.) Studies have shown that the surgery's success rate is about 80 percent. Some pitchers have had second surgeries; among those, there are some who never fully recovered.

The main problem underlying the injury is that throwing a baseball is not a natural thing; holding your weight back and then plowing forward as you move your arm above your head puts tremendous strain on the shoulder and elbow.

The elbow problems among young professional pitchers today may have started with overuse in little league, according to the American Sports Medicine Institute, which has conducted a number of studies. Whereas kids used to play multiple sports, they now start to focus on just one at an earlier age. The institute released guidelines in 2013 for youth baseball that set limits on number of pitches and innings — as well as to not throw overhead for at least three months each year — and to avoid radar guns.

Major League Baseball and the MLB Players Association are also currently collaborating on a study. Glenn Fleisig, the research director at the American Sports Medicine Institute, recently told USA Today that it may not be the speed of the pitch thrown but the way in which it's thrown.

"Previous works by me and others have shown two fastballs of the same speed with poor mechanics are more stressful than good mechanics," he said.

Some agents think baseball teams need to do more to protect young pitchers.

Before the 2012 season, Scott Boras — a super agent to some and super villain to others — convinced the Washington Nationals to set a 160-inning limit for his client Stephen Strasburg, who was returning from a 2010 Tommy John surgery. The top young right hander pitched well (15-6; 3.16 ERA) and late in the season, the team was in the playoff hunt. But Strasburg was nearing his limit, and Boras hinted at legal action unless the team followed the advice of an orthopedic surgeon and benched him for the rest of the season. Strasburg stopped pitching in early September at 159 1/3 innings. The Nationals lost in the first round of the playoffs to the Cardinals.

(Strasburg has still since had a number of stints on the disabled list with back, oblique and elbow issues.)

In a business that relies on fragile equipment — the pitching arm — teams cast a wide net for pitchers, says Jason Wood, a St. Louis-based agent. In the National Basketball Association, teams draft players over two rounds; in the MLB, there are 40 rounds.

"I would much rather see fewer number of players in the minor leagues and let the teams focus on those players," says Wood, who has represented a number of first-round draft picks. At the end of each season, he notes, "Unfortunately, the teams give the pitchers a manual or an app and say, 'Go do your thing. We'll see you in spring training.'"

That means players have the fall and winter to themselves. Wood has started to send his young clients to P3.