Forget the Superheroes — These Are the Best Films of 2019

FRANCOIS DUHAMEL/NETFLIX Dolomite Is My Name has an infectious enthusiasm.

The Year in Film

In which our indefatigable film critic rants, raves and rages against the superhero simplex

2019 was the year when major studios developed a magic formula for making greater sums of money with fewer films and even fewer new ideas. Netflix, the film studios, every TV channel you've ever heard of and the Forgotten Men of the business, the theater owners, all got in line to dip into the trough known as streaming services. These offer more and more proprietary titles and new releases, while hoping that subscribers don't notice that the films of the past are becoming less and less accessible. Streaming once held out the promise of easy access to almost anything you would ever want to see; in another few years, that dream will have turned into an explosion of monthly charges as you maintain one account for Disney films, another for Warners or Universal, a third for documentaries and a fourth (or fifth or sixth) for Netflix, Amazon, Hulu, Criterion or other niche providers.

Film distribution, already battered, suffered a few more bumps. If you happened to visit your local 24-screen multiplex during the opening weekend of Franchise Man and the Repetition Squad: Some Assembly Required!, you discovered that it dominated at least nineteen of those 24 screens, with the other five carrying the dregs of the previous weekend's blockbuster. A challenge to the hegemony of the bloated superhero film finally came late in the year with the kerfuffle we'll call Scorsesegate.

It began courtesy of the internet, breeding ground for faux controversies at the rate of one every 2.7 hours. The director of Taxi Driver and Raging Bull was asked his opinion of comic book movies, something akin to asking Bob Dylan what he thinks about the lyrics to "Baby Shark." His answer — a polite "No, thank you" — sent the fanboy world into convulsions, provoking roughly 950,000 arguments by bruised bloggers that (insert randomly chosen comic book titles here) were, in fact, the Rashomon and Citizen Kane of our time. By the time the dust had settled, Scorsese had released his second major film of the year — both free of caped heroes — and the outraged Marvel fans had fallen back in step to the beat of corporate auteur Kevin Feige. Doo-doo-doo-doo-doo.

And yet, despite the bombast and aggression of the loudest commercial offerings and arid arthouse attractions, a few films manage to slip through. Whenever I'm faced with trying to sum up the current state of the movies, I'm reminded of Francois Truffaut's introduction to his 1975 collection The Films of my Life, where he describes his friend and fellow critic Jean Domarchi: "He has watched 350 films a year passionately ... and every time I meet him he says, 'Tell me, old friend, it's nice to have something to see, isn't it?'" And so it goes, even in 2019.

Assayas' latest is a talky, cerebral comedy about upscale Parisians juggling romance, careers and reputations, but his real subject is the decline of ideas in the age of digital conformity and knee-jerk outrage. An ambitious and unrepentantly intellectual shout of protest in an age where Twitter is defended as "modern-day haiku."

9. Dolemite Is My Name

Don't call it a comeback. In this odd but irresistible comedy about the brash, profane comedian Rudy Ray Moore and his DIY action film Dolemite, Eddie Murphy grabs the viewer from the first scene and doesn't let go for a minute. It's a compelling recreation of a too-frequently overlooked school of filmmaking, overloaded with an infectious enthusiasm for the era and its eccentric players.

A mysterious gem of a love story, albeit a wisely hesitant one. It's an eccentric but completely charming portrait of a young woman finding herself in two separate, dissimilar relationships. Hamaguchi throws away the conventions of romantic films but keeps the passion and confusion.

Almodovar here is in a reflective mood, looking back at his past with regret and resignation. Not entirely autobiographical but unquestionably personal, with a powerful performance from Antonio Banderas as the director's surrogate.

Clint Eastwood's 38th film as director finds him doing what he does best, looking at extraordinary events through the eyes of ordinary people who would prefer that history, fame or whatever you want to call the events that put a pudgy security guard in the national spotlight would just leave them alone. Great performances guided by Eastwood's breezy but level-headed touch. 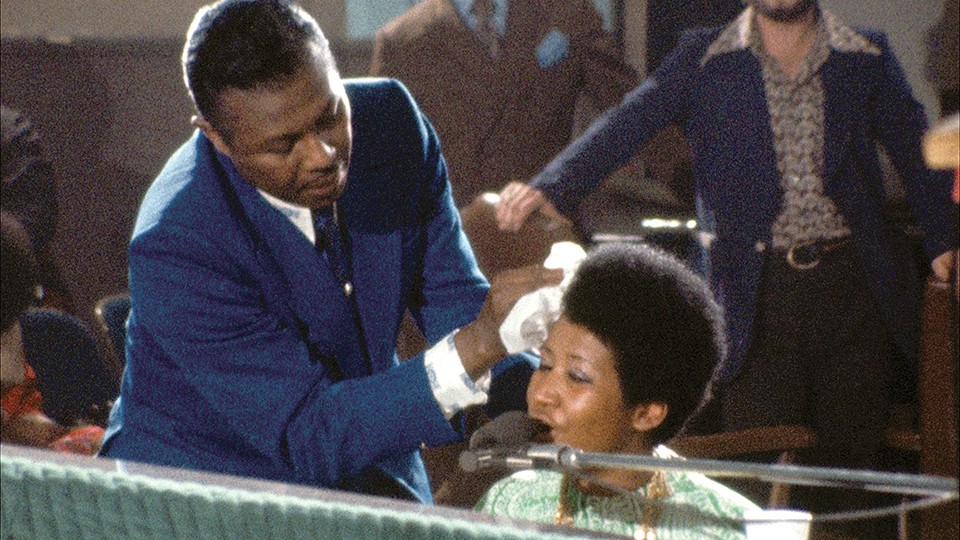 Arguably the strangest film of the year, Bong Joon-ho's suspense/horror/comedy is a perfectly crafted puzzle that defies explanation. It's a political satire, a psychological thriller and a fierce, stunning cartoon that revels in its dismantling of social classes yet remains unsettlingly ambiguous.

Not so much a film as a miraculous time capsule, a record of an extraordinary performance by Aretha Franklin, filmed by Sydney Pollack in 1972 but left unfinished until years after his death. It's raw, unvarnished filmmaking: Franklin returning to her gospel roots to record a live album in a Los Angeles church. Pollack and his crew were smart enough to stay out of the way and let her do what she had to.

3. and 2.: Rolling Thunder Review: A Bob Dylan Story by Martin Scorsese and The Irishman

Two innovative meditations on the culture and history of the last five or six decades. In the first, Scorsese tweaks Dylan's image by recreating and reshaping the story of a mid-'70s tour that was the artist's own attempt at image-tweaking. The second takes the kind of gangster saga Scorsese has offered in the past, places it firmly into the political history of the late twentieth century and filters the whole thing through the memory and regrets of an elderly man who lived through it. 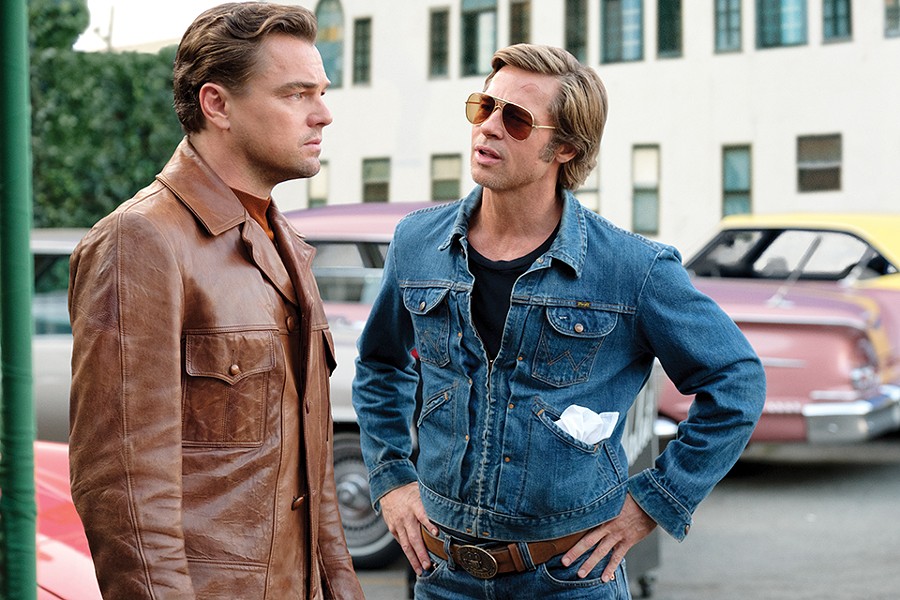 1. Once Upon a Time...in Hollywood

Much has been said about Tarantino's typically flashy narrative tricks, his provocative twisting of history and his usual attention to even the minutest details in his recreation of Los Angeles circa 1969. But for all of its mirrors and whistles, it's easy to overlook the fact that Once Upon a Time is perhaps his first mature work, with characters facing real problems who can be understood as more than just generic types and film-buff allusions.

Just under the top ten: Ash Is Purest White, Echo in the Canyon, The Two Popes.

Also of interest: Burning, Yesterday, Too Late to Die Young, Hale County This Morning This Evening, The Green Fog, Where's My Roy Cohn?, Toni Morrison: The Pieces I Am, The Decline of the American Empire, Jojo Rabbit, Marianne and Leonard and The Nightingale.

And the Best Superhero Film of the Year: The Kenyan Supa Modo, the story of an ailing nine-year-old girl with super-heroic ambitions, was the highlight of this year's African Film Festival. Faster than a speeding bullet and a whole lot more endearing.