A Tiny Town, a (Possibly) Haunted Church and a 'Priest' Fleeing His Past. Welcome to Armstrong, Missouri

Photo courtesy of The Cedar Rapids, Iowa, Gazette He called himself Father Ryan. But he wasn't a Roman Catholic priest, and his name wasn't Ryan.

The fake priest came to town in April 2014, presenting himself as a Benedictine abbot — black robes, clerical collar and all. He put up a small sign in front of an edifice with crimson doors, advertising morning services at the old Methodist church he now called Holy Rosary Abbey.

In the age of Google, though, no one with a long public history of cons can stay under the radar for long — and certainly not a man trying to shake things up in a tiny Missouri town, population 284. Soon there were rumors of lawsuits and bankruptcies. Web searches brought up allegations stretching back decades.

And if the man who calls himself Father Ryan thought moving to rural Missouri would free him from the controversies in his past, he made a terrible error in judgment. He should have known that it was only a matter of time. When a disciple made a desperate phone call, law enforcement pounced.

The church has since been bought and sold and bought again. Its steeple looms over the street where the neighbors' kids run and play. And the people here still talk about the robed man and his nuns. Some are convinced the church is haunted, that the evil spirits it unleashed proved to be his unraveling. There are whispers of demonic possession, of sexual scandal.

But for Armstrong, Missouri, the real question might be who corrupted who?

Did the pretend priest let loose the trouble that became the talk of the town? Or did something behind those crimson doors — some malevolent spirit, some remnant of the building's past — cause Father Ryan's downfall? 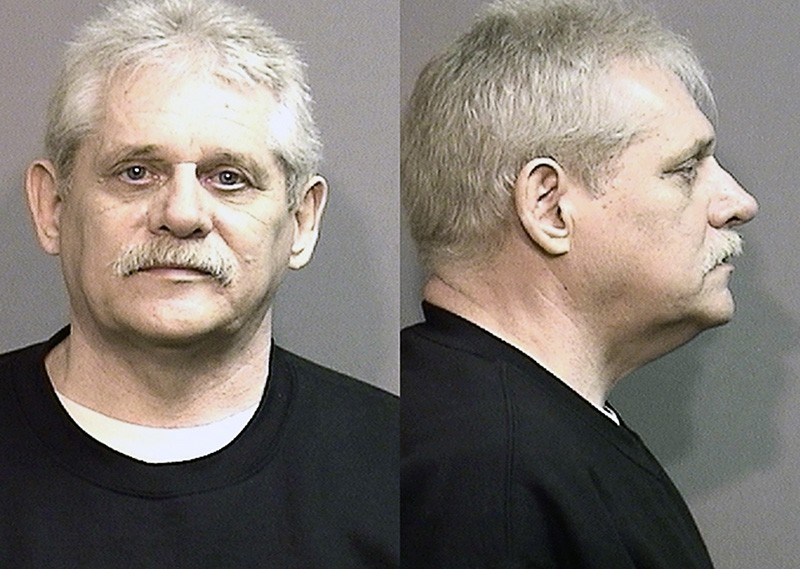 Father Ryan has lived under many names.

He was born Randell Dean Stocks in Richland Center, Wisconsin in 1953 (although another source puts his birth year as 1950). Little is known about his early years, but he later told the Chicago Tribune that he fathered a child out of wedlock in his twenties. He married and divorced; the child was put up for adoption.

He eventually moved west, to California and then Hawaii. When he returned to Wisconsin in the late 1980s, he arrived as Ryan Patrich Scott — though he soon began introducing himself as "Damien St. Anne." He claimed to be a Franciscan brother associated with an order based in Canada.

But in a 1989 letter responding to an inquiry from a woman in Wisconsin, the director of the Franciscan order advised in the strongest terms that Damien St. Anne was a fraud: His stay in the monastery had lasted less than four months, he had never taken his vows and instead disappeared without permission with another novice. Not only that, but his abrupt exit was shadowed with additional suspicion: The order had received word from a bishop in Ontario and a priest in Wisconsin that the wayward monk was presenting himself, fraudulently, as a full-fledged brother of the order. (Through his attorney, Ryan declined to comment for this story.)

And so Father Ryan kept moving, trying to outrun his past. But he took too many risks.

In 1992, he was hired as the city finance director in Edgerton, Wisconsin. A private investigator would later find his resume riddled with degrees from institutions that had no record of his admission. His career in public service ended one year later. He was accused of helping himself to $300.97 of city money by modifying what should have been a $30.97 check. In 1994, he was convicted of felony misconduct in public office and sentenced to three years probation.

He went back to being a fake priest. This time, in California, he fell in with the Reformed Catholic Church of America, an offshoot of the traditionalist Catholic movement that does not recognize the late 1960s reforms that modernized the faith.

In a scathing letter dated 1995, an archbishop chastised him for his "self-centered attitude and un-priestly conduct," and noted his failure to properly operate a monastery, "causing problems in the local community by allowing drugs, alcohol and other misuse."

Father Ryan returned to Wisconsin, but found no respite there. He found himself hounded.

In La Crosse, Bishop Raymond Burke (the future archbishop of St. Louis) sent letters sounding the alarm to every diocese in the country: Be wary of this "Father Ryan St. Anne Scott" and his "Holy Rosary Abbey," Burke warned. Do not attend his mass or take his sacraments.

"He is not a priest of the Roman Catholic Church," wrote Burke.

Still, Father Ryan attracted a flock that was willing to embrace him as shepherd. His followers didn't care that he'd been previously married or fathered a child.

The believers were mostly older women, widows and aspiring nuns who yearned for a traditional Catholicism. They sought the majesty of the old ways, the Latin Mass, the robed priest kneeling at the foot of an altar intoning in nomine Patris, et Filii, et Spiritus Sancti.

Over the next two decades, Father Ryan would pass through America like a holy apparition. City to city, diocese to diocese, all it took was one or two believers here, a few more there. It was enough to sustain him and his traveling abbey.

He appeared and departed with equal abruptness. He trafficked heavily in the Midwest, setting up his abbey in Wisconsin, Iowa and Illinois, but he also turned up in North Dakota, Louisiana, Alabama, Arizona and New Mexico.

But wherever he fled, both the Church and the law gave chase. Warnings were sounded in Catholic dioceses across the country, including St. Louis. A trail of legal disputes include bankruptcies in Illinois and Iowa. He was sued by a former nun over unpaid loans, resulting in a civil judgment to pay her $161,000.

In 2012, he was evicted from his abbey in Buchanan County, Iowa. He left behind thousands of dollars' worth of religious accoutrements. He also abandoned a herd of nineteen llamas. He had intended to sell the animals and their wool as part of a venture called Monastic Fleece. Like everything else Father Ryan touched, the llama-based business failed.

In 2013, he regrouped in St. Louis while looking for the next location for his abbey. It is unclear what precisely drew him to Armstrong, a small town about 40 miles north of Columbia, but he was known to trawl through online property listings that featured cheap real estate.

So it came to pass that in April 2014, with two elderly nuns in tow, Father Ryan made the 166-mile drive to his new home in Armstrong.