As adventures go, this one begins inconspicuously.

Most of the residents of a quiet street in Dogtown are tucked away in neatly kept bungalows, their cars parked in their driveways on what has become a pleasant Friday afternoon. The sidewalk is all but empty.

"This is stupid," Mark Fingerhut says.

A 40-year-old product manager for a software company, Fingerhut is dressed in a red St. Louis flag T-shirt, baseball cap, shorts and a pair of thick-soled Hoka running shoes. A half-filled backpack fastened over his shoulders and chest is the only sign this will be more than a jog around the neighborhood as he starts running up the hill from his house.

If all goes right — and he is not convinced it will — he will be gone all night and most of the next day. He will keep running or walking as St. Louis falls away behind him and the temperature drops from a sunny 51 degrees into moonlit 30s. The plan is to cross state lines and cut south through one county and then another, and then who knows? He has it mapped out in his head, but he has never done this before. Anything could happen.

The surprises are what he's after, and not just for himself. He has somehow persuaded twenty others to leave their perfectly good homes at some point during a three-and-a-half-day window and see how far they can go in any direction on their own two feet in 24 hours. A few will start the next day. Others are already out there, plodding along city sidewalks, rain-soaked trails and the shoulders of highways, going and going and going as GPS locators on their phones chart a starburst of pathways emanating from origins scattered across the metro and beyond.

As the architect of all this, Fingerhut has been planning and coordinating for a few weeks. But now his "stupid idea" is no longer a concept but thousands of literal steps to pound out in what amounts to a series of marathons — all for questionable reward. It begins, fittingly, with a steep uphill. Fingerhut chugs up the sidewalk, turns and jogs out of sight. 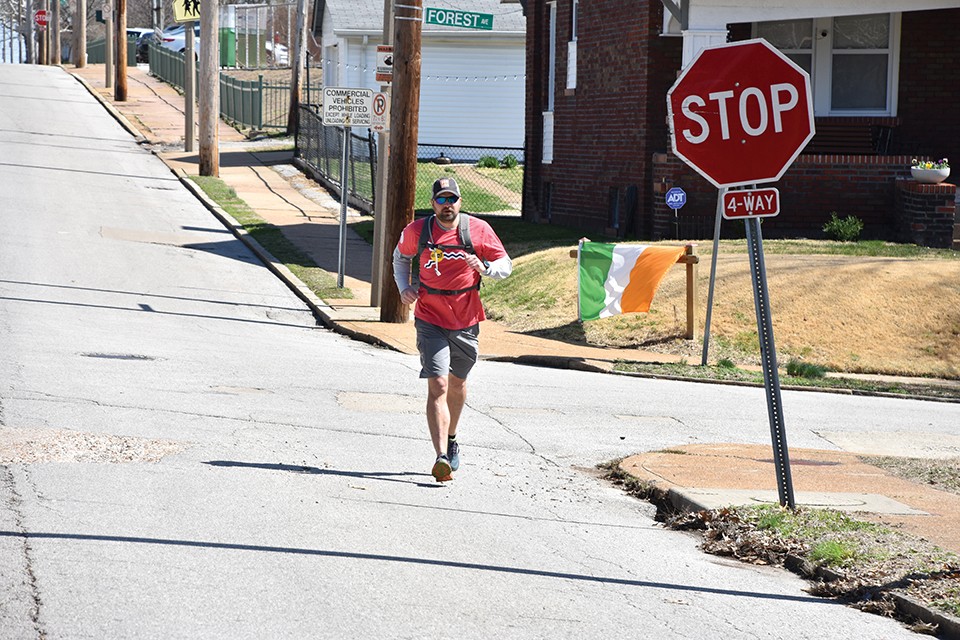 If necessity is the mother of invention, boredom is the reckless stepdad of adventure. And we have been plenty bored during the pandemic — not to mention stressed and anxious.

The sudden evaporation of diversions in March 2020 made it clear that few of us were prepared to be home so, so much. No movie theater escapes. No head-clearing trips to the grocery store. No daylong shifts at the office, and for too many of us, no more jobs at all.

At the exact moment when we could use even a temporary exit from the chaos invading our lives, nearly all of our usual off ramps were closed.

Fingerhut was maybe more restless than most. In the past, he has paddled the Missouri River from Montana to the Gateway Arch and competed in multiple long-distance kayak races across the state. He passed the early days of the pandemic on a mission to bike every road in Dogtown, a project that he says took him about 70 hours to complete and covered more than 40 miles.

As St. Louis headed into a second spring of COVID-19 restrictions, Fingerhut began dreaming up a new project. The 24 Hours from Home Challenge was designed to be part socially distant sufferfest and part strategic challenge, combined with elements of camaraderie and shittalking. He floated the idea to friends in the local chapter of the Hash House Harriers — an irreverent bunch whose initiates like to joke that they are a "drinking club with a running problem" — and was surprised to find it actually appealed to a number of the members.

"I just looked at it and thought this is another crazy idea," says Beth McEwen, Fingerhut's friend and fellow Hasher. "He's had a few."

But the more she thought about it, the more she was intrigued. McEwen is among tens of millions of Americans who lost their jobs during the pandemic, and she is among the millions more who started to rely on getting outside to relieve the stress of COVID-19 fallout. Her usual calendar of 5K and 10K races was canceled, so she began walking.

"Honestly, during COVID times, really the only thing that has helped me stay sane is that I started walking every day," McEwen, 42, says. And not just a lap or two around the neighborhood. She gives the example of walking from her home on the Hill to meet a friend in Soulard for lunch and, on a separate trip, circling the Anheuser-Busch brewery while wandering with her husband before returning home.

Among those who sign up for Fingerhut's challenge, McEwen's ambitions for the event are considered moderate. She decides that instead of going the full 24 hours, she will walk to a friend's house in Wildwood from the Hill, a one-way trip along Manchester of more than twenty miles. 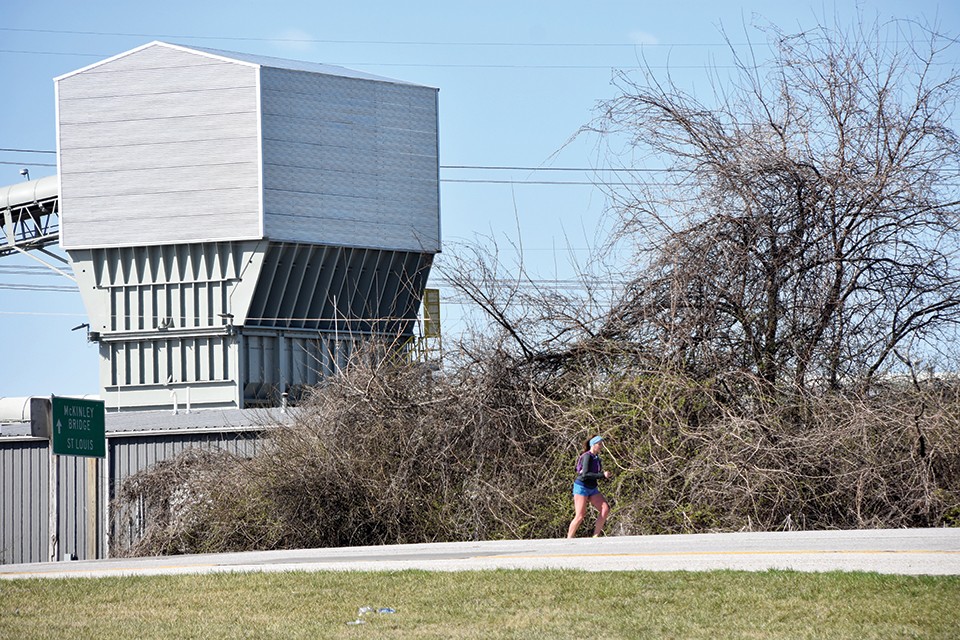 At the other end of the spectrum is Rosemary LaRocca, a 40-year-old veteran of multiple ultramarathons, including the Mark Twain 100 Mile Endurance Run. On a Facebook page set up for the event, one Hasher jokes that LaRocca "might do 36 hours because she needs to finish listening to the Phish song that started at 23 ½ hours."

While McEwen goes west and Fingerhut goes south, LaRocca plans to run across the McKinley Bridge from her home in the Shaw neighborhood and cruise north through Alton, Illinois. It's not an exact route and she expects to improvise a bit as she goes.

In a typical ultramarathon — any race longer than 26.2 miles — she could expect to find aid stations every five or ten miles, but in this one, she will be running alone. Her partner Andy McDonald plans to track her through the night and carry supplies, but there is an element of the unknown. LaRocca says she plans to run with mace for the first time in her racing career and will take her normal safety precautions, such as running with only one earbud in so she can hear what's happening around her.

"As a woman, I think it's a different experience than it is for a man," she says.

Still, she is eager to see what she can do. She's never run so far on pavement, and the idea of picking her own start time and route is appealing, she says in a phone call the night before she sets out.

"I'm interested to see what kind of place my mind will be in by tomorrow night."