Elmwood Is Already One of St. Louis’ Very Best Restaurants

Elmwood's Josper grill and oven — the only one of its kind in all of North America — is less a piece of kitchen equipment than a work of art. This may sound like inside baseball, but once you dig into just how special this machine is — how revered it is by acclaimed chefs around the world, how many Michelin-starred kitchens it graces — you can't help but get caught up in what a big deal it is.

What makes the charcoal-powered Josper so special in a cooking scene that's wood-fired obsessed is its balance and restraint. The Josper burns relatively clean for charcoal, allowing cooks to get the wonderful effects of smoke without it hitting you over the head. There's char, but it is less bitter than usual. The smoke is obvious, but not jarring. It's primal, but at the same time controllable. As a result, it holds an exalted status among top chefs.

Elmwood's powerhouse partnership between front-of-house master Christopher Kelling and chef Adam Altnether is not unlike the Josper. Effusive with his passion for hospitality, Kelling describes himself as someone who tends to "run hot" compared to Altnether's even keel. It's a balanced partnership that dates back to 2011 when the two met at Gerard Craft's Niche Food Group. Kelling had just taken on the role of general manager at the original Benton Park location, and Altnether was a partner in the restaurant group, working in high-level kitchen roles throughout its properties, including serving as the opening chef for Taste's Central West End relocation and reconception.

Even after Kelling left St. Louis to work in Napa Valley, the two stayed in touch. Their paths again crossed when Kelling returned to Niche just as Altnether was departing to take on cooking roles outside of the restaurant business. However, it wasn't until Kelling left Niche a second time, in 2017, that the two began making plans to strike out on their own.

Kelling had originally thought about opening some sort of low-key diner. However, after hearing that Altnether was feeling the itch to get back into restaurant work, he reached out. As they talked, they realized that they had basically the same vision — and it wasn't a diner. After a key meeting at the Living Room in Maplewood, they stood on the corner of Manchester and Sutton, shook hands, and agreed to start a restaurant together.

That handshake took place on the very corner where Elmwood now resides. Formerly home to the Live Juke Joint, the large, open room has been transformed into a space that, while elegantly dark and sultry, makes you feel comfortable even if you've walked in wearing jeans and flip-flops. The room is the color of charcoal, floor to ceiling, punctuated with neutral-colored banquettes and blond wooden tables. The bar is separated from the dining room by a half wall which both connects the two areas but keeps them distinct enough to create two different levels of experience.

Elmwood's most striking design feature, however, is its glass-enclosed kitchen, a smart way to let diners peek behind the curtain while still maintaining a bit of mystery. The effect is stunning: You see the hustle and bustle, but without sound. It's like watching a live-action art installation. 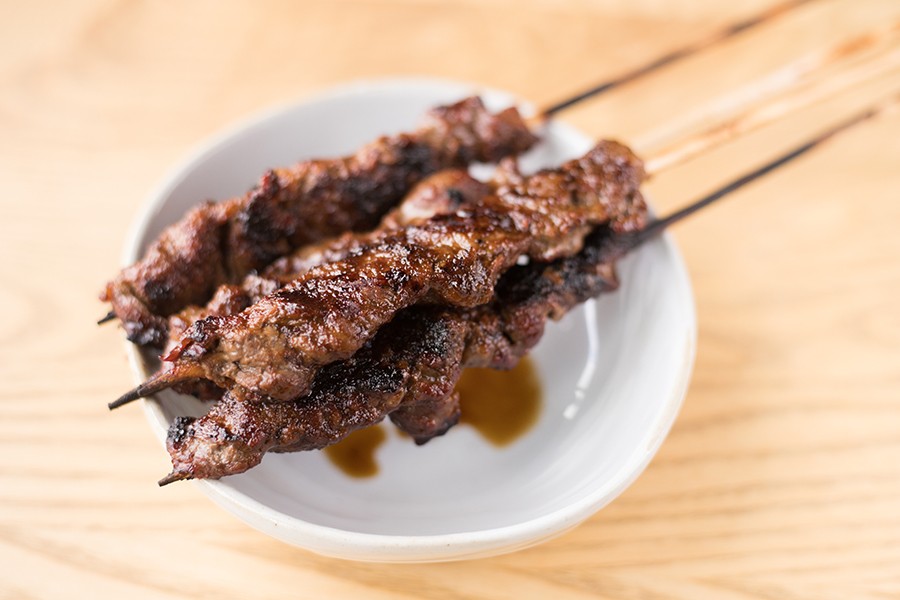 What hits the table is no less magical. Here, the beauty of the Josper becomes much more than cerebral through dishes like the grilled broccoli, cut lengthwise so that they can be grilled like steaks. This encases the exterior in subtly bitter char that acts like a crust. Toasted bread crumbs, Caesar dressing and sprigs of fresh dill and dill flowers accent the vegetable. Nominally a broccoli salad, the cooking style and thoughtful touches elevate it to a place of elegance.

The crispy rice salad is equally compelling. A remarkable variety of textures — crispy puffed rice, crunchy cucumbers and green beans, firm rhubarb — are like a symphony, tied together with charred pepper aioli that, while spicy, is balanced by the cooling vegetables.

Even a simple crudité is anything but, not just because of the lovely char that encases each vegetable's firm flesh, but also thanks to the hearty ranch dressing served as a dipping sauce. If bottled Hidden Valley is a Toyota, this thick, herbaceous concoction is a Bugatti.

Altnether clearly has a way with vegetables, a talent that is underscored by the sweet potato babaganoush. Instead of eggplant, he uses sweet potatoes, roasting them under coals so they soak in their smoke. Pomegranate molasses provides a subtly sweet depth, while mint and pomegranate arils provide refreshing contrast to the rich flavors and grilled, house-made naan underscores the smoke. It's a beautifully balanced plate.

Elmwood's mussels are the most unique presentation of the shellfish I've encountered: a mouth-tingling Szechuan-spiced dish that walks right up to the line of taking over the shellfish without ever crossing it. The menthol-like sauce gilds every mussel and pools at the bottom of the bowl so that it can be used as a deliriously tasty condiment for the crispy-fried shoestring potatoes. This is one of the restaurant's most popular dishes, and it's clear why.

Dishes are designed for sharing, but the latter half of the menu moves from the realm of small plates to more traditionally sized entrees. Gnochetti sardi is a glorious eggplant pasta; both the gnochetti and eggplant are cooked perfectly al dente, then infused with charred tomatoes and molten mozzarella. The beef burger, meanwhile, is glazed with Korean barbecue and covered in bacon, crispy shallots and gooey American cheese, like a cross between a haute Big Mac and bulgolgi. Both may be big enough to share, but you will still have a difficult time offering up your portion.

Elmwood's pork steak adheres to the backyard form, down to a thin layer of tomatoey barbecue glaze that caramelizes on the grill. Alone, it's stunning, but Altnether slices it and serves it alongside lettuce cups, pickled leeks and a sauce made from pureed vegetables, transforming it from simple cookout fare to a fusion taco. His take on a roasted chicken is no less dazzling. The chef takes a young bird, rubs it in Middle Eastern-inflected spices and serves it with muhamarra, a mouthwatering Syrian barbecue sauce that is silken, but features little pod-shaped Aleppo peppers that pop when bitten. It's the comfort of Grandma's kitchen — if Grandma regularly traveled to Damascus.

Elmwood's simplest dish, though, may be its best. A whole roasted black bass is presented skin-on and deboned, its exterior gently kissed with grill char, its inside the texture of tempered butter. The shockingly tender flesh melts on the tongue, its creaminess balanced by a vibrant salsa verde. It's just grilled fish and salsa, yet it rises to the level of a masterpiece.

Cooked on the grill, even a dish of strawberries rises to a magical level. The local berries are gently grilled, which brings out their juice and adds a subtle savory component. Caramel and vanilla ice cream gild this already gleaming lily.

Elmwood is positively glorious — unquestionably one of the best restaurants in the city — and that's not just because of that Josper grill. As masterful as Altnether is in the kitchen, Kelling is equally so with the front of the house, cultivating an environment of hospitality that puts you at ease, even in the midst of such a wondrous place. "We're nothing if we're not genuine," he likes to say, and that ethos is what makes Elmwood succeed where others do not — nailing that hard-to-hit tone of a restaurant that is simultaneously special occasion and somewhere to grab a burger and a beer after work on a Wednesday.

And that balance is even more striking than anything a fancy grill can produce. 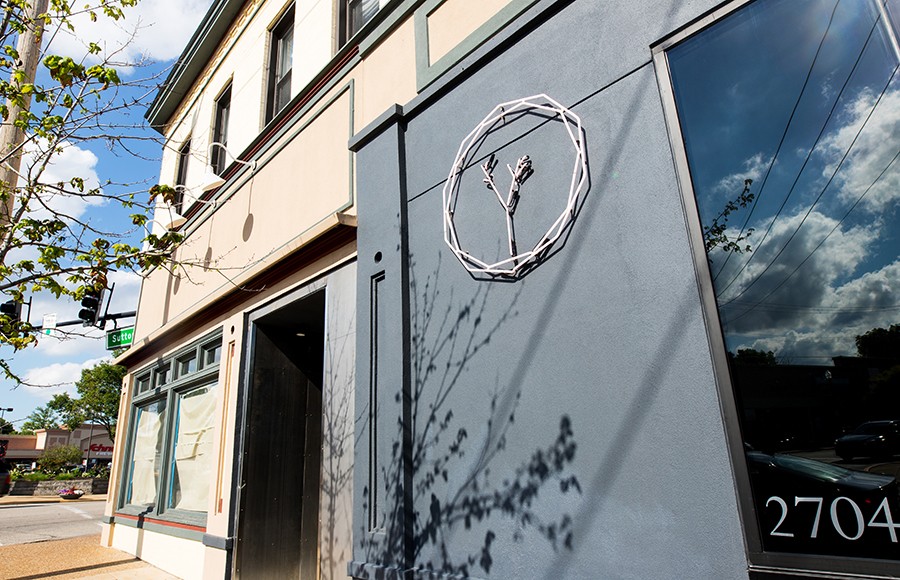