Eddie Munster Is Alive — and Living in Missouri

The Munsters was on air just two years. But Eddie Munster was impossible to forget.

Eddie Munster has been greeting his fans all afternoon.

Inside the St. Joseph Civic Arena, former child actor Butch Patrick and his wife, Leila Lilley, have set up their booth in a far corner of the main floor, just beyond the VIP bathrooms. It is a brutally hot Friday in mid-July, and several hundred of the weekend's first visitors — some spattered in fake blood and dressed as their favorite slasher film characters — lazily make their way among the stalls of the horror-themed Crypticon.

Patrick, who played Eddie on The Munsters, made the two-hour drive with Leila from their home in northern Missouri the day before, hauling plastic tubs of merchandise and a pair of replica Munster hot rods inside a trailer decorated with a protruding dragon head.

Now standing at their table are a towering, bearded fan and his wife, wearing matching T-shirts that bear the name of a haunted house in the far suburbs of Kansas City. The T-shirts are the kind of thing Patrick notices. He immediately wants to know more about the business.

In fact, they do.

"Do you ever have celebrities?"

That's something the man, Jeremy Toynbee, had not really considered. Business has been solid — he first opened in his garage and was successful enough to relocate and expand the operation to a barn and two acres in the small town of Gardner, Kansas — but a celebrity appearance wasn't really on his radar. Within moments, though, Patrick is laying out the basics of a strategy where he could visit Toynbee's House of Horrors on, say, a Wednesday, and then string together two or three appearances at Kansas City car dealerships and shops over several days, splitting his fee among all the parties.

"I figure out how to get to my bottom line from four different ways, and nobody has to pay too heavy," he explains to Toynbee.

Before they're done, Patrick has sold the haunted house proprietor a $30 autographed photo and generated a potential business lead that leaves both men happy.

"One of the things I like doing is working with people who've never had a celebrity event and showing them the ropes," he says later, adding, "I do know the haunt business." 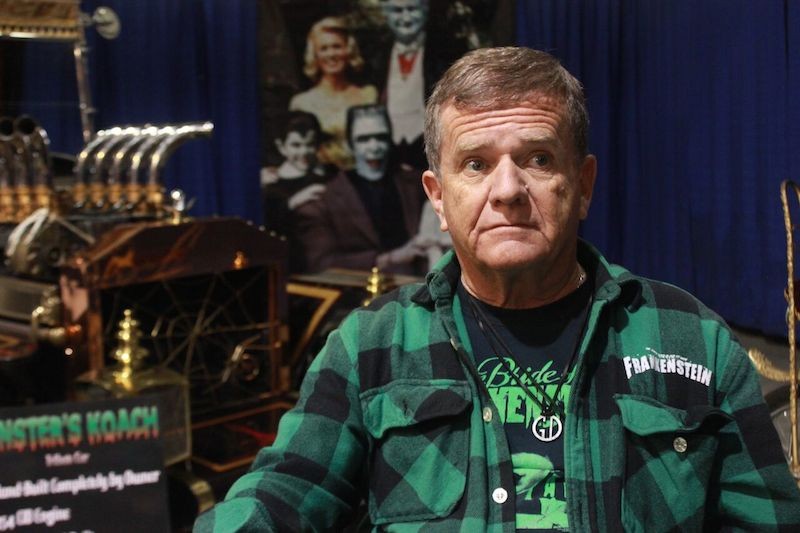 Patrick is a master at this kind of deal making. A self-described "hustler" all his life, years after dropping out of Hollywood and beating drug addiction, Butch Patrick (legal name: Patrick Lilley) has built a fine life as a former child star. From his base in Missouri, he works his way through small and mid-sized towns across the heartland, visiting twenty to thirty car shows, conventions and festivals every year.

Finding new opportunities among the constant churn requires the ear of a salesman and a certain amount of humility. The conventions are in many ways the absence of glamor for celebrity guests. For hours, they sit in plastic folding chairs and hawk autographed photos of their younger, more-employable selves in hotel ballrooms and re-purposed gymnasiums.

Some celebrities loathe such events, but Patrick sees them as a perfectly pleasant way to make a living.

"The people are always happy," he says. "It's a happy exchange, which makes it easy to do."

The show, which ran 1964 to 1966, was filmed back before anyone anticipated long-running syndication. So while The Munsters found new audiences in generation after generation of rerun-watching fans, residuals for its stars were minimal at best. But Patrick can still make money off of events and merchandise.

On the weekend of the St. Joseph trip, he is less than three weeks from his 64th birthday. He dresses casually in shorts, black leather Chuck Taylors and a green flannel with Frankenstein's face printed across the back. The features that made him an unforgettable little monster on TV were mostly Hollywood props. Stripped of his widow's peak wig and pointy ear tips, he looks disarmingly normal. He has wavy brown hair that rises from a relatively straight horizon above his forehead. He stands a perfectly average five feet seven. You can still see the boyishness in his face, and without the green makeup that gave him a pallid look in black and white, he appears tanned and relaxed.

His Munster events season boils down to about to about five months a year, Patrick says, and he collects fees of $2,000 to $5,000 per event. It adds up. Expenses for travel and bills such as upkeep on his Munster hot rods eat a healthy chunk of the revenues, but he is still able to make what he will describe only as a "comfortable" living that allows him to spend his winters by the beach in Florida.

At Crypticon, he has two tables full of merchandise. For sale are eight-by-ten photos of a preteen Patrick as Eddie Munster, sporting the little velvet suit he wore on The Munsters. There are "Team Eddie" T-shirts, Munsters wallets, "Coffin Table" books, Munsters key chains, Munsters dolls, Munsters stickers and even pouches of Munsters-themed dark roast coffee.

"Deadly Grounds — coffee to die for," Patrick says, delivering the slogan with all the music of a radio pitchman.

Even convention-goers who aren't Munsters fans draw closer to see the eighteen-foot-long Munster Koach and gold-painted Dragula hot rods parked behind the tables. Leila, whose tireless attention to detail is the secret weapon of the business, says they began with T-shirts and photos. Now, they have a full online store at Munsters.com, where they also advertise availability for all manner of events, from birthday parties to corporate gatherings.

"We strive to give them something personal," Patrick says. "It's not some William Shatner thing where you wait in line and pay $100 for two minutes."

And if he ends up doing business in the future with one or two of the people he meets, all the better.