COURTESY OF GREENWICH ENTERTAINMENT The Byrds.

Echo in the Canyon

Directed by Andrew Slater. Written by Eric Barrett and Andrew Slater. Starring Tom Petty, Jakob Dylan, Beck and Eric Clapton. Opens Friday, June 14, at Landmark Tivoli Theatre.
It could easily have been a vanity project or, at best, a forgettable promotional film fated to fill a weekend TV slot before disappearing forever, but through its unabashed affection for its subject and the candor of a handful of familiar talking heads, Echo in the Canyon manages to capture the essence of a small period in pop history and illustrate its continued vitality.

From that modest idea Slater and Dylan, functioning as filmmaker and interviewer respectively, have compiled a lively lesson in pop history covering a brief period in music that began sometime in 1964 when aspiring folk singer Roger McGuinn realized that the Beatles were using the same broad guitar chords and harmonies but making musical history with them, and ended three or four years later when the bands who rode the folk-rock wave started to break up, done in by ego, greed and self-indulgence. Emphasizing the songs of the Byrds, the Mamas and the Papas, Buffalo Springfield and the Beach Boys, “Echo in the Canyon” uses a few select songs to capture the era, while letting the artists behind them (David Crosby, Roger McGuinn, Michelle Phillips, Stephen Stills and Brian Wilson, with additional commentary from Ringo Starr, Tom Petty, Graham Nash and others) look back on their pasts with belated insight and few regrets. 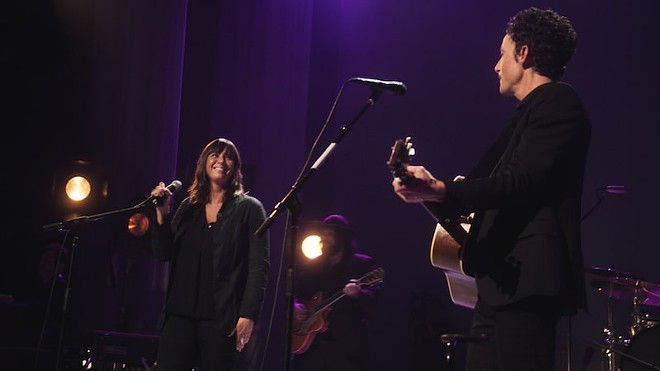 Although the new recordings and concert are ostensibly the film’s subject, Dylan and Slater let them wind through the historical narrative, leading up to them by exploring the original recordings. The musicians describe how they were created, then offer the new versions as respectful recreations. By the time Dylan and company perform them, the songs have developed a life and history of their own: Michelle Phillips, the sole surviving member of the Mamas and the Papas, gives a self-deprecating account of why “Go Where You Wanna Go” was written. Eric Clapton, listening to Stephen Stills’ “Questions,” seems to suddenly realize that he “borrowed” its structure when he wrote “Let It Rain” and proceeds to give Dylan’s version a solo that neatly bridges both songs. Neil Young, conspicuously absent from the interview segments, makes an impish appearance in the film’s final moments, offering a blistering guitar solo to Dylan’s version of the Byrds’ “What’s Happening?”

In short, Echo in the Canyon hits just about all of the notes one hopes to hear in a musical documentary: Terrific performances, personal insights, a healthy dose of technical information (Lou Adler and others compare recording studios), a breezy but exhaustive sense of history, and -- not to be overlooked -- an indulgence in guitar fetishism. If you’re one of those listeners who instantly react to the sound, or even the mere mention of the 12-string Rickenbacker 360, you won’t want to miss it.