Don't Call It a Comeback: So Many Dynamos Releases Safe With Sound After a Six-Year Wait

You can't call So Many Dynamos' newest LP Safe With Sound a comeback album, even if it is the band's first full-length in six years. In St. Louis, at least, the group never really went away. Regular shows were replaced by larger-scale, less frequent performances and thoughtful, genre-blurring collaborations with local hip-hop outfits, brass bands and fellow synth-nerds. A 2012 self-titled EP helped fill the gap, but there is no denying that this iteration of So Many Dynamos is a very different animal from the group that released The Loud Wars on respected but, perhaps, tonally incompatible imprint Vagrant Records in 2009. Line-up shifts have altered the prominence of the guitar in the mix, and years of touring — coupled with the modest but hardly earth-shaking national response to the last album — has left SMD as a stationary band with no current plans of playing outside of St. Louis. Founding members Clayton "Norm" Kunstel (drums) and Aaron Stovall (synthesizer and vocals) remain, alongside guitarists Nathan Bernaix and Stephen Inman, and percussionist Alison Arida. 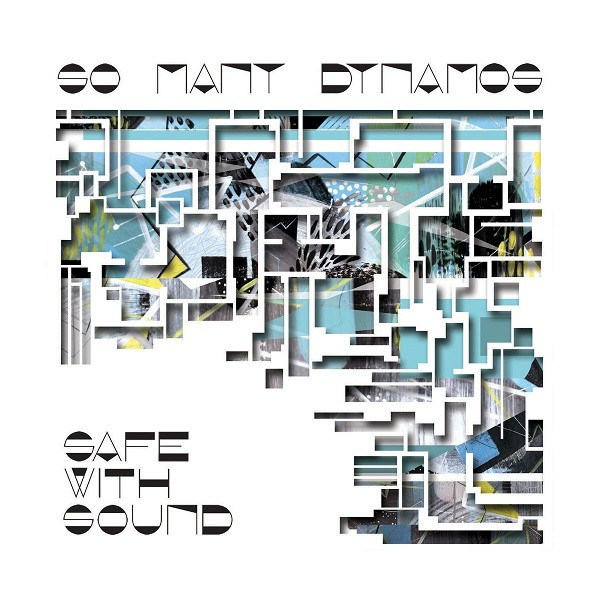 The new album's release was somewhat hampered by false starts and dragging feet. According to Stovall, the initial sessions were completed almost two years ago, and while the band fielded some offers, its members eventually decided to self-release rather than to sign with a label that would expect them to tour and do promotion — hassles that So Many Dynamos didn't want to take on.

"We weren't really sure what we wanted to do, so how do labels approach that?" says Stovall. "I kind of got tired of music after getting burnt out on the business side."

Safe With Sound will have a digital release and a limited run of CDs; the band plans on pressing vinyl sometime next year. If that seems like a subdued approach for a band that, not long ago, was one of St. Louis' leading lights and best bets for national exposure, it fits So Many Dynamos' definition of success.

"We just stopped caring about the whole business side of things and just decided to play for fun," says Stovall.

Freed from reaching for indie-dom's brass ring, the band is launching a relatively low-key release. It is a solid set of songs that retains the kinetic energy of earlier recordings while showcasing rhythmic sophistication and a big-eared approach to influences that go far beyond the band's early days as D-Plan acolytes. For a quartet that first caught local and national attention for its nervy, stop-start tracks, Safe With Sound manages to transmit energy with a slower pulse and a more relaxed ability to dole out its goods piecemeal. Songs on this album are "a lot less spastic," according to Stovall, who adds, "The songs veer left or veer right instead of making sharp turns."

That the band has embraced its funkier, more rhythmically driven side isn't news to those who have caught a show around town over the past few years. But the collision of Cameo synths and Gap Band horn charts, particularly on "Matter of Fact," is an odd bit of zeitgeist-goosing for a track written and recorded more than two years ago (and well before Mark Ronson and Bruno Mars had to chip off a chunk of that "Uptown Funk" songwriting credit to their '70s and '80s R&B forebears). The shock of recognition doesn't stop the song from being a standout here, and an emblem of the band's maturing sound.

That development reveals itself on the opener "Movement in the Motion." Stovall's swooping, gliding keyboard lines make it apparent what a good synthesist he has become. His minute control over the parameters of his instrument, as on the expressive middle passage of "Living Proof," employ familiar tones incorporated cleanly and logically. That same piece stretches comfortably with a relatively relaxed drum track and the guitarists' funkiest strokes.


Stovall credits the rhythmic core for his adaptive playing, as well as a steady diet of Parliament records, where keyboardist Bernie Worrell wrote the book on how to manipulate silicon chips into barking like an atomic dog. Stovall's parts are certainly more measured, but bear traces of that funk lineage.

Competing vocals on "Analysis Paralysis" take some of the weight off of Stovall's ramped-up delivery; he displays more nuance on this album than ever before in his vocal performance, but from song to song his approach shows little deviation. Again, the album's spaciousness helps these songs breathe, even if that spaciousness is only relative to Kunstel's gloriously busy, robotically spot-on drum parts and the guitarists' spidery and repetitious lines. That repetition usually works in the song's favor — patterns get sped up (and rarely slowed down), abandoned and recovered throughout the song until, as on the tail end of "Power Supply," they pile up and mutate.

So don't call Safe With Sound a comeback, but consider it So Many Dynamos' first true St. Louis record for the formerly Belleville, Illinois-based band. Stovall says that these songs sprung from a time when he and Kunstel "started getting ourselves into the St. Louis music scene as opposed to being Illinois outsiders." Those friendships and collaborations, coupled with a prime piece of Cherokee Street real estate, broadened the band's musical identity.

"It made us feel comfortable expanding and not writing the same record over and over again," says Stovall.

So Many Dynamos Record Release Show