"Do You Want to Know the Truth?"

Ken Allen's killers left him hog-tied on the floor. When prosecutors called it an accident, his daughter fought back 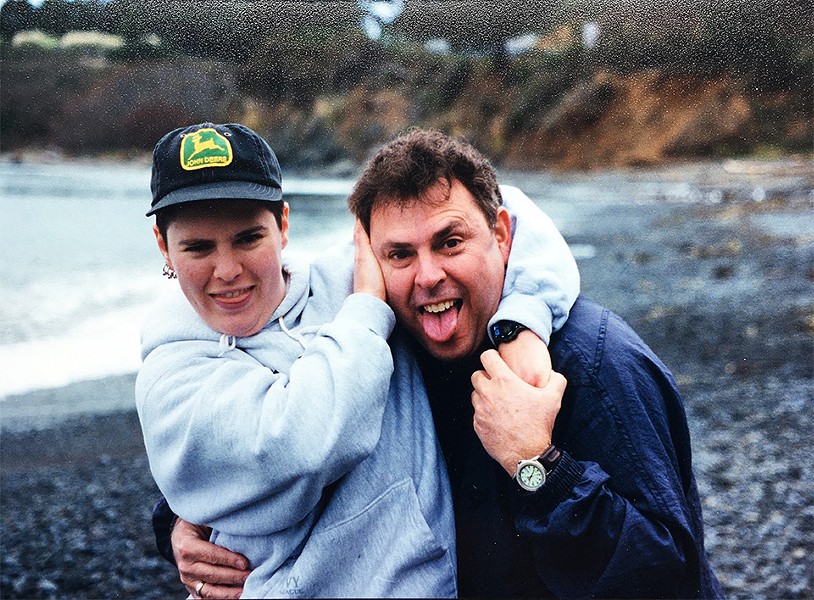 COURTESY OF THE ALLEN FAMILY After Ken Allen's death, his daughter Kallen began poking holes in the prosecutor's story.

On the morning of November 3, 2016, Ken Allen was found dead in his dining room in Washington, Missouri, his hands and legs hogtied with phone cords, his stomach and chin resting on the blood-stained tiles. The medical examiner would later conclude that he'd been put into a sort of wrestling hold, with his assailant pressing against his airways as he choked to death.

Within 24 hours, three people were charged with Ken's death. But they were not charged with murder. Instead, the prosecutor insisted that his death was somehow an accident, the result of a robbery gone fatally wrong.

The facts of the case were puzzling, particularly for Ken's only daughter, Kallen, who couldn't help but wonder about the signs of a struggle noted in the police report, the pool of blood at the crime scene and the injuries to Ken's body. Then there was the fact that Ken had known the suspects.

The pieces didn't line up, and Kallen's maelstrom of grief and discovery came to a head during a meeting in a courthouse conference room in 2017, the moments captured by a camera secretly recording from Kallen's wristwatch.

"Do you want to know the truth?"

The question, posed by the county prosecutor to Ken's surviving family, would shatter their sense of equilibrium and begin Kallen's quest for truth and justice for their family.

According to the prosecutor, Ken had been a pedophile.

Born as Kathy Allen, Kallen (who now uses gender-neutral pronouns) was a freshman in college when they came out as gay to their father during Thanksgiving break in 1990. Then, three weeks later, it was Ken's turn. In an emotional phone call to Kallen, he himself came out as gay. That bond would tie the father and daughter together over years and miles, but as Kallen sought the tolerant social climate of San Francisco and a career in startups as a systems engineer, Ken remained closeted in Franklin County. And though Ken came out to his wife, they opted to remain married.

Ken had met his future wife, Janet, at Southwest Baptist University, and after living on a military base during a stateside deployment during the Vietnam War, the two moved to Franklin County in 1975. That's where Ken's career as a probation officer started to take off.

About an hour's drive west of St. Louis, Franklin County might generously be placed on the outer-most exurbs of St. Louis County sprawl. The county's 100,000 residents are spread over 110 square miles in a handful of tiny towns and two modest cities, Union and Washington. Ken made his home in the latter for more than 30 years.

In Franklin, the rules of small communities everywhere prevailed; standing out wasn't encouraged. Growing up, Kallen quickly figured that out at the hands of school bullies. When a boy in high school showed up to class wearing makeup, Kallen recalls, he "got the shit kicked out of him."

Kallen believes that kind of intolerance surrounded and shaped their father from birth.

"He was not able to live his truth," Kallen says today. "He was a baby boomer, grew up on a farm in rural bootheel Missouri and was more or less a public figure in Franklin County. How do you know how to be gay? How do you be an out gay man in such a place? The answer is you don't."

Not long after moving to Franklin County, Ken was assigned to supervise a newly hired probation officer named Roger Cook. It was the start of a friendship that stretched more than four decades.

"He was a very dedicated professional — he seemed to have it together," Cook says. He remembers Ken as a natural businessman. In the mid-1970s, Cook says, Ken established the area's first programs designed for defendants with alcohol and drug abuse, and eventually he founded a private treatment company — a rarity for a rural area like Franklin County. Ken's ambition grew, and in a matter of years he was managing multiple treatment centers and a host of other probation and social services. And in 2000, Ken's Meramec Recovery Center began handling the treatment requirements for every drug-court participant in the county. The arrangement continued for more than a decade.

But in 2013, the Office of State Courts Administrator terminated its contract with Meramec nine months early, and around that time Ken sold the business to a longtime employee. With his treatment center in new hands and his other businesses largely shuttered, Ken found himself in late-life crisis.

In November 2015, Kallen returned to Franklin County for a 25th high school class reunion, only to find Ken a shell of anxious desperation. He stockpiled guns, maintained multiple phones and fretted to friends about the cars with tinted windows that apparently rolled past his home at all hours. His friends' attempts at intervention were met with vague dismissals.

On that trip home, Kallen remembers asking Ken, for what felt like the hundredth time, if he wouldn't be happier in St. Louis. There, he could experiment with living openly as a gay man; he could abandon his fear of the small-town rumor mill or what his clients might say. "It didn't go well," Kallen says now. He had refused to move, insisting, "This is my home."

When Ken finally offered an explanation for his anxiety, it made Kallen more worried. He claimed that people were spreading rumors about him, and that he'd been targeted for harassment. He had apparently come home one day to find that someone had poured sugar in the gas tank of his vintage Volkswagen Beetle.

But what the harassment and rumors added up to, exactly, Ken never fully explained. Still, Kallen could tell he was obsessing over it, and that it terrified him.

Cook, too, remembers a change coming over his friend. Over lunch in April 2016, Cook says Ken complained about a Franklin County Sheriff's lieutenant named Jason Grellner. Ken claimed Grellner was the source of the harassment — and that the cop and others had used subterfuge to snatch away his company's contract.

Later that year, Ken would file suit against Grellner, Franklin County and the competing treatment center awarded the contract over Meramec. The lawsuit accused Grellner of interfering in Meramec's recovery program by pressuring participants to serve as confidential informants.

Grellner, the lawsuit alleged, had threatened potential snitches with being dropped from the recovery program unless they helped him build drug cases, and, ultimately, aided his political ambitions as a candidate for county sheriff. Grellner, the suit claimed, had also been "spreading false rumors" about Ken to members of the state board that awarded the contract.

By the time Ken filed the lawsuit in August 2016, Grellner had already lost his bid for county sheriff. (Reached by phone, Grellner "completely, 100 percent" denies any wrongdoing.)

Still, Ken was set in his paranoia. To friends and family, he claimed the harassment and rumors were only getting worse. And always, somehow, Grellner was behind it.

"Grellner had apparently made a statement, 'We're going to take care of Ken Allen,'" Cook says, recalling the April conversation with Ken. "That could mean anything, but Ken took it as violence, and a serious threat." Ken told Cook he'd started carrying a pistol.

Cook recalls feeling shaken after his April meeting with Ken. "I really felt sorry for him, the state he was in," he says.

It was the last time the two spoke. Seven months later, Ken was dead.