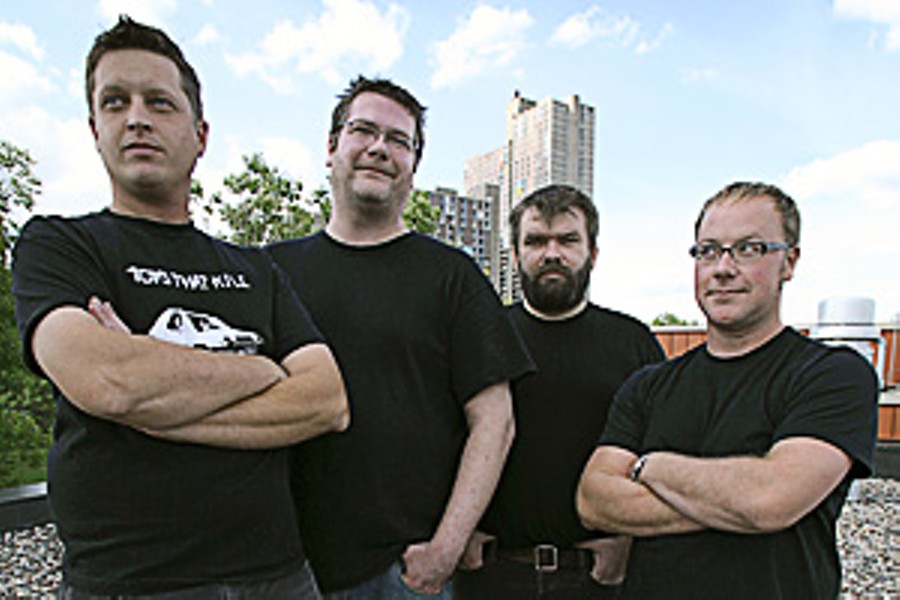 Dillinger Four: The Minneapolis punks ensure we do need this civil war.

The Chinese Democracy of the punk scene, Dillinger Four's 2008 album, Civil War, emerged after six years of delays, complete with an Internet leak mini-controversy that the band itself wasn't that bothered by. But instead of cocaine-dusted megalomania, War brought the abundant hyperspeed hooks that made the Minneapolis quartet one of the most beloved punk bands of the '90s. For sheer pop-punk rush, D4 can beat any Radio Disney spike-heads — and for thought-provoking alleyway poetry, it makes the Gaslight Anthem look like the Archies. Bass player Paddy Costello may not be as quick to get nude these days (and who is?), but rest assured, punk true believers: There's still nobody else who can get your fist in the air and a tear in your eye like D4.