I was excited about shopping in Maplewood. It's currently being revitalized, with an influx of restaurants, businesses and shops. I was thrilled to see what the city had to offer.

My first stop wasPenzeys Spices (7338 Manchester Road, 314-781-7177). I love this place because it has every type of spice you could imagine – and even some you can't. With the holidays approaching I needed poultry seasoning for my roasted turkey and homemade turkey broth. I also picked up some Vietnamese extra fine cinnamon to use in the decadent bread pudding I make forMiss Leon's Soul Food Thursdays at Hiro Asian Kitchen (1405 Washington Avenue, 314-241-4476). I absolutely adore the ladies who work at Penzeys. They are so friendly and willing to help you find the right spice for whatever you are making, no matter how long it takes. 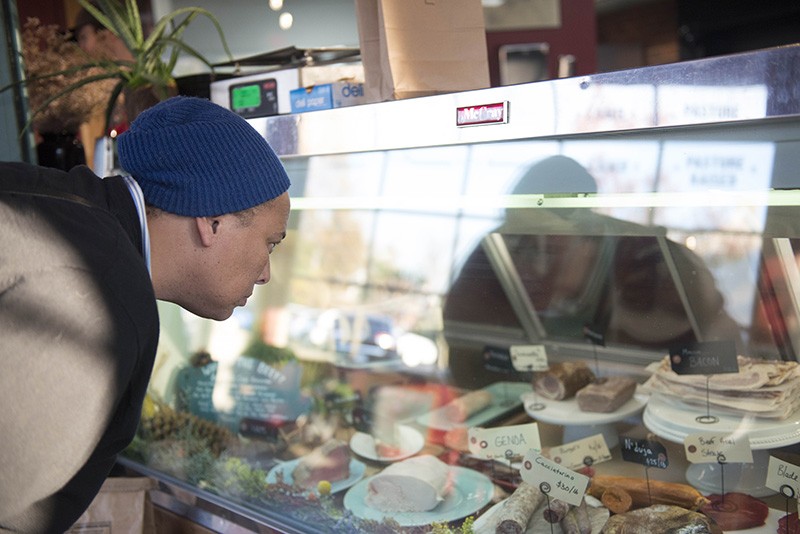 I headed around the corner to Bolyard's Meat & Provisions (2810 Sutton Boulevard, 314-647-2567). Bolyard's offers the very best and freshest pasture-raised meat in St. Louis, and I like that their products are raised in Missouri or on small Midwestern farms. I went in looking for some oxtails because it's that time of year when people start begging for my oxtail stew. I saw on their display board that they had them, but I didn't see them in the case. I asked the young man behind the counter and he stated that they cut the tail to order. Say what?!?!? As he was cutting the tail for me I noticed that they had housemade hog's head cheese. I told him about how when I was little my father always made hog's head cheese and would try and scare me with the hog's head, and that I would love to make some but hadn't been able to find a butcher that sells a hog's head. He said they would order me a head or even a half-head, whatever I needed. As I was waiting on my oxtail, he handed me a slice of headcheese. It tasted so good and instantly reminded me of my father. Of course I bought some. 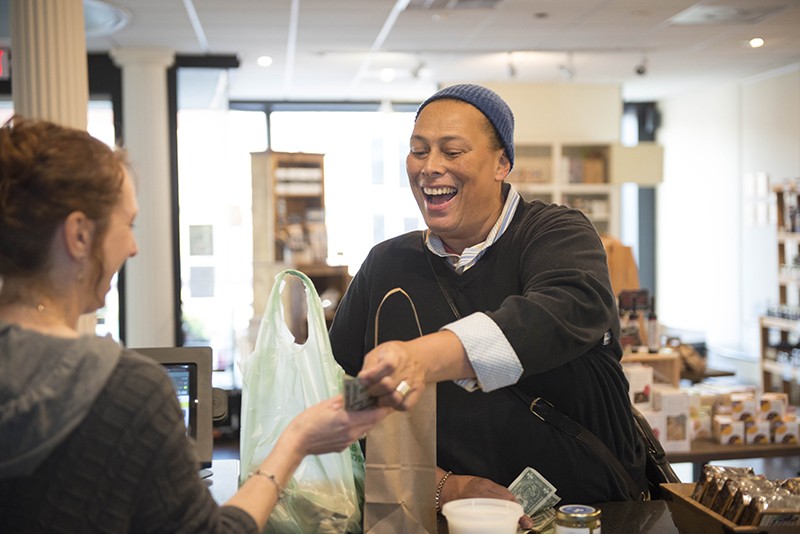 I ventured down to Larder & Cupboard (7310 Manchester Road). The store prides itself on providing specialty foods that you can't find anywhere else. I was immediately drawn to a case that held containers of homemade lard. I couldn't believe it. Lard makes the best pie crusts. I remember all the pies I made with my grandmother, and she always used lard to make the crust. I can use this lard when I'm making the crust for my peach cobbler at Hiro. I also bought some bread and butter pickles that would go perfectly with my famous fried chicken available at Hiro on Thursdays and Sundays.

I had an awesome time shopping local in Maplewood. All the salespeople were so friendly, helpful and willing to spend as much time with me as needed. They not only engaged in friendly conversation, they actually listened to my family stories. You gotta love that.

Oh, and I made one final stop. Bouffant Daddy's (7276 Manchester Road, 314-647-6800) is not only a hair salon – it also sells handbags, jewelry, hats, scarves and accessories. I found an American flag scarf that matches my coat wonderfully. I could be fashionable and patriotic during the holidays. I also bought some hair-care products because not only do I need to have my wardrobe together for the holidays, I got to have my hair together too. -- As told to Cheryl Baehr