Annabelle, an effective prequel to horror pastiche The Conjuring, surpasses its predecessor simply by virtue of occasionally being scary.

Both films are over-reliant on deafening sound effects and side-eye glimpses of underwhelming ghosts. But Annabelle's scare scenes are better paced and more thoughtfully lensed. Its hokey, funhouse-worthy spooks -- a satyr-like demon and nightie-clad cultist -- aren't more frightening, but they are presented in a superior light.

The films are stylistically similar but are only narratively related by a common prop: a haunted, Lady Elaine–esque doll.

That goofy-looking toy is one of several formerly inanimate objects that pick on expecting couple John and Mia (Ward Horton and Annabelle Wallis) after Satanic cultists attack their idyllic suburban home. Even after moving to a new apartment, Mia fears for her unborn daughter's life when she's summarily assaulted by everything from a creaky rocking chair to a black baby carriage.

Annabelle is not showing in any theaters in the area. 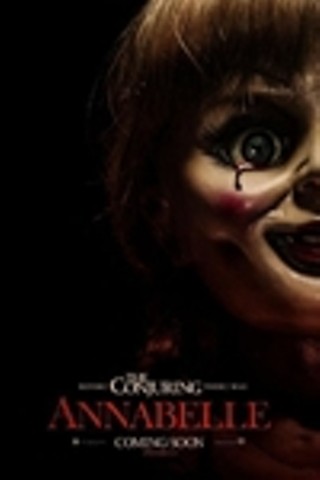