WARNER BROS. Warren Beatty is confused for a gunman in McCabe & Mrs. Miller.

The American western circa 2016 is in hiding, its appearances so rare and generally disappointing that one is tempted to finally write its obituary. But genres never really die, no matter how little sustenance they may receive. The current cycle of DVD/Blu-ray releases includes three examples of the western at its strangest and most unruly, each gorgeously restored and overstuffed with supplementary material.

The long and troubled history of Marlon Brando's One-Eyed Jacks, the only film the actor ever directed, has surpassed the reputation of the film itself, leaving the new Criterion edition to serve two functions. It provides both a superb new print of the film and a behind-the-scenes story of its slow path to the screen, which included three source novels, a half-dozen writers (including Sam Peckinpah), the hiring and firing of Stanley Kubrick, a six-month shooting schedule (with additional script changes and reshooting a year later) and $6 million before final hitting theaters in early 1961. As a further indignity, the film fell into public domain in the 1980s and, for the last three decades, has been available only on low-budget, third-generation videos. 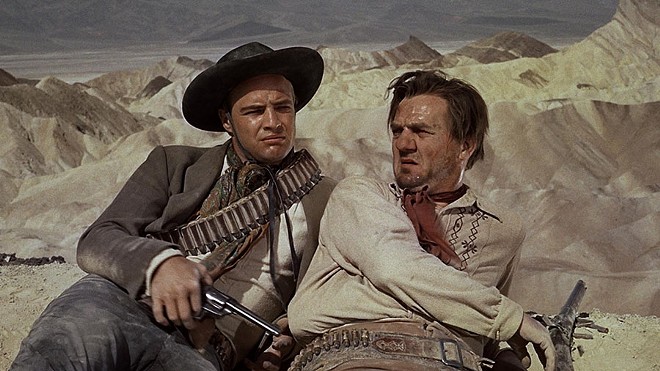 The Criterion edition offers an introduction by Martin Scorsese, a pair of video essays offering detailed analysis of the film and its legacy and, perhaps most interesting to Brando fans, 30 minutes of private audio tapes of Brando discussing the script and his directorial ideas. As for the film itself, it's a brooding psychological retelling of the exploits of Billy the Kid, with Brando as the outlaw Rio, seeking revenge against a former partner/father figure, aptly named Dad (Karl Malden).

It's easy to mock Brando's grand visions and inexperience. He spent hours improvising and rewriting most scenes, and famously spent a full day waiting for the ocean waves in the background of a shot to reach an appropriately photogenic scale. But his instincts mostly proved right for the film, if not for the accountants. It's a visually stunning epic, defying genre cliches and offering first-rate performances by Brando, Malden and a long list of familiar cowboy faces. Andrew Sarris once gave the film faint praise by stating that "Brando has shown us that a film can be made without a director," but in fairness, One-Eyed Jacks is the work of a director still in formation, a perfectionist to a fault.

Olive Films, one of a handful of home video labels specializing in preserving the neglected back shelves of the Hollywood libraries, has recently begun Olive Signature, its own Criterion-like series of features-heavy film restorations. Among their initial releases are well-respected classics (High Noon, The Quiet Man), deserving rediscoveries (Welles' Macbeth) and a few titles that are off the deep end (Night of the Grizzly?).

At the top of the list is a film that fits all three of those descriptions, Nicholas Ray's hot-blooded melodrama Johnny Guitar, a tale of lust and lynching which may also serve as screenwriter Philip Yordan's critique of the Red Scare, restaged as a western face-off between sultry bar owner Vienna (Joan Crawford) and her shrill, repressed adversary, the androgynous Emma Small (Mercedes McCambridge). Caught in the crossfire are outlaws with names like Turkey and the Dancin' Kid, and most significant, the titular Mr. Guitar (Sterling Hayden), a former lover of Vienna who has traded his guns for six strings and arrives on the scene just as the woman from his past is about to start a turf war. The Olive edition pulls together several informed featurettes on Ray, Republic Pictures, the blacklist and (of course) an introduction by Martin Scorsese. All are of interest, but take a clear back seat to the crazy pleasure of Ray's heated mix of revenge and romance, restored to its original Trucolor richness. 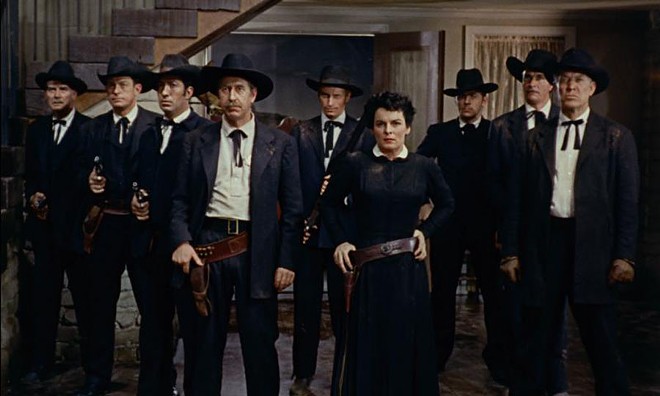 The same genre that inspired Brando and Ray was given a serious debunking a few years later in Robert Altman's achingly beautiful McCabe & Mrs. Miller, another exceptional Criterion restoration. Altman's 1971 film, aided by Vilmos Zsigmond's innovative cinematography, is a hazy, snow-and-smoke-veiled Western fantasy. It's also a crossroads for two of the director's favorite themes: the construction of a multi-character community and the scrupulous dismantling of a major American myth. When gambler John McCabe (Warren Beatty) rides into the village of Presbyterian Church, local gossip misidentifies him as a notorious outlaw and gunfighter, a distinction that allows him an increasing social status but also leads to his downfall.

Altman, who directed dozens of hours of TV westerns in the 1960s, shows the perils of the old West, the easy seductions of success and influence and, most of all, the danger of believing in bigger-than-life heroism. Aided by his no-nonsense business partner Mrs. Miller (a radiant Julie Christie), McCabe embraces the role of the hero and becomes its victim. The "print the legend" myth-making of John Ford's West is stripped down, revealing a chaotic and easily manipulated society, its hymns and marching songs replaced by a sparse and lonely soundtrack of Leonard Cohen songs. The Criterion edition, with the usual extras (including a 1971 appearance by Altman on The Dick Cavett Show), is a worthy presentation of a bitter American masterpiece.