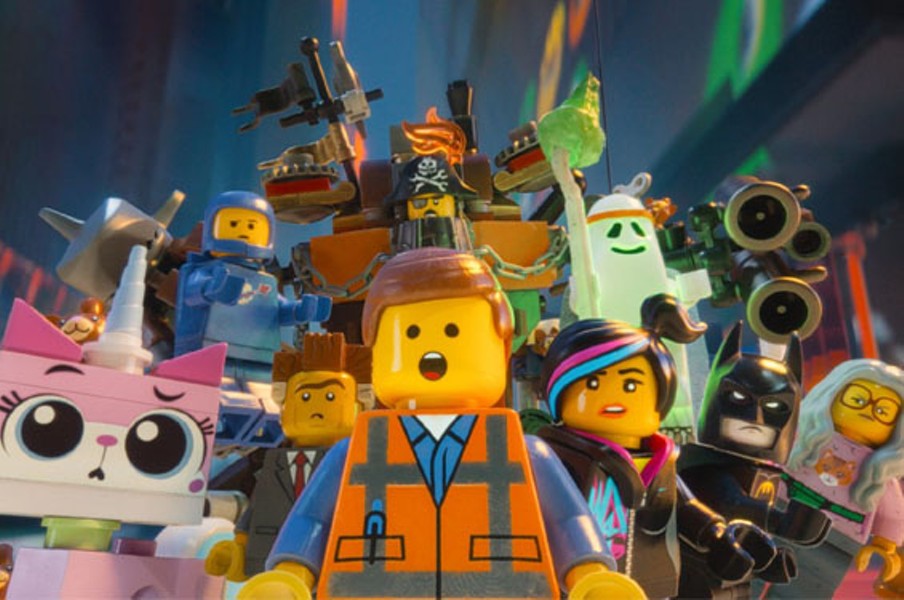 Consider the Lego, the toy of contradiction. With one — well, with hundreds of them — you can build anything: houses, airplanes, house-airplanes. You can even build something that will change the world, as Larry Page and Sergey Brin did in 1996 when they housed the server for their new invention, Google, in handmade Lego casings.

Yet each brick is constricted by rules. Pieces have one dot, four dots, eight dots, but rarely five. They come in red and blue, but never plaid. Ovals are scarce, triangles nonexistent. Invented in Denmark on the cusp of World War II, Lego, for the next four decades, offered only a world of uninhabited buildings devoid of people and life, like the watercolors Hitler painted in art school. And when the Lego gods created man, the "mini-fig," he was startlingly conformist. Each had the same height and same face, and if the company hadn't forbidden their toys to dress up as soldiers (a brave choice, given the kid appetite for war games), they could have served as the perfect playset to reenact The Triumph of the Will.

More recently, Lego have found freedom through segmentation. Instead of the jumbled box of bits of my childhood, Lego now come packaged in licensed kits with pictures and instructions showing children exactly what to make, be it Star Wars' Millennium Falcon, Tolkien's Tower of Orthanc, or Bruce Wayne's Batcopter. Individuality begets even more rules than before. The only thing to do that's truly free is throw away all the packaging and invite a kid to create anew.

So, yes, consider the contradictions of the Lego. Because The Lego Movie writers-directors Phil Lord and Christopher Miller have. To their credit, they've embraced the commercial and the cynical, creating a goofy cartoon that will sell enough tickets and toys to keep their bosses happy while facing head-on the fact that these bricks are kinda, well, fascist.

Our hero is a mini-fig named Emmet Brickowski (Chris Pratt), a construction worker (of course) who discovers he is the prophesied chosen one, a Hollywood trope as stiff as his joints. He awakens in a darling dystopia where everyone has a smile on their face and a specific role to play, be it barista, cat lady, or surfer. There's only one hit show, Where Are My Pants?, and one hit song, the excruciatingly catchy Tegan and Sara and Lonely Island jam "Everything Is Awesome!" And when Emmet, despite his passionate desire to blend in and follow the roles, inadvertently finds himself glued — glued, of all things! — to a non-Lego red rectangle, he winds up the target of the evil President Business (Will Ferrell), a looming figure in towering brick KISS boots, along with his robot minions and a head-rotating policeman named Good Cop/Bad Cop (Liam Neeson.) At least conformity has one plus: When Bad Cop runs Emmet's profile through the police scanner, his face is so generic it matches everyone in the computer.

Lord and Miller have a deft and daring sense of the absurd. They give us a world where everyone is literally a cog, make us root for Emmet to build things he's only dreamed of, and then circle back and ask if there can be too much creativity, as when Emmet and his allies Batman (Will Arnett), an astronaut (Charlie Day), a pink unicorn kitten (Alison Brie), a rebellious punk (Elizabeth Banks), and a godlike Lego sage (Morgan Freeman, natch) attempt to make a submarine without coordinating their plans. Should there be a supreme builder? And with the appearance of mysterious man-size relics — a golf ball, a bandage, and, most threateningly, a tube of Krazy Glue — is it possible that there's a larger supreme builder that none of them has ever seen?

The theological implications are such a pleasurable head trip that it's a disappointment when The Lego Movie zooms out in the third act to show us the humans calling the shots. Did some exec say they'd sell 22 percent more toys if they showed someone famous actually playing with this stuff? But the casting misstep is balanced out by Lord and Miller's commitment to mining the material for every possible joke: explosions that look like Cubist art, Bad Cop's attempt at ironic air quotes, the ability to transform your enemy's plane into a baby carriage, the inability to tell Lego Gandalf from Lego Dumbledore.

In sequel-crazy Hollywood, where corporate partnerships are increasingly calling the shots, Lord and Miller are the best in the business at making creative, intelligent comedies out of pre-existing properties like Cloudy with a Chance of Meatballs and 21 Jump Street. They care, unlike the paycheck-cashers who churn out movie versions of Hasbro toys as though they're just connecting starlet A to plot point B by rote. Lord and Miller do great work within constraints, taking pre-made pieces and fashioning them into feats worthy of applause. It's no wonder they made a Lego movie — and it's no wonder it's so good.

The Lego Movie is not showing in any theaters in the area.