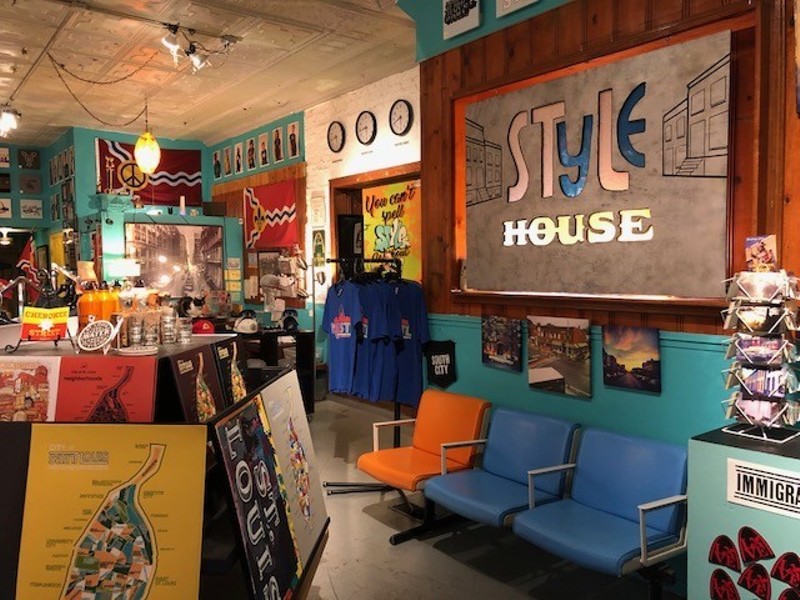 Since getting its start as an online operation way back in 2001 and especially since the opening of its brick-and-mortar location in 2010, STL-Style has been the city's one-stop shop for hometown pride that is hip and hilarious rather than hokey and homogeneous. A mundane stock image of the Arch along with the city's name just isn't gonna fly in a city as weird and wonderful as St. Louis — a simple truism brothers Randy and Jeff Vines recognized when they first opened up shop. Here, instead, we find sly references to STL-specific in-jokes (a shirt depicting a stop sign that says "ROLL" instead, because "that's how we stop"), clever wordplay ("St. Louis: The Perfect Ghettoway") and even profanity-riddled civic pride (the "Saint Fuckin' Louis" shirt is an all-timer). This year, STL-Style released one of its most spot-on creations yet, a shirt featuring the infamous Delmar Loop Trolley depicted as the hell-on-tracks monster it is, completely empty and murdering a bicyclist while wearing the shorn doors of its vehicular victims as earrings. It's a testament to the shop's ability to keep its finger on the pulse of St. Louis — and further proof that STL-Style is an unparalleled local treasure.

Previously in Best of St. Louis