Because Our Music Scene Gives Vegas a Run for Its Money 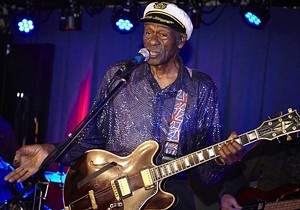 When you think Las Vegas, you think entertainment. In addition to the gambling and almost-legal prostitution (always entertaining!), there are the bright lights, the magic shows and the music — oh, the music. Nowhere in America can you see more Elvis impersonators on any given night, filling the vast number of stages in town with shimmering sequins and '50s favorites.

Subtract the Elvis worship, though, and St. Louis gives the Sin City a run for its musical money. According to Wallethub, a consumer website that tracks and ranks U.S. cities on an array of topics with varying degrees of real-world relevance, St. Louis ranks sixth out of the nation's largest 100 cities for overall recreation — barely beaten by Vegas, which came in fifth.

Interestingly, one of the metrics the site used in its research — the number of music venues per capita — had the two cities in a first-place tie. Meaning St. Louis is just as saturated with places to catch live music as one of the most famous musical meccas in the whole country.

Granted, that's "per capita," and Vegas has nearly double the population we do. But that same per capita math is what frequently lands our city on those bullshit "murder capital" lists every year, so we're gonna go ahead and take this one. Plus St. Louis is indeed overflowing with music venues, as each week's stacked roster of concerts can readily attest.

As for Elvis? You can keep your rock & roll impersonators, Vegas. We got the real Chuck Berry right here.