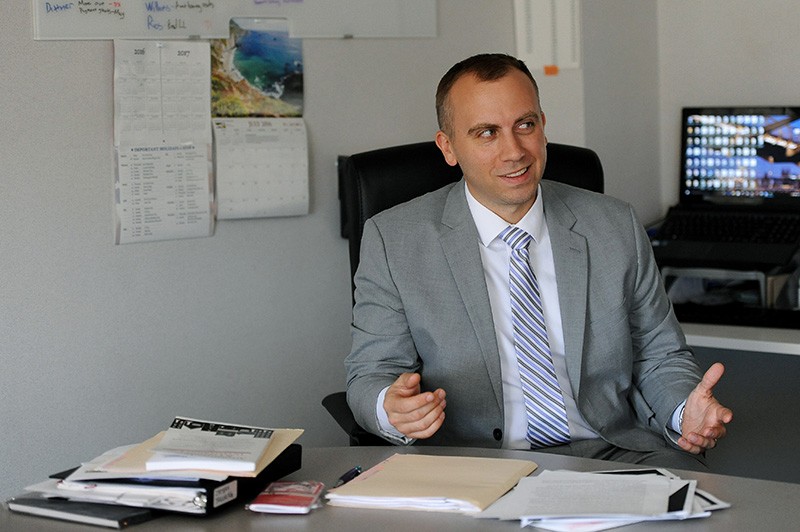 It's not just Asprient's eviction tactics that cause concern. "The leases themselves are problematic," says Schmook. "They give Asprient a lot of authority over the tenants that may or may not actually be legal."

One lease obtained by the RFT included clauses that allow the landlord to terminate the lease if the tenant breaks any of 23 listed rules, and also gives the landlord the right to change those rules at any time. These rules bar tenants from operating their own thermostats, swearing or leaving grease on their stove. Another clause deducts a non-refundable $75 for "administration fees and inspection fees" from the security deposit. The same clause permits the use of that security deposit to pay $50 to $90 towards government inspections.

According to a class action lawsuit filed by St. Louis attorney Cyrus Dashtaki, the last two clauses are explicitly illegal. According to Missouri law, security deposits can only be used to pay for damages and late rent. (Dashtaki declined comment, saying he does not discuss pending cases.)

Those security deposits have been the subject of dozens of complaints, both to the BBB and in lawsuits. Several tenants who talked about their Asprient experience with the RFT say they were told verbally that their apartment was in great condition. But not one of them received their full deposit refund.

One "move-out" receipt provided to the RFT says, "$165 lease charges & $45 unit charges = $255 charges." That's a math error that one tenant says cost him a $40 refund. (That same tenant says he spoke with maintenance, who told him he should receive his entire deposit back because his apartment was in good condition.)

Another tenant, Lisa "Ann" Teren, took Asprient to court over her security deposit. Her lawsuit details many of the same problems as other tenants reported to the RFT — poor communication, unrefunded deposits — as well as some bigger ones, including piles of trash in hallways that contractors didn't clean up.

EHOC has reviewed Teren's complaints, and several similar ones. Schmook says, "They don't take a lot of consideration for folks that are actually living there when they start stripping stuff off the walls or changing the floors. People are basically living in the middle of a construction zone unless they agree to be moved to an already renovated site, often at a higher rate."

But that's not what Teren sued over. She sued because Asprient charged her, among other things, $500 for a bleach stain on her unit's carpet. That's even though her move-in form (filed with her original landlord, who owned the building when she moved in) listed the stain as pre-existing.

In her lawsuit, Teren says she twice requested her security deposit, in addition to a reimbursement for the costs of representing herself in court. Her suit also cites the law at issue in the class action suit filed by Dashtaki.

She won when a circuit court judge ruled in her favor in April. She didn't get the full amount she sued for — just a refund of her original security deposit. Even then, Asprient appealed the case.

"I think it's not about the money for them," Teren alleges. "They don't want it to show on record that I won so that they can take advantage of other people. They get off easy even if I do win all my money, because there's numerous other people that they have taken advantage of."

Finally, last month, Asprient wrote Teren a check for the deposit money and dropped its attempt at appeal.

To Teren, the refund didn't cover everything she lost pursuing her claim. But in the end, she says, she just didn't want to lose any more time to the company. She cashed the check.