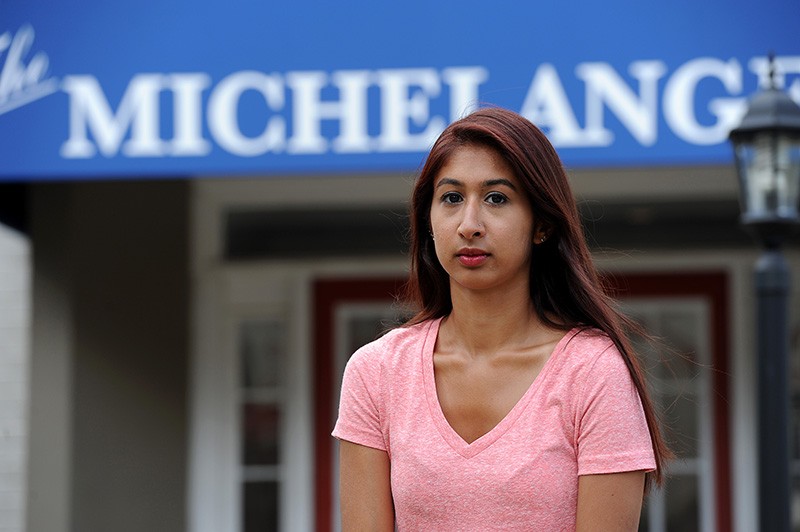 Leah Dublin and her neighbors aren't the only St. Louis residents to have tangled with Asprient.

Since its founding in 2002, the privately held St. Louis-based company has grown from a small concern to a big landlord in some increasingly sought-after neighborhoods, including the Central West End. Asprient now boasts more than 1,200 units that attract young, lower-income and student tenants.

The company maintains a low profile — other than founder Sid Chakraverty being named to the St. Louis Business Journal's "30 Under 30" list in 2012, Asprient has engendered little press coverage. But it's garnered dozens of one-star Yelp reviews claiming mismanagement and shady dealing, several Reddit threads devoted to warning prospective tenants to "stay away from Asprient," 34 complaints with the Better Business Bureau in three years, and at least 22 lawsuits filed against the company or its agents.

While some of these renters' complaints are less extreme than Dublin's, many share common themes. As just one example, Elif Ilhan and her fiance signed a lease in the same building as Dublin, starting July 1, 2014. But an Asprient agent contacted them to say the apartment building was full and they couldn't move in until August. After some finagling, the couple got an apartment on July 14.

The next year of their lives was full of surprise fees and often-broken appliances. "I don't understand how they still have any business at all," Ilhan says. "I have never heard anything positive about them since living there. Almost everyone I knew in their complex was unhappy with how things were going with them."

Some of the stories have drawn the attention of the Metropolitan St. Louis Equal Housing and Opportunity Council, or EHOC, a local not-for-profit fair housing enforcement agency that takes complaints relating to potentially illegal or discriminatory actions by landlords.

Zachary Schmook works as the managing attorney for EHOC, where he's seen clear patterns in the complaints the agency receives about Asprient.

"They take over and clear a property to gentrify it," Schmook explains. The people who get hurt are often the current tenants, who signed leases to other landlords — and then find their rents increased by Asprient after the purchase. "It seems like they have a motto of: Take over a new property, flip it, try and charge [more] rent."

Based on the reports Schmook has seen, tenants who don't sign a new Asprient lease allege that they've had their locks changed illegally, or been threatened with lock changes and otherwise inconvenienced — until they move out, leaving room for someone who will pay a higher rent.

Those people are often grad students or transplants, like Dublin and her neighbors at the Michelangelo. And once they move in, their concerns often trigger a whole new round of complaints.

Since 2013, Schmook says, Asprient has been named in the second highest number of complaints against any individual landlord in EHOC's jurisdiction, which covers all of metropolitan St. Louis in both Missouri and Illinois. The company is topped only by the St. Louis Housing Authority, which manages about 3,000 units and 7,000 additional vouchers for those seeking public housing. Asprient, by its own accounting, has closer to 1,300 units. Yet EHOC has received only two more complaints about the housing authority than Asprient.

"Most of the worst landlords we deal with tend to be very small landlords who just don't know what they're doing," Schmook says. "Most of the bigger landlords can be expected to follow the regular procedure and go through court processes. It's unusual to have someone who is big like they are, but also, based on report, at least, taking these extralegal means to accomplish the evictions."

Through its attorney, Asprient declined to comment for this story.

The complaints made to Schmook's agency show multiple concerns, including utility shut-offs by the landlord, illegal evictions, improper termination notices, problems with security deposits and even one allegation that a tenant was coerced into renewing a lease. Reports about Asprient make up seven percent of all complaints EHOC has received about landlord utility shut-offs. The complaints come from six different Asprient properties, all in the Central West End.

Schmook notes that it's important to understand that these complaints only reflect calls that EHOC has received, not the general tenant experience city-wide.

Schmook also notes that additional complaints may have been filed under Asprient's multiple aliases, and as such could be excluded from the data he's surveyed. EHOC has found that Asprient uses aliases that include variations on "Kilamanjaro" (spelled incorrectly in several limited liability company names), K2, Alps, Katmai, Mauna Kea, Himalaya, Yukon, SLU Apartments and Ludwig Partners. Lawsuits and consumer complaints have been filed against several of these names; others have been filed against Asprient or Chakraverty himself.

One such lawsuit was filed by a tenant named Nancy Cunningham. In 2015, Asprient purchased her building. Several months later, Cunningham sued Chakraverty and Asprient for constructive eviction, negligence, trespassing and infliction of mental distress.

Cunningham had lived in her building for seventeen years before Asprient bought it, during which time she was an "ideal tenant" — never once late on her rent, according to the petition filed by her lawyer, Eric Banks.

Then came the day described in her lawsuit.

Banks writes that Cunningham returned from a "grueling day of work" to "enjoy the peace and comfort of her home and pets and to nurse a potentially chronic medical condition." But when she reached her door, she found that her key no longer worked.

She had received no notice from Asprient that her locks would be changed, the suit says.

While Cunningham left the building, seeking help for her medical condition, the suit says, Asprient unlocked her door. But staffers never notified Cunningham; her neighbor found the door unlocked.

And when Cunningham was forced to take off work to get new keys from her landlord, the employee handling the transaction "behaved in a surly manner, as though all of this was somehow Plaintiff's fault." As Banks writes, she "never received the courtesy of a response not to mention an apology."

Cunningham's petition suggests mere incompetence as the cause: "Competent employees don't confuse fully furnished apartments with that belonging to a squatter." But Schmook notes that Cunningham's case looks similar to multiple other complaints coming from individuals who did not sign new leases after Asprient purchased their building.

The suit has since been settled out of court.