Ashley Byrne's Debut Album Is Now Available for $6 Instead of $1,000 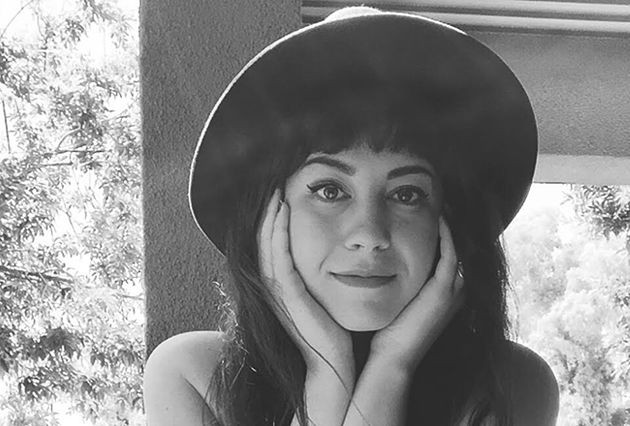 Local singer-songwriter Ashley Byrne admits that she has no real plans to make it big as a musician. Working by day at a mortgage company, the 24-year-old also has no grand delusions of striking it rich. Still, when she posted her debut solo release Bedroom Ballads on Bandcamp in late September, it came with a shocking price tag: $1,000 for the nine-song album. In an age where music is routinely devalued, was Byrne's album and price point a get-rich-quick scheme or meta-commentary on artistic commodification?

Quite the opposite, says Byrne. In fact, she was surprised that anyone found the album in the first place. It was posted with no fanfare or press releases; in fact, she only made it public so that her backing band could learn these songs — songs that Byrne was still fiddling with.

"I told them, 'Guys, these aren't the final cuts; I don't want you to download them or get married to them or anything. I want to be able to change things,'" says Byrne.

But as it stands, Bedroom Ballads introduces a mature, and still maturing, artist. While the album's palette is relatively bare-bones — just Byrne's voice and MIDI keyboard parts recorded into GarageBand — she displays delicate command over both instruments and deploys them with precision in these elliptical and sometimes diaristic songs.

Over drinks on a perfectly brisk late-October evening, Byrne relays her musical history, which began with folk and rock-centric bands in high school and college. Byrne describes her most recent (and still ongoing) band, Monkey Girls, as a dream-pop act "like Blondie meets Cocteau Twins meets Alvvays."

For her solo work, Byrne leans toward what she calls "singer-songwriter, love-ballad folk" like Vashti Bunyan and Carole King. And while romantic love and its many entanglements pop up on the album, it was a different kind of relationship that encouraged Byrne to begin work on a solo project after many years working as part of a band.

"I wrote my first song shortly after my grandfather passed away, who I was very close to," she says. "And it just came out of nowhere; after I wrote that song I used a different part of my voice that I don't normally use. I usually sing higher, and I tapped into this different sound. After that song, I decided 'I'm writing an album. I need to do this for myself.'"

That song, "In Dreams," comes early on this album. Her original version of the song included clips of her grandfather talking to Byrne, though she eventually excised them because it was "too hard to keep listening to over and over again." She does, however, have another recording that merges their voices — an album of Christmas songs recorded not long before her grandfather's death last December.

"He could sing!" she says. "He had a voice like Bing Crosby or Dean Martin — very deep and handsome and strong. Everyone in my family says I must have gotten my voice from him."

Byrne's vocal gifts, which take center stage on this recording, owe more in their development than just genetics. Opening track "Lived Long" introduces Byrne as a soloist in a church choir, her multi-tracked vocals settling into sometimes austere harmony against a well of reverb and a subtle, tremolo-heavy keyboard pattern. It's a fearless way to open her first solo outing, and on the rest of the album she drifts from coy delivery to steely resolve. Whatever mood she channels, Byrne doesn't flinch or pull punches.

She studied vocal performance at Truman State University, where she "felt very much like a black sheep in school," having never taking music theory or classical training before. "I just knew that's what I loved to do — that's what I did with all my free time in high school, so that's the skill of mine that I want to develop most."

And while she didn't pursue operatic music past college, her ability to modulate her voice is an ongoing process, as if the depth she channels in her lyrics has found its complement. "The deepness was more somber and a little more commanding, and it wasn't me saying, 'Listen to me, trying to sing pretty and sing these pretty melodies.' It was, 'Listen to me; hear me; I have something that I actually want to say.'

"Even just the themes on this album, and actually, lyrically, what's on this album is super personal and something I have even been nervous about," she continues, remarking on some of the songs' more naked and unfiltered moments. "I know my family is going to listen to it, and you have 'You Don't Know My Name' on there." (In the song's deceptively lilting chorus Byrne chides a lover, "You asked me if I came, but you don't know my name.")

Byrne says that the album is still a work in progress — she claims that she wrote the last song just last week and may swap out some songs — but that she's ready to stake her claim as a solo artist with Bedroom Ballads, even if it means charging quite a bit less than $1,000 per album.

"It's a commitment to me being completely myself and putting it all out there," she says.