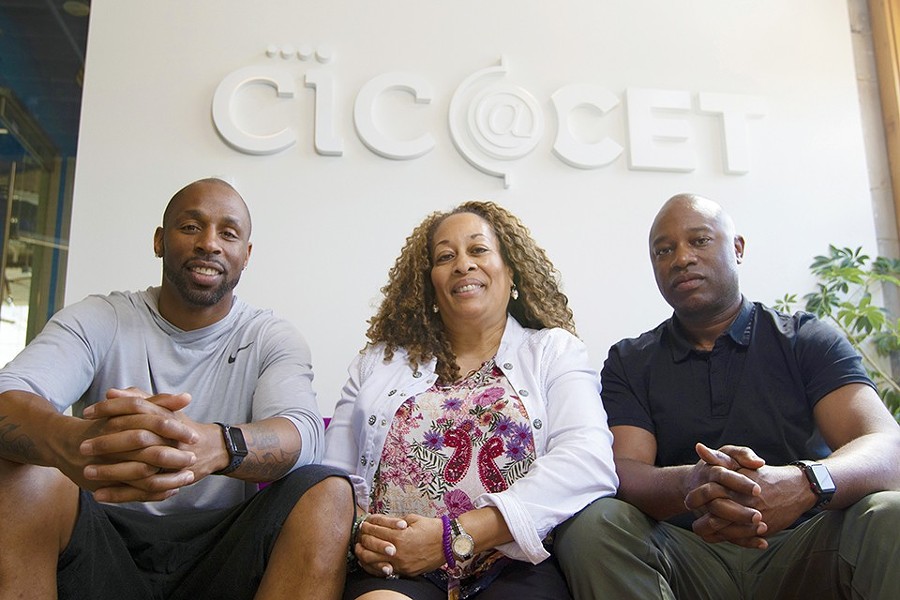 Talk to anyone applying for a cannabis license in Missouri, and chances are, they'll tell you they're doing so because they have already witnessed how cannabis has helped someone close to them — a parent, a son or daughter, a spouse.

A.J "Joe" Ingrande, runs a not-for-profit group in Troy, about an hour's drive northwest of St. Louis. Grande's group, Mission 22, helps troubled military veterans. It's named for the estimated 22 military veterans who kill themselves on average each day.

Ingrande, who speaks in an earnest tone and calls himself "a big Second Amendment guy," is all in on cannabis. He says he knows first-hand how much it's helped him and many people he knows.

An Army infantry veteran of Operation Desert Storm, and the survivor of a friendly fire incident that left him with PTSD, Ingrande uses medical cannabis to treat a sleep disorder. It also helps his wife, who suffers from seizures, he says.

"And I saw that my friends were getting help from it," Ingrande tells a reporter while attending CannaConStl, a two-day cannabis trade show that occurred in April at a hotel near St. Louis Lambert International Airport.

The event drew dozens of vendors and hundreds of aspiring entrepreneurs, included a long list of featured speakers, including keynote speaker Keith Stroup, the founder of the National Organization for the Reform of Marijuana Laws.

The vibe throughout the two-day conference was a sort of energized chill. After years, even decades of fighting the system — often risking lengthy prison sentences — these activists, entrepreneurs and medical professionals knew they had won. Society had finally caught up with them.

Kathy Baldwin wants to open a dispensary in St. Charles County with three of her sisters. A retired dental hygienist in her early 60s, Baldwin said she's learned how medical cannabis could have helped her late father, who passed away from lung cancer and Alzheimer's.

"People seem to be educated," she says of conference participants. "I think if you're educated, it could really change your mind."

For his part, Ingrande has already ponied up $10,000 in a license application fee for a dispensary, and he's paid a consultant another $15,000. None of that money is refundable if his group doesn't get a license. But the financial risk is worth it, he says.

"It's like racing," he says. "You don't go into it to finish second. I see a huge market for this in terms of who is actually going to be considered patients."

One month later, the same spirit motivating Ingrande propels Steven Burroughs to rise early on a Saturday morning, drive about an hour from his home in Ste. Genevieve and spend $250 of his own money to attend a four-hour "budtender" training seminar put on by Florida-based HempStaff. Held at the Embassy Suites St. Louis, the seminar draws three dozen aspirants to learn about a career field that, on average, pays more than $32,000 a year, as well as laws governing Missouri cannabis and the intricacies of providing patients with the strains of weed most helpful to them.

"There is a lot to benefit from, from a young age to death-bed type of thing," says Burroughs, 25, a food service worker. "There is a lot more to extract from it that everyone can benefit, not even psycho-actively. It's wild.¨

Burroughs acknowledges that his family is against cannabis. But when they learn more, "They will change their minds," he says. They will. I guarantee my family will benefit from it."

Lauren Deroffett, 27, of St. Louis, says she has long used cannabis for recreational and medical reasons. Budtending seems a natural extension of that interest, she says.

"I'd love to be involved with it," she says. "The medicine of everything. It's a miracle. A lot of young people prefer to smoke cannabis instead of drinking. Drinking, you are not yourself. It completely changes you. But smoking doesn't have that effect."

Mike Fitzgerald is an RFT contributing writer. He can be reached at msfitzgerald2006@gmail.com