The 2020 NHL All-Star Game takes place in St. Louis this weekend, for the first time since 1988. Along with it come concerts, events for the fans, the skills competition and mascot events. The Stanley Cup — which the St. Louis Blues won last year, as you may know — will be in town, which just feels right.

Of course all the hoopla has us thinking about hockey, even more so than usual. The St. Louis Blues have a history that's more checkered than storied. What started as a team of cast-offs in 1967 has seen heartbreak, a near move to Canada, great players, greater characters, collapses and conquests. Last year made it all worth it, but that doesn't discredit anything that came before, so instead we celebrate with a long look back.

If you're in from out of town, we have a guide to all the All-Star Weekend activities, as well as some suggestions for where to eat and drink if you want more than concessions, and some helpful tips about things you can do while you're here that aren't hockey-related.

The Blues, like many great enterprises throughout history, were founded out of jealousy and greed. Chicago Blackhawks owner James D. Norris and his partner, Arthur Wirtz, wanted a local rival for their team along the lines of the Cubs-Cardinals hatefest. Norris' old man, James E., had left his son an ownership stake in the Detroit Red Wings, the New York Rangers and the Blackhawks, giving James D. a financial interest in half of the Original Six teams of the NHL. When the expansion of the NHL to twelve teams was announced, James D. saw his opportunity twice over, and St. Louis was announced as the sixth and final expansion city. St. Louis was understandably confused, because the city did not apply to enter the league and somehow ended up with a team anyway. What swung the sixth franchise into St. Louis' lap? James D. Norris' insistence to the league brass that the Gateway City get the final team (over Baltimore, which did apply). Even better (for Norris), Norris owned the rundown St. Louis Arena, which would be the team's new home. Norris got his desired rival, a new tenant and his way one last time, and then died. The St. Louis Blues were born, and the Blackhawks were now owned by Arthur Wirtz, who with his son, Bill, set new standards in penny-pinching for years to come. 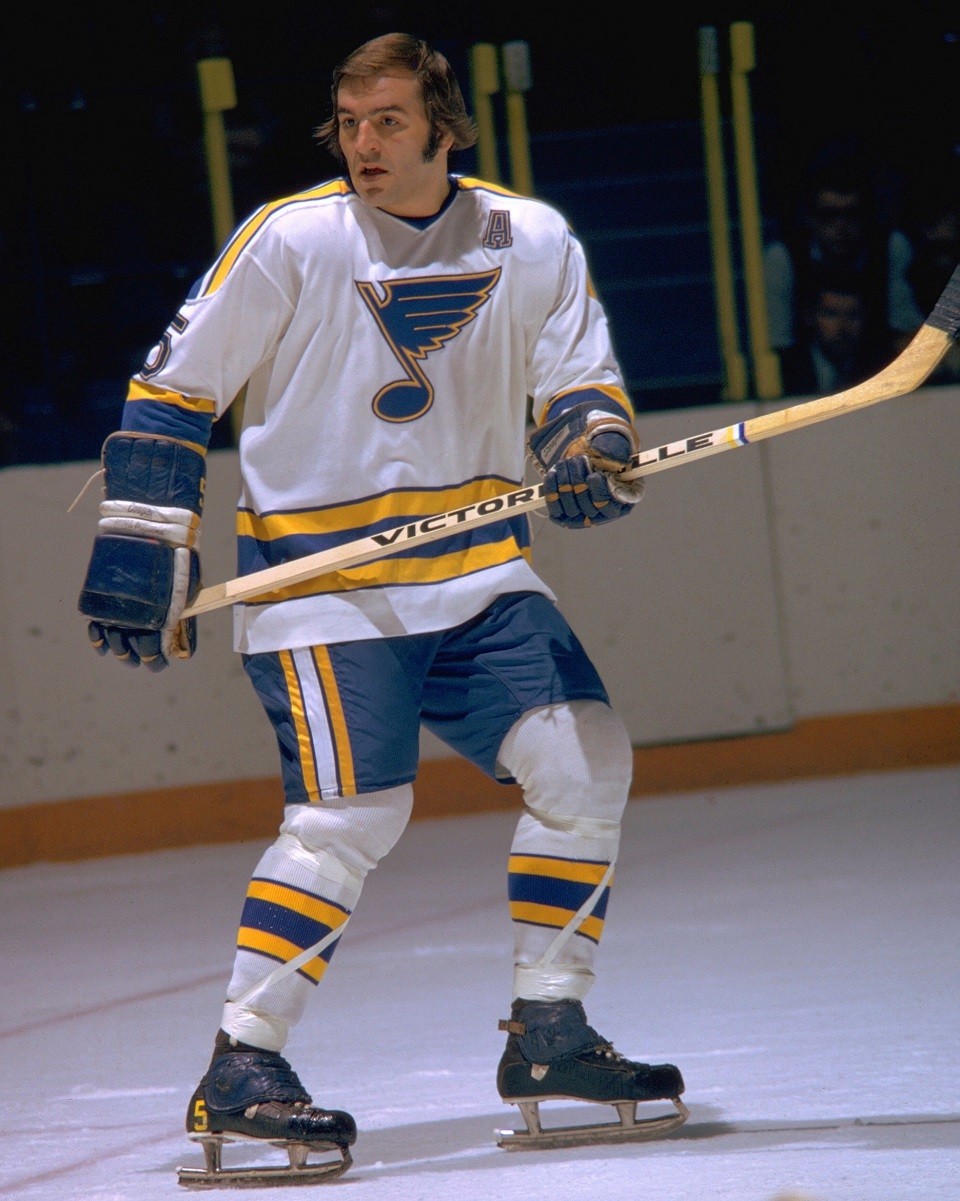 The Legend of the Hard-Checking Plager Brothers

Barclay, Bob and Billy Plager helped raise the team's profile in the '70s, with Barclay and Bob skating together for eleven years. Bob had the hip check, Barclay famously fought Bob while they were in juniors, and Billy didn't last long with the team. The story of two brothers making it to the same team was an interesting one, but not nearly as interesting as watching them play. They were rugged and played with an edge, but they weren't dirty. Besides, they were the good guys: Both of 'em rode the rocket to the Stanley Cup finals in the first years of the team's existence, and their hard-nosed defense was a large reason that the Blues were the last expansion team still standing. (That and the fact that the league brass juiced the excitement by setting up a postseason format that mandated an expansion team would go all the way.) The Blues didn't win a game in the finals, but it wasn't for lack of effort. Bobby had a way with words as well, once remarking, "You don't have to be crazy to play hockey, but it helps." Barclay was named only the second team captain in history, and together the Plagers toplined the stingiest defense in the entire league in 1969, allowing the fewest goals scored against that year. In 1970, they almost repeated that feat but fell to second-best. Sadly, Barclay died at age 46 of a brain tumor in 1988, three days before the All-Star Game, which was held in St. Louis that year. A moment of silence was held in his memory at the game. After this year's long-awaited Stanley Cup win, Bob brought champagne and the Cup to Barclay's grave, completing a circle that had been open for more than 50 years.