After His Mother Died, Adam Smith Found The Secret in the Freezer 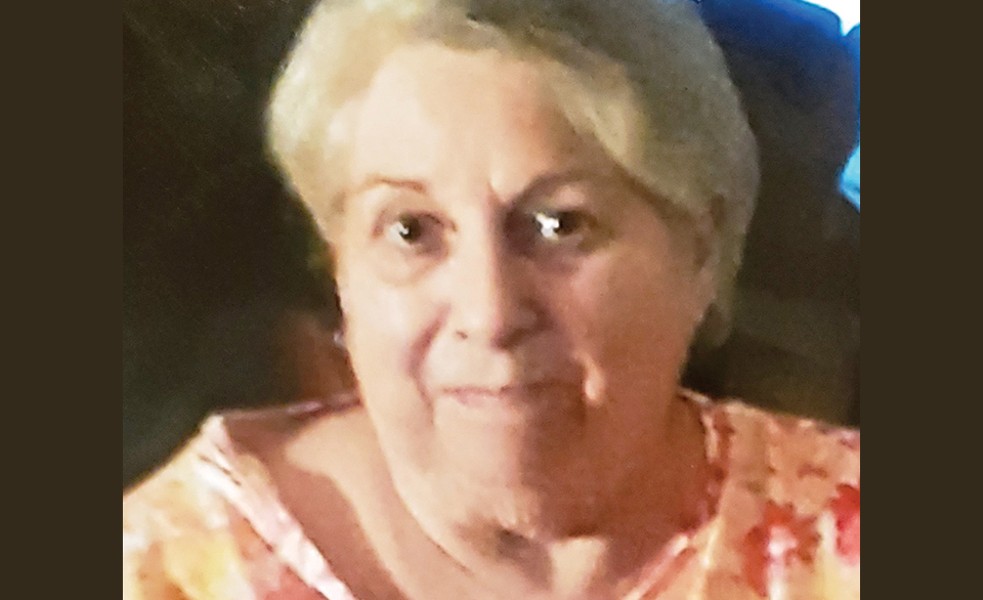 COURTESY OF ADAM SMITH Barbara Smith took her secrets to the grave.

It's hard for Adam Smith, 37, to say whether Barbara had been a good mother. Growing up, he and his sister Susan always had food on the table, a roof over their heads. They also saw a stream of husbands and boyfriends cycle in and out of the house. Some were better than others.

When Adam was about twelve, Barbara started drinking heavily and taking up with people who did the same. "My teenage years she wasn't around," Adam says. "She was on the bar scene, always out, hanging out with her boyfriend and this and that."

Perhaps not coincidentally, about the same time that Barbara started drinking a rift formed between her and her extended family. Previously, Adam's aunts, cousins and grandmother had been a steady presence. Then, all of sudden, Adam says, that extended family was cut out of his and his sister's lives.

The Smiths lived on Miami Street in Tower Grove South and later moved to the Hill when Adam started high school at St. Louis Career Academy. Before Adam and Susan were born, Barbara had worked as a mail carrier and in restaurants, but she later told her children that she had to give up work because of them. For a while, Adam split his time between his dad Terry's place and his mother's. Days with his dad mostly meant sitting at bars watching him drink. Things were marginally better with his mom. Still, he says, she'd always had a mean streak and regularly belittled him for no cause. When he was old enough, he didn't hesitate to get a job and move out.

"But I always got sucked back in," Adam says. "That was my mom."

Even when he was living out of the house, Adam says, Barbara was still "clingy" with him, calling, asking him to run errands to get groceries and pick up medicine. Analyzing their relationship now, he thinks she stunted his independence, preventing him from fully realizing the life he wanted for himself.

In the mid-'90s, Barbara met a metal worker named Steven Yaw at a bar on Macklind. Yaw doesn't recall the name of the bar, though he's sure it's long gone. He describes Barbara as having been "headstrong, stubborn, domineering, set in her ways." She once chewed him out for buying a car he could drive back and forth to work. "What are you going to use that for?!" she said, accusingly. They lived together for almost twenty years.

In 2017, Yaw left Barbara to go live in Houston. According to Adam, Yaw couldn't deal with Barbara's deteriorating health. Yaw says he left because he discovered Barbara had spent $40,000 of his money supporting her children. He'd given her access to his account to pay bills but had no idea she was going through that kind of cash on her kids' car payments, food and cigarettes. Whatever the case, Adam, though not necessarily eager to, moved in to the second-floor, two-bedroom apartment in Clifton Heights to provide his mom full-time care. Living in close quarters with Barbara subjected him to even more of her neediness and mistreatment.

When Adam arranged for his sister Susan to come over so he could have a night out, Barbara would start to scream.

As Adam describes it, "For a woman dying, you wouldn't think someone had that much strength to sit there and like bang on an ottoman saying, 'Die, motherfucker, die.' Yeah, she would tell me that."

During her fits of shouting, Adam sometimes called his girlfriend on speaker phone just so she could hear and know that he wasn't exaggerating. He tried his best to be magnanimous, not wanting to devolve into a shouting match with an ill older woman.

Barbara had lived in the apartment for nearly two decades and smoked in it every day. The white walls had turned yellow. Detritus from a disordered life lay everywhere.

Then there was the box in the freezer, a detail that at the time wasn't particularly out of the ordinary given that a lot about Barbara's life didn't add up, even to her children.

Later, a handful of media reports implied that Adam and his sister had spent their entire childhoods asking their mom, "What's in the box? What's in the box?" It hadn't been like that. However, it was true that for as long as Adam could remember there had been an object in his mom's freezer the size of a large shoebox, the sort of thing a pair of boots would be packaged in. He has firm memories of it from as young as six. His sister, who is 45, remembers it always being there, too. They thought maybe a piece of wedding cake was being saved inside. When Adam asked his mom about, she would deflect.

"She'd just say, 'No, it's nothing. No comment. Don't worry about it,'" Adam recalls. "She changed the subject."

Generally, Adam didn't think of it at all.

This past January, about a year after Adam moved in with her, Barbara was diagnosed with small cell lung cancer. She'd been telling her doctors she wasn't smoking, which was categorically false. A CT scan found spots on her lungs. The cancer spread to her liver, her bones and her lymph nodes, and in late July Adam called a priest to the apartment. "I'm not particularly religious," he told the cleric. "But if you could say a few words I know she'd appreciate it." Barbara passed away on July 21 at the age of 68.

About a week after Barbara died, Adam's girlfriend was on his case to clean out the apartment. Dirty dishes covered the table. The pantry was stuffed with half-empty boxes. He had his work cut out for him on that hot July Saturday. It was shortly after midnight when he opened the freezer to grab a water bottle he'd been chilling and saw the box.

Holy crap, he thought. The box. His mother wasn't around to tell him not to open it. He took a photo of the open freezer and messaged his girlfriend, his sister Susan and his aunt.

What if it's money? his aunt texted back, jokingly.

Money was one thing Adam felt pretty confident it was not.

He thought it might be more fun to wait until his sister and girlfriend could be there to open it with him — an impulse, in retrospect, he's glad he ignored.

He grabbed a knife and cut into the cardboard. He saw a pink fleece blanket.

"When I reached down there, I mean you could tell it was just a foot. You could see it was a baby's foot," Adam says. "The skin was cracked. I guess curiosity gets the best of everyone. I pulled it up. When I pulled it up, that's when I saw the back of the baby's head with hair."

Adam freaked out, he says. He put the baby back in the box and called the police, the non-emergency number.

Adam met the officers outside and led them upstairs. In the kitchen, he recalls, one of the officers looked to Adam and asked, "Are you going to grab it?"

"I am not touching the thing again," he said.

Adam went into his room while the officers, and eventually a detective, investigated the kitchen, which was now a crime scene.

Later that night down at the police station, a homicide detective interrogated Adam, who insisted the baby was a total surprise to him.

He says the detective apologized to Adam for what he'd gone through and let him go. The medical examiner would do an autopsy which would hopefully provide at least some rudimentary answers.

The next day, the media showed up. Channel 5 was the first. Adam let them in. The other local stations followed suit. The St. Louis Post-Dispatch and Riverfront Times published stories, as did CNN, NBC, the South China Morning Post and countless others.

The headline on the Washington Post's website read, "His mother kept a cardboard box in the freezer for decades. Inside, he found a 'mummified' baby."