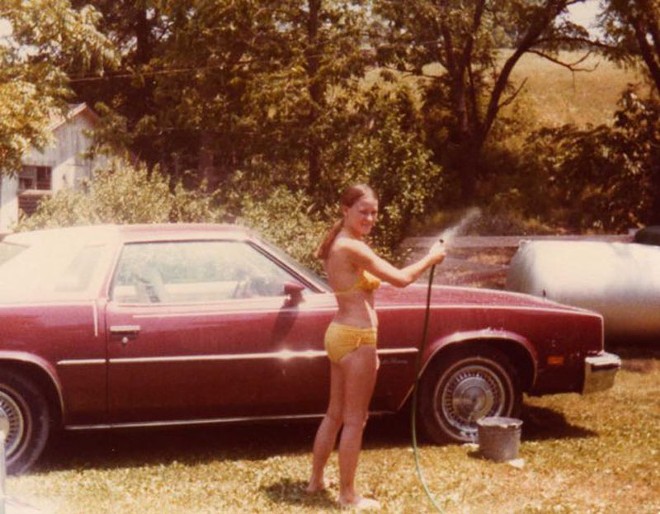 At Nash’s initial arraignment in Salem on March 31, 2008, Judy’s mother Mildred, then 77, read aloud from a sheet of paper, opposing Nash’s release on bond. He might flee, she warned, and any delay could outlast her husband’s health, or her own. “We deserve to be a part of this,” she said.

Nash’s family attended the hearing, too. His older brother Kenny, a soon-to-be-elected alderman of Salem, was there. So was Nash’s wife, Terry. He blew a kiss to her.

Salem News publisher Donald Dodd also sat in the courtroom, watching. Calm and reflective by nature, the middle-aged Dodd had taken over the daily from his stepfather in 1996 and begun writing weekly columns. Many were folksy and light, but when wading into local debates, he became a voice of reason, the unofficial conscience of Salem. Dodd had friends in both the Spencer and Nash clans.

“This will be a heart-wrenching process,” he wrote in his column the next day, “[but] our judicial system is not all about emotion and family ties, revenge or exoneration. Our prayers should not be for guilt or innocence, but for truth.”

Nash’s bond was set at $750,000, cash only. His attorney got the venue shifted north to Crawford County, though a scheduling conflict bumped the trial itself to the neighboring county’s courthouse in Rolla.

The jury was bussed there on the evening of Sunday, October 25 and sequestered at the Comfort Suites for the week of the trial.

The gallery filled up all five days, recalls Dodd. Appointed media coordinator by the judge, he had to organize TV news crews clamoring for footage.

Security was beefed up, too. Justifying this extra expense later, assistant attorney general Ted Bruce wrote, “The concern over violence and disruption was real.”

The Spencers sat mostly on the left; the women wore purple in solidarity with other victims of domestic violence. They also wore Judy’s rings, Paris says, and spritzed on Jovan Musk Oil — the perfume Judy always wore.

“We were hoping Doc could smell it,” she says.

Montgomery testified that the smallest amount of DNA she could work with was one nanogram, or one billionth of a gram. In this case, she had found a mixture of five nanograms under all of Judy’s lefthand fingernails combined. The mixture was equal parts Judy and Nash, she claimed, with no third party detected.

On the stand, Montgomery never directly refuted the notion that such a mixture might be normal for a couple that was living together. She didn’t have to. The prosecution held a trump card: Judy had washed her hair in Janet Edwards’ sink the night before she died.

“I would expect that washing your hair, the mechanical manipulation of the scalp or the hair would remove DNA from underneath the fingernails,” Montgomery testified. “I cannot give you a quantity that would or would not persist … but I would expect that it would have a great effect.”

The inference was clear: The only way to explain Nash’s DNA under Judy’s nails was to assume she clawed at him in her final seconds.

Yet Bruce assured jurors in his closing statement that to convict Nash, they didn’t even need the DNA. For one thing, he reminded them, Judy’s body showed no trace of sexual assault, nor was anything stolen from her purse. Discarding any motive of robbery or rape, he said, what’s left is a boyfriend irate over a break-up.

Nash likely caught up with Judy driving on Route FF, the prosecutor suggested, then forced her off the road, took her to the schoolhouse and strangled her. How else, he argued, had Nash been able to list every item of Judy’s clothing on her last night alive?

“Does a married man, much less a boyfriend, know what kind of shoes a woman is wearing on a day?” Bruce asked jurors. Nash only knew “because he had to reach down and look at those shoes and pull that shoestring out before wrapping it around her neck and killing her.”

He also referenced Nash’s comment that if Judy was drunk, she’d get in the car with anybody.

“Is that what you say when you hear that the woman you supposedly loved had died?” Bruce asked. “What a terrible thing to say.”

And then there was Nash’s move-in with Della Wingfield just days after Judy’s funeral. “He said he loved Judy,” Bruce said, “but she’s not even in the grave and he’s moving on.”

Finally, there was the way Nash trembled when he swabbed his own mouth for DNA for Sgt. Folsom in March 2007 — and the way he’d asked, “Will you let me know if I’m eliminated?” If?

“See, a slip of the tongue sometimes tells us more than that person wants us to know,” Bruce said. He added, “It’s kind of like a puzzle. Everything comes together.”

The jury’s first vote revealed eight favoring guilt, with four unsure, according to a juror who asked RFT not to print her name. Within four hours, the holdouts relented.

“The DNA was the solid foundation,” the juror says. “And there were so many inconsistencies and lies he told. That would be circumstantial, but that hurt him a lot.”

They reached their decision at 6:59 p.m. on Thursday, October 29. When the judge read their guilty verdict aloud, Nash lowered his eyes and muttered “oh my God.” The Spencer family tried to stifle their sobs.

“I cannot even describe the elation and the release,” says Paris. “This is what we had worked for.”

Seven weeks later, a judge sentenced Nash to life in prison. Paris was allowed to read an impact statement.

She wished Nash “a long, miserable and uncomfortable life” behind bars, and that he would “die a broken, lonely person” for killing Judy.

Added Paris, “I hope she spit in your face with her last breath.”