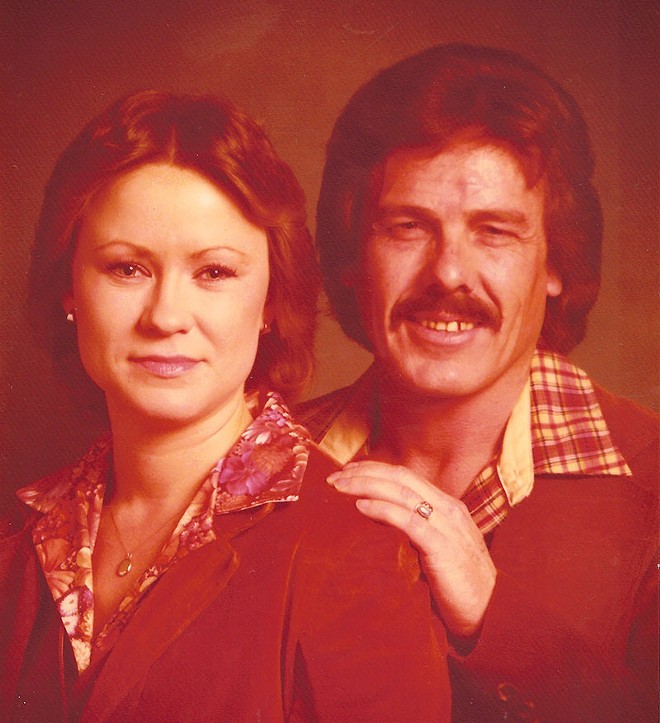 Nash called Edwards twice that night asking about his girlfriend, then several more times the next day while Edwards worked at the hospital.

By 3 p.m., Judy hadn’t shown up for her evening shift.

“I became worried,” Edwards would later testify. “She was very responsible when it came to a work commitment.”

Edwards met up with Nash and together they drove to Houston, the small town in Texas County that Judy had mentioned before her disappearance. They saw no trace of her.

Returning to Salem, they stopped at the couple’s house to check the answering machine. While they were there, the phone rang. A friend of Judy’s working at the hospital told Nash to come right away.

When they arrived, they saw Trooper Gary Dunlap standing in the hallway near the emergency room, along with Judy’s colleague, who announced, “Here comes the boyfriend now.”

Dunlap turned to face them. He told them Judy was dead.

“Oh my God!” cried Nash, who became “visibly upset,” according to the trooper. Edwards crumpled to the floor, screaming. A doctor had to sedate her.

Nash agreed to be interviewed down the hall, in the hospital’s chapel.

“How did she die?” he asked the trooper. “It looks like she was shot,” Dunlap replied. Nash started sobbing — a “crying fit,” Dunlap would later describe it.

Dunlap read him his rights, and then Nash recounted his activities of the night before. Once Judy had left the house for good, he said, he worried about her driving around alone at night. Within minutes, he hopped in his truck to go look for her. He’d even passed her at one point in downtown Salem going the opposite way, he said. But by the time he’d made a U-turn, she was gone.

Nash then made a comment to Dunlap that would come back to haunt him: If Judy was really drunk, he observed, she would get in a car with anybody.

“Over the years, I’ve talked to people and interviewed people,” Dunlap says. “And you just never know who’s lying to you and who’s telling you truth.”

Around 10 p.m. that night, Trooper Dunlap was standing in the sheriff’s office swapping info with a supervisor when a county resident called the dispatcher. A maroon car had been abandoned near his home since morning, he said. He relayed the license plate number.

It was Judy Spencer’s Oldsmobile.

Dunlap and several colleagues rolled out to the scene, about twelve miles northwest of town on Route FF. They discovered a four-foot skidmark on the pavement leading up to the car. Its nose had dropped into the ditch, which was shallow but steep. The back wheels had apparently spun out as the driver tried to reverse.

Dunlap and a sergeant grabbed flashlights and climbed down to take a look. The car was unlocked, with the keys in the console. Several items lay on the floor, including an empty Busch bottle on the passenger side and an empty Busch can on the driver’s side.

That single Busch can may have matched the other five found at the Bethlehem School, making a six-pack. Yet patrolmen would discard all six cans without dusting for fingerprints.

After they towed the car to Troop I headquarters in Rolla, however, two sergeants dusted the side windows and discovered four sets of latent prints. When the prints didn’t match Nash or anybody else at that time, they were filed away.

So was another crucial piece of evidence: the victim’s fingernails. Judy Spencer’s body was taken to a funeral home in Salem, where Sgt. P.J. Mertens clipped off her nails one by one into white envelopes. This clipping was routine. The invention of DNA tests was still two years away.

“I have clipped so many victims’ fingernails, I reached a point of wondering why I was doing it,” Mertens would later testify. “I was just following procedure.”