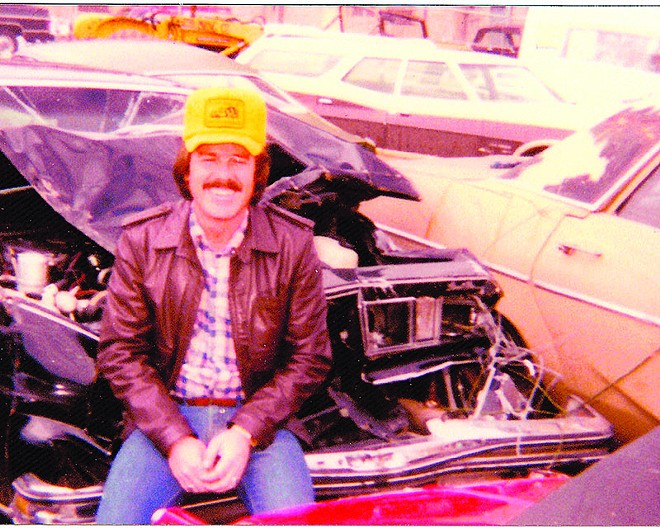 When Donald “Doc” Nash took a shine to Judy Spencer in the summer of 1981, her family wasn’t keen on the prospect. The rugged laborer with the mustache and hazel eyes was 39 years old — nearly 18 years her senior. And he wasn’t an observant Christian.

“We socialized with people from our church,” says Judy’s older sister, Jeanne Paris. “He just wasn’t our kind of people.”

Unlike Judy’s father, Nash owned neither land nor business. He’d grown up poor in Dent County, for a time living in a dirt-floor shack. His mother, who was part Cherokee, raised him and four siblings after his dad, a violent alcoholic, abandoned them. She fed the family by shooting possum, squirrel and rabbit.

Nash topped out at only five foot six, but learned how to scrap with his older brothers. At age twenty, he got caught stealing from a grocer in Salem and was convicted of felony burglary, then received two years probation.

Whereas Judy had attended business college, Nash never even went to high school. He married young, raised a daughter and worked at his father-in-law’s gas station in Salem making $1.25 an hour.

In the 1970s, his prospects brightened. Mining companies had discovered a 60-mile strip of lead ore just across the county line. It was called the Viburnum Trend. Missouri was soon producing almost all of the country’s lead, which went primarily into car batteries. Nash landed a job underground at the Amax company’s site. Eight years later, he transferred up to the smelter and grew active in union affairs.

By 1981, Nash was making about $14 an hour at the most productive lead mine in America, but was in divorce proceedings with his wife. He blew off steam at local bars. His favorite was the Tower Inn, a windowless tavern in the basement of a ten-story hotel. Loud and smoky and crowded, it was the epicenter of Salem’s nightlife.

In the parking lot one evening, Nash met Judy Spencer. He invited her to a bar in Rolla where a band was playing.

“We were dancing, and she was loving on me,” Nash recalls. “I just worshipped her.”

Within a few months, Nash moved into Judy’s house and helped with the rent. He felt ready for renewal. He’d recently totaled his Pontiac Grand Prix while drunk, replacing it with a 1979 Chevy pickup. New truck, new girlfriend, new home, new start.

Judy confided to friends that she liked Nash because he treated a lady right, unlike boys her own age. Something about the words he spoke in his gravelly voice appealed to her. They planned to get married.

“They seemed happy,” says Janet Edwards, who had been Judy’s best friend since high school and, like her, worked at the hospital. “Doc seemed a little bit possessive, though,” she says, adding that Judy seemed to notice it, too.

The day before the murder, Judy and another hospital colleague, Suzette Edmundson, both had appointments right after work with the same podiatrist in Pulaski County, 60 miles away. Judy offered to drive. She took Nash’s pickup because the couple had traded vehicles that morning (it was Nash’s turn to drive carpool to the mine, and her Oldsmobile had more room). Edwards tagged along on the bench seat, just for fun.

After the doctor’s visit, they dropped off Edmundson, then continued to Edwards’ apartment. Judy wanted to keep chatting with her best friend, so they went inside.

Around 7 p.m., Judy felt compelled to check in with Nash, who was at home waiting. She called him and fibbed, claiming she was still making her way back to Salem, but would arrive home shortly.

Nash didn’t buy it. He drove her Oldsmobile over to Edwards’ ground-floor apartment. Sure enough, there sat his pickup. He abandoned Judy’s vehicle in the lot and walked toward his own.

Judy, realizing she’d been caught in a lie, went out to speak with him and exchange keys. Edwards couldn’t hear their exact words, but watched through a window as Nash flung Judy’s keys into the grass, then drove away.

Judy came back inside.“I guess that it’s over this time,” she announced. She reported that Nash had just told her, “That will be the last time you lie to me, bitch.” She added, “He thinks I’m ugly. He doesn’t like my hair this way.”

So Judy went over to the kitchen sink, drenched her hair under the faucet and restyled it. It seemed like a trivial act at the time — Edwards didn’t pay close attention. But decades later, the moment would take on a critical significance.

Judy drove to get gas, then went home to Nash. The couple argued, Nash would later say, while Judy pulled off her dress slacks and put on jeans, a black top, brushed suede shoes and a windbreaker. Then she left.

Her next stop was back at Edwards’ apartment. Judy was upset. Her relationship looked doomed, she told her friend. The two women talked for a while until Judy decided to drive to Houston, “just to get away.” Edwards chose to stay home. When Judy drove off, it was about 8:30 p.m.

They never saw each other again.

“I’ve always regretted not going with her," Edwards says. “I don’t believe it would’ve happened if I’d gone with her.”