20 Under-the-Radar St. Louis Bars and Restaurants, Chosen by People in the Know

Ask a random sample of St. Louisans where to eat, and chances are each will give you a similar-looking list of the fine-dining mainstays, the press darlings and the institutions that have put the city's food scene on the map — in other words, the places everyone already knows about.

If you ask the city's chefs, bartenders and restaurateurs, however, chances are your answers will not only be quite different, but will lead you on a culinary journey. Their selections may not have a high-priced publicist, but they're the kind of hidden gems that keep true food lovers coming back for seconds. Check out their suggestions for places that shine even more brightly for being outside the spotlight.

"Liling is from Taiwan, and after taking over Asian Kitchen, she realized that there are no healthy, tasty and affordable late-night restaurants around town for students, restaurant industry folks or whoever needs delicious food late at night. From that, her Taiwanese-style individual hotpot was born, and it has changed St. Louis late-night culture. She serves a simple menu of bone-broth hotpots with your choice of proteins and tons of vegetables. Beef, lamb, seafood and vegetarian options are available.

"She doesn't promote her late-night program on social media or to the press; it's all word-of-mouth. I often asked her, 'Why not?' Her responses is always, 'Why rush? Slow, cold winter nights allow me to perfect the concept.' Hats off to her positive energy!"

Natasha Bahrami
Owner, the Gin Room
3200 South Grand Boulevard, 314-771-3411
"I know that people already know about Juniper (4101 Laclede Avenue, 314-329-7696), but their happy hour is something you need to know about. They do really good happy hour cocktails and have this chicken sandwich that's served on a biscuit with homemade pickles. It's becoming a place where industry people go, which means it's good.

"The late-night hotpot at Asian Kitchen Korean Cuisine (8423 Olive Boulevard, University City; 314-989-9377) is also something you should check out. They do Korean hotpot, dumplings and banchan until 1 a.m., and though I don't know if it's officially BYOB, we usually just bring in a bottle of whiskey and finish it.

"A place that's been around for a long time but doesn't get a lot of attention is Frazer's Restaurant & Lounge (1811 Pestalozzi Street, 314-773-8646). People just don't know how good their cocktail program is. Terry Oliver has been running it for years, and he stays under the radar, but he and his crew have been killing it for years. You can get a rock-star cocktail and some beautiful amaros there. If I sit at their bar any given night, the cocktail is going to be good no matter who is making it. That means a lot because it means they put blood, sweat and tears into the program." 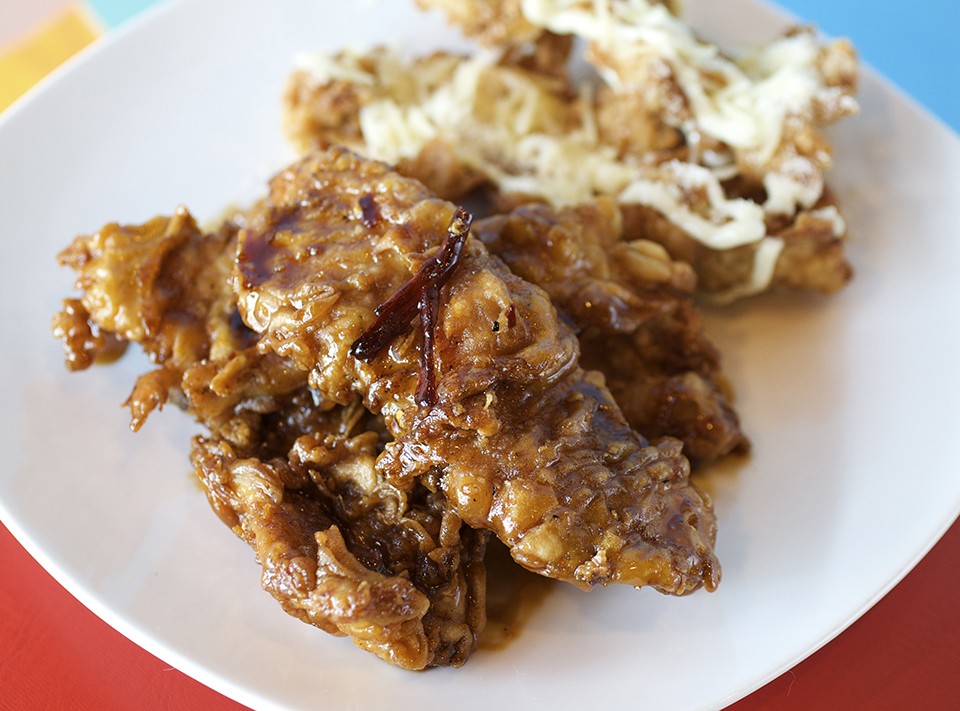 "One of the places we go to, O! Wing Plus (10094 Page Avenue, Overland; 314-395-0180), is the best iteration of Korean fried chicken in St. Louis. When I discovered Korean fried chicken on a trip to New York, I came back and wondered why something like this wasn't in St. Louis. My wife said, 'Have you been to O! Wing Plus?' They have several varieties of wings, and it's a fast-casual place but it takes a while to get your food. At first, you're like, 'Why is it taking fifteen minutes to get wings,' but when they come out, you realize it's because they are doing it right. They double-fry it so that it's super crunchy and gets this caramelized coating, almost like crème brulee, on it. They just nail it.

"I live right across the street from Chef Ma's Chinese Gourmet (2336 Woodson Road, Overland; 314-395-8797), and they consistently put out great food. Whether you get the traditional Chinese food or the Chinese-American orange chicken and crab Rangoon, chef Ma is back there executing it himself. I can't talk enough about this place. 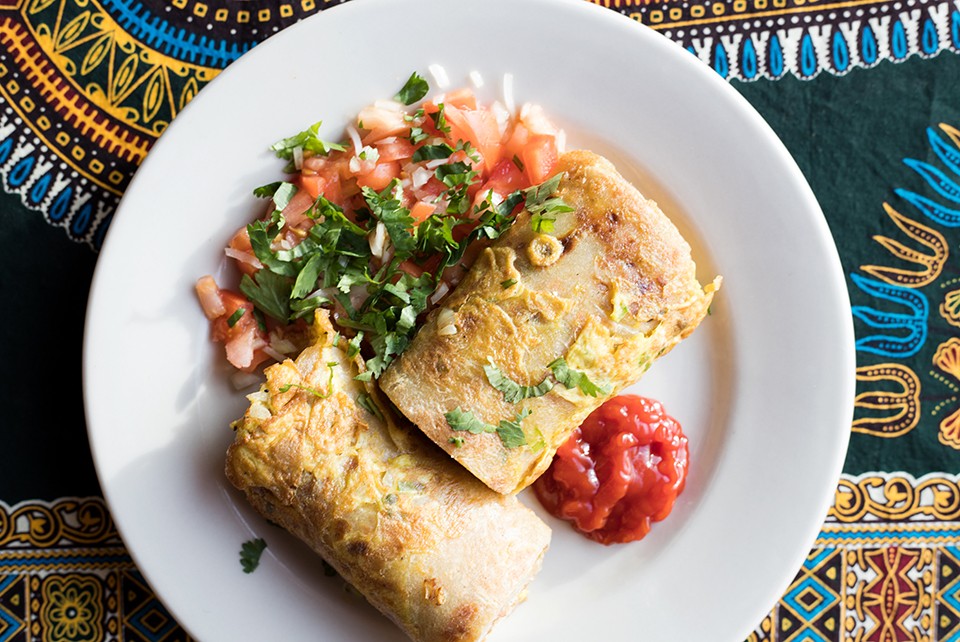 "I really like Simba Ugandan Restaurant (8531 Olive Boulevard, University City; 314-484-2530) because they are doing something completely different and interesting. The rolex and the fish curry are really good.

"Pita Plus (13005 Olive Boulevard, Creve Coeur; 314-453-9558) has the best falafel in the area. It's this mom-and-pop place that has been around for at least since I was in high school, and they just put their hearts into it. It's the only place I've been to that sells falafel where they give you your own bottles of tzatziki, chile sauce and tahini. They have this old-school refrigerator, and after you order and sit at your table, they bring all three bottles out to you. You can put tzatziki on every bite if you want.

"Let's also talk about dive bars. Our regular bar, the B-Side (2709 Cherokee Street, 314-354-8180) is on Cherokee, but we live in Overland and needed to find a place closer to home. That's the Waiting Room (10419 St. Charles Rock Road, St. Ann; 314-890-8333). Last year, it got taken over by the people who own the Silver Ballroom, but they didn't reinvent the wheel. They did, however, put in some pinball machines and now carry these savory pies. My wife and I found out that they have $3 Bloody Marys on the weekends, so we go there for those and this savory breakfast pie with eggs, cheese, bacon and gravy.

"Right next door is this new antique mall called Manhattan (10431 St. Charles Rock Road, St. Ann; 314-733-5285) that has this whole range of everything from expensive midcentury modern furniture to trinkets and milk glass, but they also have booths for local makers. There is this one guy who has a comic-book booth that is like a miniature comic store. They even sell beer. We get to the Waiting Room when it opens at noon, have breakfast and then head over to the antique mall where we walk around and drink beer. It's a little oasis in north county."