PHOTO BY DANNY WICENTOWSKI The Monocle always has something interesting going on.
Yes, it's nice to go to the bar where everyone knows your name — but this summer, why not add something new to your list of favorites? Whether these watering holes are brand-new, off the beaten path or just not on your radar yet, they present an alternative to your regular spot. Get off that barstool and head into a booze-fueled adventure.

Here are our twenty alternatives for the savvy St. Louis drinker.

If you like whiling away the hours at Schlafly Tap Room ...

You may have a second home at the Monocle (4510 Manchester Avenue, 314-932-7003). Like Schlafly, it offers an eclectic lineup, and plenty of space to enjoy it. A speakeasy with a vaudevillian vibe and accessible cocktail menu, the Monocle also boasts a separate performance space called the Emerald Room. Bantering drinkers can imbibe happily by the bar, while audiences can comfortably cheer the day-by-day variety of scintillating burlesque, teasing cabaret, oddball comedy and a host of other delightful weirdness — and don’t worry, the audience will be drinking too. At the Monocle, that’s a given.

If you like pre-show drinks at the Dark Room ...

But you’d like to avoid the rush of theater patrons with the exact same thought, you’d be wise to stop by Nancy’s Jazz Lounge (3536 Washington Avenue). The sleek Grand Center bar shares a lobby — and a menu — with Jazz at the Bistro, but unlike its sister club, there’s no cover charge and no quiet policy. Best of all, if you’d like to catch some live jazz, Bistro performances are simulcast into Nancy’s. Sit back, relax and watch the show you forgot to get tickets for. They won’t judge. 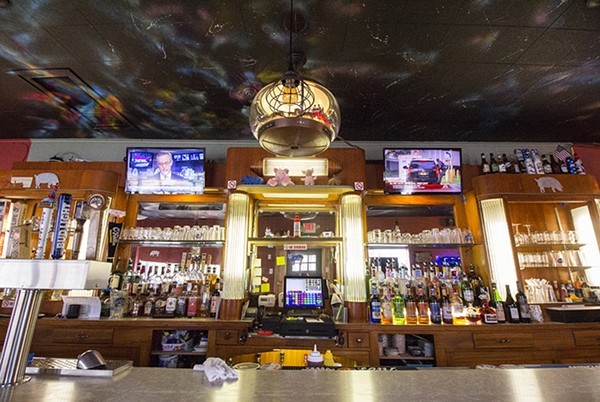 If you like to wash down world-class barbecue with a beer at Salt + Smoke ...

But you want to save some money and avoid the Delmar Loop, go to Stellar Hog inside Super's Bungalow (5623 Leona Street, 314-481-8448). The under-the-radar restaurant on the southeast border of Bevo Mill is embedded in one of the city’s oldest and greatest neighborhood bars. Pick anything off the menu — OK, not just anything; make sure one of those choices is brisket — and pair your meal with a cheap canned beer. Don’t skip the side dishes, because those are amazing. Eat inside the bar where south city residents have been drinking for nearly 90 years, or head outside to a giant backyard and grab a spot at a picnic table. Either way, you’ll have made an excellent choice.

If you like the Cherokee Street vibe of Fortune Teller Bar or the Whiskey Ring ...

But you want to play some free pool and eat one of the city's most underrated burgers, go to Ryder's (4123 Chippewa Street, 314-899-9343). Owned by longtime St. Louis bartender Ryder Murphy, the dimly lit bar on the southern tip of Tower Grove South is adorned with amazing, giant-sized covers of pulp novels such as Kill Now, Pay Later that pair nicely with a handsome backbar. There’s a strong selection of beers, no televisions and a gem of a patio. Oh, and don't forget that burger. It is seriously one of the best in town, and did we mention they have huge orders of cheese curds? 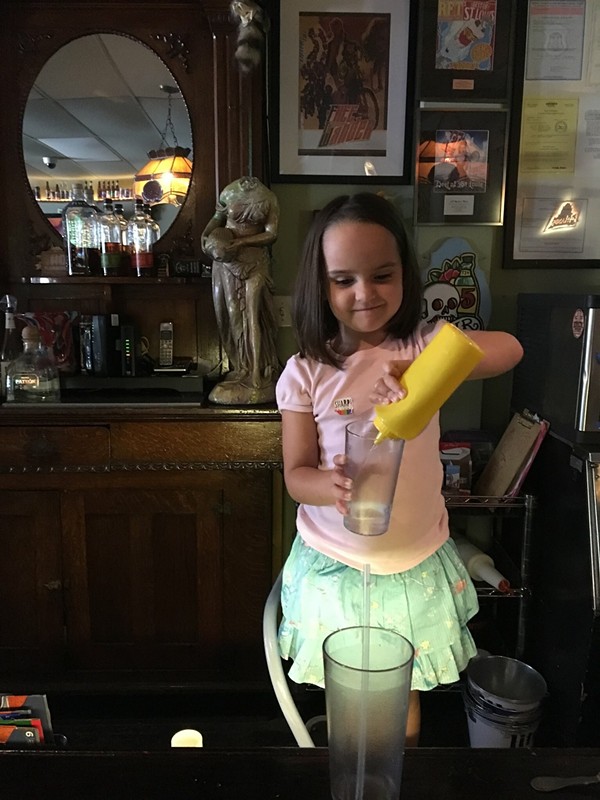 If you like the Silver Ballroom for its dedication to pinball and punk-rock wizardry ...

But you hate the city's smoking ban, you might want to check out the Waiting Room (10419 St. Charles Rock Road, St. Ann; 314-890-8333). Though both are excellent places to perfect your pinball game, the Waiting Room goes the extra mile by holding regular events like chili cook-offs, pinball and beer leagues, benefits for charities and craft beer tap-takeovers — it's the definition of a neighborhood bar. Throw in the large, outdoor smoking grotto, and you’ve found yourself a new happy hour home. Bonus: The club takes its moniker from a song by one of the greatest punk bands that ever lived. Drinking here will leave you sitting in the waiting room because, well ... you know how the song goes.

But you're seeking a laid-back patio a bit farther west, head to Old Mill Stream Inn (912 South Main Street, St. Charles; 636-946-3287), a no-frills, old-world dive bar that takes its drinks seriously. The underground watering hole beneath the building is where the conversation continues and the bar comes well-stocked with liquor and a list of beer from across the country. No collection of craft drafts or mixologist on duty — just friendly patrons searching for new drinking buddies.

But you’re tired of trying to catch the eye of a bartender on busy nights, you’d be wise to check out Tapped (7278 Manchester Road, Maplewood; 314-899-0011). This new Maplewood bar boasts 48 taps — 39 of them devoted to beer — and self-pour technology that swaps your credit card for a special bracelet that unlocks the taps and keeps your tab running all night long. You can have as little as a swig or as much as a glass; there’s also a full menu of food to keep you fueled up and sober enough to keep pouring. Still need a little pick-me-up? Try the tap devoted to nitro-brewed coffee.

If you like the tech-savvy iPad wine lists at Sasha’s Wine Bar ... But you’d rather remove the server from the transaction, a good option might be Handcrafted by Bissinger’s (32 Maryland Avenue, 314-367-7750). Like Tapped, the revamp of Bissinger’s flagship features the latest self-pour technology, only here it’s connected to 24 bottles of expertly selected wine. Choose a two-, four- or six-ounce pour from a list that includes both some standards and more adventurous selections. And as at Sasha’s, the outdoor patio is a terrific spot for sipping.

If you like meeting up with friends at Urban Chestnut ...

But you’re not into beer, why not try to steer them instead to Charleville Brewing Co. & Tavern (2101 Chouteau Avenue, 314-241-4677)? Like Urban Chestnut’s Grove bierhall, Charleville offers its own delicious brews and a full menu of food — but it also offers wine, and we're not just talking Two Buck Chuck. Like many of the businesses in its native Ste. Genevieve, Charleville began as a winery, and while beer is all that’s being brewed on site at its brand-new Lafayette Square-adjacent location, a full array of its wines are also on offer. Oh, and you can also get booze here. Most of the spirits, too, are locally crafted.

If you like to play games while drinking at Brennan's ...

But you aren’t the swanky cocktails type, go to Friendly’s (3503 Roger Place, 314-771-2040) in Tower Grove South. The surprisingly huge bar has Skee-Ball, video games and pool tables inside, as well as warm weather drinking sports such as washers outside in the massive beer garden. Draw up your own bar triathlon or just hang out and relax. There is an extensive menu, and while the food is not going to win any awards (sorry, but we’re just not going along with the “best fried chicken” claim) it's cheap and does the trick. Drinks are cheap too, and there’s always a game or five on the wide banks of televisions.

Turn the page for ten more bars worthy of your consideration.