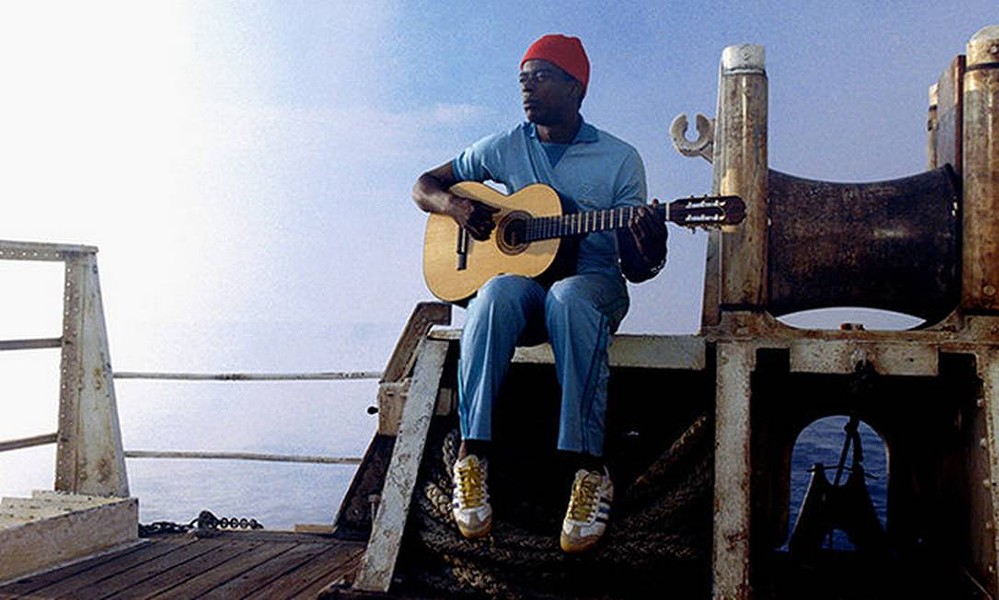 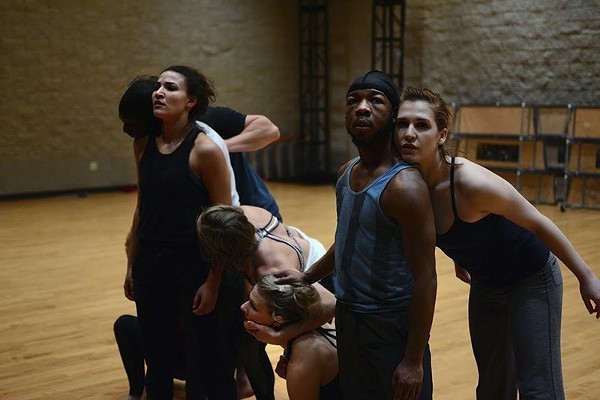 Madco brought the curtain down on its 40th season with Freedom, a collection of four new dance pieces inspired by images of the civil rights movement in the '60s and what happened in Ferguson just two years earlier. The four choreographers — Cecil Slaughter, Nejla Yatkin, Jennifer Archibald and Gina Patterson — didn't seek to directly recreate scenes of fire hoses and heavily-armed police officers on stage. Rather, they sought to evoke both a sense of oppression and the striving, human element that sought equality through peaceful means. Madco presents an encore performance of Freedom at 8 p.m. Saturday, September 30, at the Touhill Performing Arts Center (1 University Drive at Natural Bridge Road; www.touhill.org) on the University of Missouri-St. Louis campus.

Whitney Houston and Kevin Costner brought old-fashioned romance back to the big screen with their 1992 smash film, The Bodyguard. Alexander Dinelaris adapted the film into a musical, and made a few changes along the way. Rather than focus on ex-Secret Service guy Frank Farmer, Dinelaris centers the story on singer Rachel. And while Whitney is not going to take the stage to belt out "I Will Always Love You," the musical is loaded with additional Houston hits, and the romance still sweeps the show along to a dramatic conclusion. The Bodyguard the Musical is presented October 3 to 15 at the Fox Theatre (527 North Grand Boulevard; www.fabulousfox.com).

Of the many mysteries surrounding William Shakespeare — Was that his real name? Did he use a quill or a word processor to write? What were his thoughts on ruffled collars? — one of the more interesting possibilities is the fate of his play Cardenio. Oxford's Bodleian Library has proof it was staged in 1612, but then it seemingly disappeared. A version of it supposedly surfaced in 1727 when an editor was given the play's manuscript by a man who worked in the theater; after reshaping it, the editor presented it under the title The Double Falsehood. What is known for a certainty is that Cardenio was inspired by a story found in Don Quixote about a man who is betrayed in love by a friend, which causes our hero Cardenio to go live in the hollow of a cork tree in the Spanish mountains. Gregory Doran, artistic director of the Royal Shakespeare Company, attempted to wrangle all these threads together in a complete version of the play. Some of it is from Shakespeare, some from Shakey's collaborator John Fletcher, some from Cervantes and some of it is written fresh this century to hold the thing together. St. Louis Shakespeare presents the lost and found play Cardenio October 6 to 15 at the Ivory Theatre (7620 Michigan Avenue; www.stlshakespeare.org).

Bob Newhart is atypical even for a comedian. He broke into showbiz by releasing a comedy record on Warner Bros. and then left his job as an accountant to tour his act in clubs across the country. Even stranger, his act involved playing the straight man in a one-man show. Newhart plays off an invisible partner, keeping up his end of the conversation while implying what the other person is saying through calm responses laced with a quiet disbelief at what he's hearing. On paper, it should never work. But on stage, Newhart spins gold out of these mundane set-ups. Bob Newhart's still in the game after 56 years, and he brings his current tour to town at 8 p.m. Saturday, October 7, at the J. Scheidegger Center for the Arts (2300 West Clay Street, St. Charles; www.lindenwood.edu) on the Lindenwood University campus.

Various computer scientists and engineers, along with a single former vice president, all claim to have created the internet, but everybody knows it was really cats who did it. How else could they attain the worship they're due than by harnessing a mass-media system that's on for 24 hours a day? The "human beings" (sure) at CatVideos.com bring the message to the people with the traveling show Cat Videos Live! Hosted by comedienne Carla Rhodes, the show features exclusive videos of cats doing whatever it is they do, as well as clips of local cats submitted by their proud people. The St. Louis stop of Cat Videos Live! takes place at 8:30 p.m. Sunday, October 8, at the Pageant (6161 Delmar Boulevard; www.thepageant.com). If you are owned by a cat and don't attend, you'll be placing your life in the beclawed paws of a cuddly murder machine.

In its 50 years of operation, the Repertory Theatre St. Louis has somehow never mounted a production of William Shakespeare's Hamlet. That all changes this year — the company's 51st season. Prince Hamlet mopes around castle Elsinore, trying to figure out what to do with his life now that his father the king is dead and his Uncle Claudius has assumed both the throne and the heart of his sister-in-law, Hamlet's mother. When his father's ghost tells Hamlet that Claudius is a murderous usurper, Hamlet finds his bloody purpose in life. But can he throw away everything in order to avenge his father? The Repertory Theatre St. Louis presents its first-ever Hamlet October 11 to November 5 at Webster University's Loretto-Hilton Center (130 Edgar Road, Webster Groves; www.repstl.org).

Broadway baby John Mulaney is fresh off a highly successful run as cantankerous sex pest George St. Geegland in the bizarre stage show Too Much Tuna. Prior to treading the boards, Mulaney worked as a stand-up comic and writer on Saturday Night Live. His stand-up is powered by his near-obsessive layering of detail into strange-but-true stories about his childhood and his dog and playing insidious pranks with a diner's jukebox. Mulaney is back on the road with his new comedy tour, Kid Gorgeous. He performs at 7 p.m. Thursday, October 19, at Peabody Opera House (1400 Market Street; www.peabodyoperahouse.com).