DRIVE SOCIAL MEDIA Vicia has been a frequent pick for one of the best new restaurants in the nation.

It's not just your imagination; St. Louis' culinary scene is hotter than it's ever been, with everyone from Esquire to Bon Appetit serving up big spoonfuls of praise for the city's restaurants. Food & Wine even put one of our fast-casual ramen spots on the cover of its February issue (more on that in a minute).

The downside of all that attention? It's gotten much harder to score a table at the places earning national plaudits. If you want to check out these much-lauded places, you might want to plan to dine in the off hours (5:30 p.m. or 9 p.m.) or consider making a reservation far in advance.

Here are the ten places that have the city — and the nation — buzzing right now.

If any one restaurant deserves credit for the increased national attention being paid to St. Louis it's Vicia. Headed by alums of the revered Blue Hill at Stone Barns in New York, Vicia represents a return to the soil for Michael Gallina. The native St. Louisan who shocked the culinary world when he chose to return to his hometown with his wife Tara, a front-of-the-house pro, for his debut restaurant. Vicia derives its name from the Latin word for a native cover crop that is used to replenish the soil, and Gallina embraces this ethos in everything he does at the vegetable-forward restaurant. Though masterful in his abilities, Gallina's biggest talent is in showing restraint, knowing when to pull back and let his food speak for itself. Dishes like beef-fat-glazed beets with housemade yogurt or purple-top turnip tacos show how humble ingredients can become ethereal with just a nudge from his skilled hands. It's no wonder the consensus is that this is one of the best new restaurants in the country.


When acclaimed chef and restaurateur Ben Poremba announced he was going to open an upscale Mexican restaurant, people assumed he meant a fancy taco shop. Fast forward a year, numerous accolades and a Bon Appetit nod for the No. 9 best new restaurant in the country, and it's clear that calling Nixta a taqueria is like calling a fine-dining Italian restaurant a pizzeria. The sultry Botanical Heights spot draws upon what Poremba sees as the connection between Latin American flavors and the Mediterranean, where he grew up. Dishes like tlayuda exemplify the complementary nature of these two cuisines; the cracker-thin flatbread is flecked with herbs and spices typical of Mexican cuisine, only it's paired with pomegranate molasses for an experience that redefines what is meant by culinary fusion. And yes, there are tacos, though Nixta's modern interpretation of al pastor will leave you wondering if you've ever truly experienced the dish before. This is modern Mexican that defies your expectations.

When restaurateur Matt McGuire opened the old King Louie's back in 1994, the city's dining landscape looked nothing like the exciting and innovative scene it is today. There's no question King Louie's had something to do with that, and though it may have closed ten years ago, it was never forgotten. These days, its spirit is alive and well at Louie, McGuire's new hotspot in the charming De Mun neighborhood. Louie picks up where the old place left off even as it adds an even stronger commitment to world-class hospitality, which McGuire honed over the years as front-of-the-house manager at numerous acclaimed eateries around town, including Brasserie and Niche. But what makes Louie so special is that this five-star treatment is served up in a cozy neighborhood trattoria with approachable, yet flawlessly executed, Italian-inflected specialties such as wood-fired pizzas, pastas and roasted chicken. That you can cozy up to the bar in jeans and nosh on a plate of pasta while being treated as if you were a VIP in a high-end dining room is what makes this gem so special. It's also the perfect way to honor its roots within one of the city's modern foundational restaurants. We're glad McGuire didn't give up King Louie's ghost. 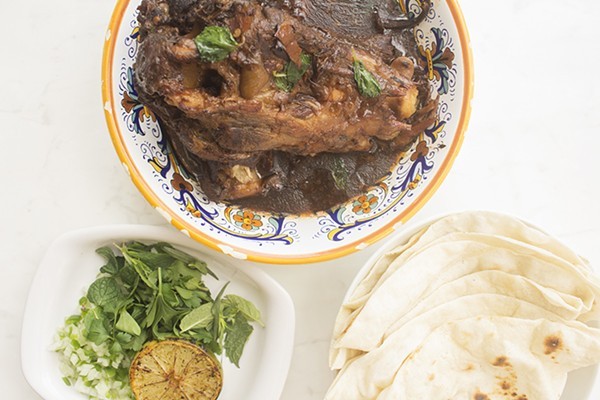 
At Sardella, James Beard award-winning chef Gerard Craft shakes off the heaviness of his former flagship, Niche, in favor of a breezy, Mediterranean-inspired trattoria. You feel the lightness the moment you step into the space, transported into a room that looks straight out of an Amalfi Coast villa. The vibe may be lower-key than his former temple to fine dining, but that does not mean Craft has relaxed his standards. Instead, you'll find the same thoughtfulness he brings to every one of his restaurants in Sardella's small and large plates, such as the signature crispy Spanish-style octopus, roasted chicken or braised short ribs. With every plate an embodiment of flawless execution, you won't go wrong with your dinner choice — unless you leave without trying the warm dinner rolls with miso butter. The pillows dusted with sea salt are so fluffy you won't know whether to eat them or rest your head upon them. That's the thing about Sardella: It invites you to relax in magnificence.


Before food trucks took the city by storm and long before Filipino food became the "it" cuisine, Guerrilla Street Food took to the city's streets on a mission to foment a food revolution. Helmed by Brian Hardesty and Joel Crespo, the mobile Filipino concept became a sensation when it opened nearly a decade ago, not only because it was one of the city's first food trucks but also because it was the first to bring Filipino food into the local spotlight. Guerrilla Street Food sets the standard for how good casual food can be. It reveres tradition, but rather than feeling confined by classic recipes, it uses them as a jumping-off point for culinary exploration, reinterpreting classic dishes with modern twists. Now far more than just a truck, Guerrilla Street Food boasts two brick-and-mortar locations with much more in the works. But no matter how much of an institution it becomes, its distinction as one of St. Louis' true food innovators remains. 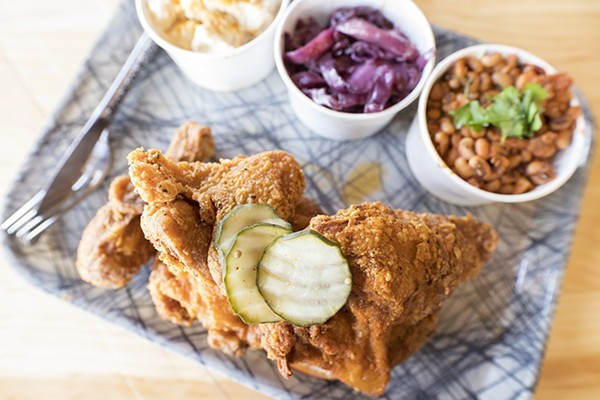 Grace Meat + Three
4270 Manchester Avenue, 314-533-2700
St. Louis' king of comfort food, Rick Lewis, may not be as good as your grandma at cooking up country-style specialties — he might be even better. Though he started out in some of the city's most esteemed white-tablecloth restaurants, Lewis turned his attention to dishes inspired by good ol' home cooking, first at Quincy Street Bistro, which he transformed to a modern gastropub, and next at the Nashville-style hot chicken spot Southern. Grace Meat + Three, Lewis and his wife's first true solo venture, takes a little from each of those two places and melds them into a temple of homestyle fare. However, Lewis' pedigree in fine dining shows in the polished touch he adds to simple dishes. Roast beef is served with marrow bone gravy and crispy fried leeks. Meatloaf is made from duck, and house-made bologna is thick-sliced, griddled and served with pimento cheese. You won't go away from Grace hungry. The only thing you'll leave with is a small pang of guilt that you like Lewis' fried chicken better than your own mother's.

Cate Zone
8146 Olive Boulevard, University City; 314-738-9923
If you're looking for sweet and sour pork or General Tso's chicken, Cate Zone is not the place for you. If, however, you want to experience modern Chinese cuisine the way it's currently served in Shanghai or Beijing, then Cate Zone is just the place. Oddly named due to a translation error (the owners thought it meant "place of delicious food"), Cate Zone represents the new guard of Chinese restaurants that have opened in St. Louis over the past few years. At these new spots, young immigrant entrepreneurs are daring to show American diners the real food of their homeland, and if Cate Zone's "Hot Crisp Fish" or spun-sugar sweet potatoes are any indication, our food scene is all the more better for it. These dishes will are so wonderful you'll forget there is such a thing as crab Rangoon. 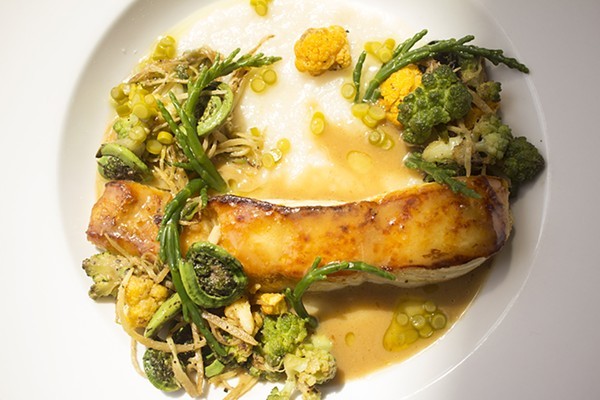 Polite Society
1923 Park Avenue, 314-325-2553
If you could turn the charming yet stylish Lafayette Square neighborhood into a restaurant, it would be Polite Society. Though it bills itself as a warm neighborhood spot, Polite Society is so much more than that; it's a reinvention of a contemporary American bistro with eclectic lunch and dinner fare designed with the intention of providing something for everyone who walks through its doors. Look for everything from best-in-class shrimp and grits to pork osso bucco to a simple patty melt — one that just happens to be made using the revolutionary meat-free "Impossible Burger." Washing it all down with one of the restaurant's thoughtful cocktails inside the truly lovely digs, the only thing that seems impossible about Polite Society is not falling completely in love with it.

Privado
6665 Delmar Boulevard, University City; 314-899-9221
Chef Mike Randolph once described Privado as "La La Land": a dreamscape where he could fully execute his vision of an ideal restaurant, unbound from the reality of the business' day-to-day concerns. If you have a chance to dine at this weekends-only, one-seating-each-night, tasting menu concept, you'll quickly realize that Randolph is not the only one dreaming. Every last detail is thought out, from the subtle music and light changes from course to course to the impeccably prepared dishes — each one good enough to dazzle even as they come one after another in a cohesive parade. Randolph's creativity and brazenness are unmatched in this city, and they result in a dining experience nothing short of powerful. It doesn't come easy, and it's not cheap; reservations fill quickly and a meal with wine pairings will set you back some decent change. However, it's worth the price tag and the effort to get a front row seat to what is basically Randolph's private dinner party — now that's La La Land.


When chefs Qui Tran and Marie-Anne Velasco were in the research and development stage for Nudo House, they had the opportunity to work under famed ramen master Shigetoshi Nakamura. The acclaimed Japanese chef had only to work with the pair for a brief time before making a prescient observation: He had no doubt they were going to make it in the world of ramen. Indeed they have, as Nudo House is not only one of the area's most popular restaurants, but also sets the standard for all other ramen shops in town. Oh, and yeah: Food & Wine just put it on the February cover. Fiercely authentic yet playful enough to deviate from tradition when inspired to do so, Nudo House serves a selection of different preparations including a classic tonkatsu, a chicken ramen called the "Hebrew Hammer," and a vegetarian mushroom ramen that is so luxurious it is perhaps the restaurant's most decadent offering. They may have learned from the best, but one bowl of their world-class ramen shows that these students are on the verge of becoming the masters.