Whatever anyone's got to say about the year 2016 — and plenty of people have had plenty to say — the one thing that can't reasonably be said of the last year is that it was uneventful. And while most of the events that prevent that categorization were some combination of tragic and surreal, there were still a handful of bright spots for St. Louis's music makers.

Here are ten artists who had a pretty alright year, and are poised to make 2017 a great year for St. Louis music. 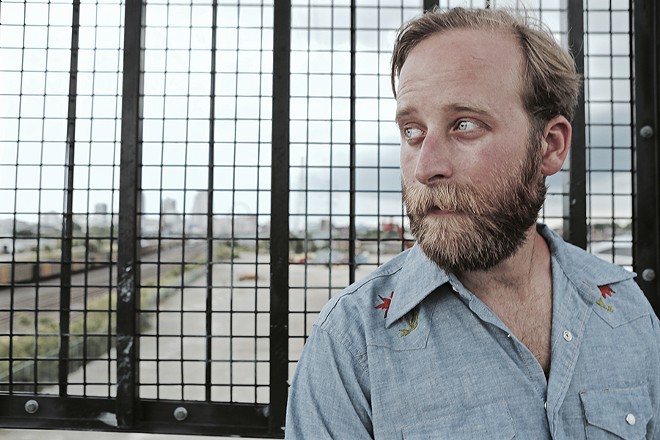 While the rest of us were trying to keep our heads above water in the never-ending deluge of bad news that was 2016, Jack Grelle was hard at work writing, recording and playing nearly 100 shows around the country.

Benefitting from the recent resurgence of interest in a more honest and organic strain of country music — a trend evidenced by the enormous popularity of artists like Chris Stapleton and Sturgill Simpson — Grelle's mix of traditional country sounds with decidedly non-traditional subject matter has earned him a lot of attention in the past year. The 29-year-old south St. Louis resident was the subject of pieces in national publications including Impose Magazine, The Bluegrass Situation and the quarterly roots music journal No Depression — in addition to receiving an Independent Music Award for the best album in the "country" category for his 2014 release Steering Me Away.

After closing out the year with a pair of dates alongside Pokey LaFarge at Delmar Hall, Grelle says he plans to head out in support of his most recent release, Got Dressed Up to be Let Down, with performances throughout the U.S., Europe and possibly Canada.

2016 has been a whirlwind for St. Louis singer-songwriter Kalyn McNeil. Though she'd been singing and recording her own songs since she was thirteen, McNeil relegated music to hobby status in order to pursue her career as a makeup artist.

That all began to change around a year ago, when McNeil started an open mic to perform covers of Jill Scott songs. Soon after, she was offered a spot opening for R&B singer Monica, and not long after that she took on the moniker of Bloom. In July, Bloom released her first single, "Raindrops," which has already garnered 66,000 plays on Soundcloud. The follow-up single "XCHXO!" currently has around 18,000.

On November 13, the 26-year-old Bloom put on her first show — the official release of her debut EP [SIN]SES to a sold-out crowd at the Thaxton Speakeasy, followed by a Sofar Sounds performance at Central Print.

In 2017, Bloom says she intends to continue performing in and out of St. Louis, as well as finishing her EP in progress, Psychedelic Bloom, a concept album inspired by "peaceful protests against war, violence and hate in the 1960s."

In her own words: "This project will provide alternative forms of mind expansion outside of drug use. Psychedelic Bloom will introduce an alternative addiction: music. Through the music, listeners will be able to escape and find their own internal empowerment. Music is the psychedelic." 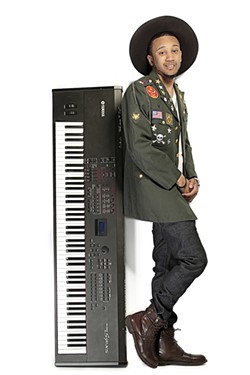 Rapper, singer, producer and keyboardist Miistro Freeyo was first attracted to music as a child, when he saw his father playing piano and decided to teach himself the instrument. In time, he added singing, rapping and music production to his autodidactic skills.

This year, Freeyo released his debut EP Freeyo, including the single "Change Up," which landed him a place on DELUX Magazine's list of "St. Louis' top 5 independent artists to watch." Though he's been playing around town for awhile, Freeyo, now 23, says that 2016 was the first year he was able to be selective about gigs. The year also saw him doing more traveling, including shows at New York City venues SOB's and Village Underground, a performance at Kentucky State University's homecoming and a birthday party for St. Lunatic Murphy Lee in Chicago. He plans to continue releasing music and videos, as well as doing a larger-scale tour, in 2017.