Resolution: How to Make Your Own Edibles 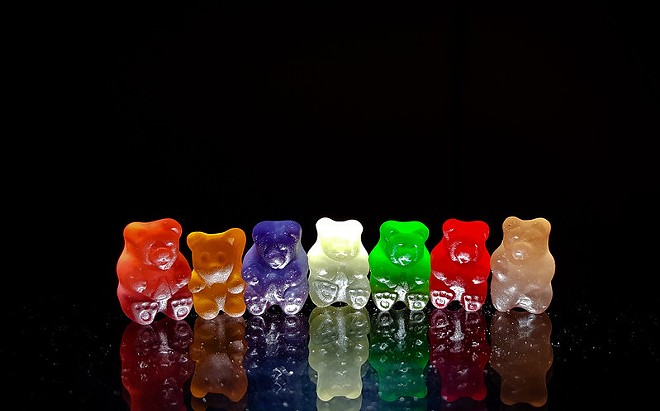 
Though there is an art and a science to cooking with marijuana, Dr. Clarence Lovebutter (name changed to protect the not-so-innocent) wants home bakers to know that they should treat making edibles as they would any other culinary endeavor.

“Basically, you can make whatever you want,” Lovebutter says. “Any treat that includes butter in the original recipe can be applied to edibles. Once you have the basics of green butter down, you can apply it to whatever treat you like, whether caramels, chocolate chip cookies, brownies, blondies or whatever you want to make.”

As the number of dispensaries that have cropped up around town continues to rise and marijuana use (cough, medical marijuana use) becomes more widely accepted, Lovebutter has seen more and more people interested in making edibles at home. A veteran cannabis cook, he has perfected his recipes and believes that anyone can make their own baked goods by following a few simple steps. Once these are down, the sky is the limit.

For Lovebutter, the foundation of edible baking is green butter, a marijuana-infused product that is easy to make in just a few simple yet important steps. For his recipe, he says to use an ounce of fresh trim post-harvest per pound of butter. For those who aren’t growers, take a quarter-ounce of buds and grind them up, or an ounce of shake left over from previous amounts you have. “If you’re using fresh buds, I wouldn’t use any more than a quarter-ounce per pound of butter,” advises Lovebutter.

For the next step, add your pound of butter, your green material and two cups of water to a Crockpot and slow cook it for about six hours, or until the water is gone. As Lovebutter notes, the water gives the butter time in the slow cooker to heat up the material and infuse the butter without burning it. After roughly six hours, remove the butter and strain it through a metal strainer, pushing down on the marijuana mash and squeezing as much out of it as possible. Put the melted butter into a container, refrigerate, and let it harden. It’s that easy.

Though Lovebutter uses Kerrygold Irish butter because of a personal preference, he says that any butter base — salted or unsalted — will do. He even suggests playing around with different fats using the same method, such as vegetable oil, olive oil or even coconut oil, which he also notes is an especially good base for a healing salve when combined with arnica oil.

As for the actual baking, Lovebutter keeps things pretty simple. A simple box cake mix will do if you do not want to make your treats from scratch, though whatever you do, he insists you follow the recipe, even if it might be tempting to play around. “Like anything with baking, if you don’t follow the recipe and do the process the way you are supposed to, you will end up with different results,” Lovebutter says. “That goes for using the amount of butter it calls for. If you want it less strong, use half green butter and half regular.”

Lovebutter understands that increased access to cannabis means that many people will be experimenting with edibles for the first time. If you are new to this form of consumption, he notes that the high is significantly different — more of a body high and more gradual compared to smoking, which makes edibles more of a commitment.

“As with anything, you want to start off slowly,” Lovebutter says. “If you are looking at that brownie and thinking you want to eat the whole thing, you might want to think again. Start with a quarter of it and work your way up. If you’re a beginner, work your way into it and give yourself an hour or so to feel the results. You can always take more, but you can’t take less. That’s my rule of thumb.”