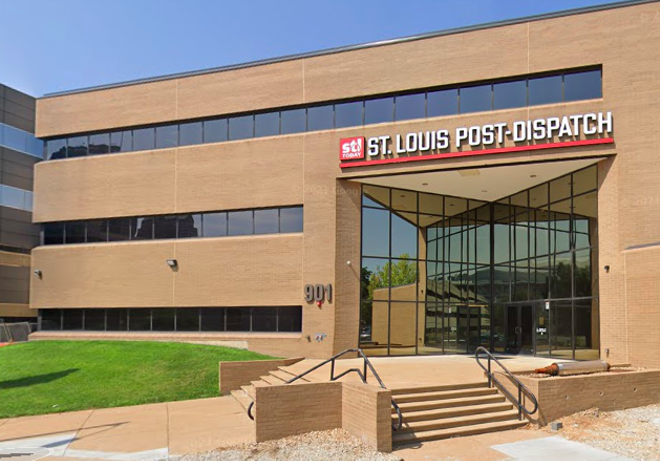 On Monday, New York City-based hedge fund Alden Global Capital declared its intentions to buy Lee Enterprises, the parent company of the St. Louis Post-Dispatch, sparking concerns among the paper's staff for their own jobs as well as for the future of ethical and transparent governance in the region.

"It's obviously very concerning, but that's an understatement," said one Post-Dispatch reporter. "This is like having the Grim Reaper show up at your city's door."

"We've had a number of high-impact stories in the last few years and we want to keep doing that," said Jeff Gordon, a sportswriter for Post-Dispatch as well as the president of The United Media Guild. The union represents Post-Dispatch employees as well as other media workers from across the Midwest.

"The challenge with Alden is that they cut and cut and cut," Gordan added, "and there just aren't the people left to do it."

Gordon pointed to the Post-Dispatch’s coverage of disgraced County Executive Steve Stenger, whose downfall in 2019 had its origins two years prior when Post-Dispatch business reporter Jacob Barker began to notice donors to Stenger's political operation getting sweetheart deals on tracts of land in Wellston. Barker, later speaking about his work on St. Louis on the Air, credited basic beat reporting, going to meetings for the economic development organizations and digging into deals that raised red flags. He also credited all the other reporters at his paper who worked with him on the story, too.

The 2019 grand jury indictment even mentions Barker by name. Stenger told those around him, "not to talk with the Post-Dispatch reporters who were writing the investigative stories."

The Stenger story is exactly the sort of high-impact investigative reporting that could be endangered at an Alden-owned Post-Dispatch. According to a piece in The Atlantic about Alden, after the hedge fund bought the Monterey Herald in California, reporters were "pushed to stop writing investigative features so they could produce multiple stories a day." Earlier this year, Alden bought the Chicago Tribune and quickly laid off staff to the point that the Pulitzer Prize-winning paper had no state capitol reporter during a state government scandal and no reporter to monitor the police scanner overnight during the summer's crime wave.

“Unfortunately, Alden’s track record is what it is. They're just not in it for the long haul,” said Gordon. “It's just a classic asset strip play. They’re going to try to just bleed it out for cash and then there's going to be nothing left.”

Gordon said that though his labor union is often at odds with the Post-Dispatch’s current owners, Lee Enterprises, that right now “The newspaper guild rather than fighting with Lee, we're in a position where we would like to assist Lee to fend off this purchase attempt if it can be done.”

The Post-Dispatch reporter who made the “grim reaper” comment has this message for any multi-millionaire who may be reading: “If ever there were a time for some rich, civic-minded person to come forward and buy the Post-Dispatch for the greater good of St. Louis, this is it. Could that be native son Jack Dorsey? Or Jim McKelvey? Someone else? I don't know, and I'm not sure anyone does. We'll see how our fate is decided, all while continuing our Pulitzer-caliber work in the meantime.”