With Winter Coming in St. Louis, Spire Got Some 'Splainin To Do 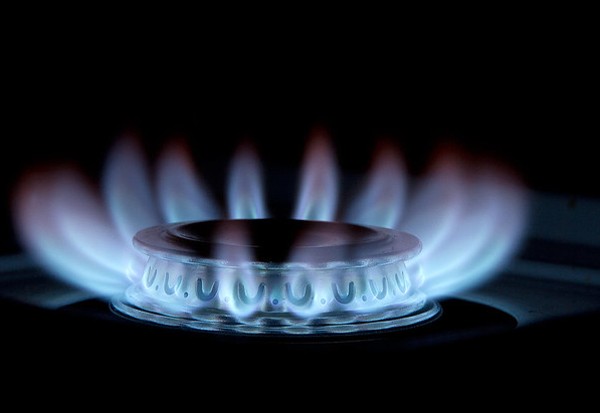 With the ability to heat homes hanging in the balance, St. Louis is suddenly facing uncertainty about its access to natural gas for the winter. Last week, Spire Missouri warned in an email sent to more than 600,000 customers that there are "no guarantees" the company's key pipeline can operate beyond December 13.

But at Tuesday night's meeting of the St. Louis County Council, a Spire representative faced a barrage of questions about the sudden crisis, with several councilmembers raising doubts about the exec's claims and demanding further information about the company's portrayal of the risk to its customers.

Facing the council was Spire planning manager David Yonce. He addressed the company's November 4 email to customers, which included the alarming news that the pipeline "is now in jeopardy."

Yonce said the email was not intended "to instill fear with the public," but to inform them that the situation had indeed grown dire. Currently, without action by a federal regulator, the operating certificate for the St. Louis pipeline is set to expire in 33 days, potentially putting more than 400,000 homes and businesses at risk for outages in what Yonce called "a worst-case scenario."

"We are not able to completely mitigate the shortfall if the Spire St. Louis Pipeline was not able to operate," he told the council. "Spire Missouri is doing what it has to plan for the worst and hope for the best."

Specifically, Spire is hoping that the Federal Energy Regulatory Commission, or FERC, issues a temporary operating certificate, thereby extending the pipeline's use through winter. Completed in 2019, the $280 million pipeline isn't contending with leaks or defects; operationally, it is "state of the art," Yonce told the council.

So, why is an essentially brand-new pipeline is facing shutdown? And why did Spire choose to inform its customers via email-blast that they had barely a month to prepare for winter outages? Are there reasons to not take Spire's presentation of the risks at face value?

For several councilmembers, these were the key questions that Spire has, so far, failed to address.

"This feels a little bit like manufactured catastrophe designed to solve some public relations issues you and your company are having," Councilwoman Lisa Clancy, D-5th District, told Yonce at one point during the hearing. Clancy challenged Yonce's description of the impending risk for shutoffs, saying she had heard from a different Spire official that the temporary certificate is expected to be issued by FERC "at any moment." (Indeed, just two days prior to the council meeting, a Spire spokesman expressed confidence about the pipeline's future during an interview with KMOV, saying "We feel that this will get extended through the winter and people will have the natural gas they need," though adding, "but the situation we’re in right now is that they’re no guarantees on that.)

Clancy also noted that, with the region preparing for months of cold, Spire's email "really has caused a lot of fear in the community."

Tim Fitch, R-3rd District, similarly grilled Yonce about whether Spire's display of public alarm had more to do with building public support in its legal battle over the long-term future of the pipeline.

"Is this about putting pressure on FERC?" Fitch asked of Yonce. "What is the purpose of sounding the alarm?"

This is where things get even more complicated. Back in 2018, FERC had actually approved the pipeline's construction. However, that approval was challenged in federal court by the Environmental Defense Fund, which is representing residents along the 65-mile pipeline running through southwest Illinois and into St. Louis. Along with environmental concerns, the group argued that FERC's 2018 approval was unlawful because Spire had failed to show that it would improve gas service or lower costs for its customers.

Instead of justifying the need for new source of natural gas, the Environmental Defense Fund argued, Spire's real reasons for the new pipeline were that it wanted to sell the gas to itself, and to then bank new profits by increasing fees on customers.

Over the summer, the U.S. Court of Appeals ruled against Spire, concluding that the approval of the 2018 pipeline construction had indeed been unlawful. Among its objections, the court said that FERC had ignored "plausible evidence of self-dealing," as nearly 90 percent of the St. Louis pipeline capacity is contracted to move gas between two affiliated Spire entities, Spire Missouri and Spire St. Louis.

Ted Kelly, a senior attorney with the Environmental Defense Fund, tells the RFT that, under federal law, regulators "have to see strong evidence that there are grounds for a pipeline to operate."

"If there was self-dealing," he adds, "there should be consequences."

Those consequences could involve compensation for landowners and or restrictions on rate hikes, or even shutting the pipeline down and restoring the land — but Kelly stresses that his group has never argued for a shutdown coming in the middle of winter. He says that Spire knows there's no real risk of federal regulators letting thousands of St. Louisans freeze.

Ultimately, Kelly says the fate of the pipeline will rest on whether Spire can bring evidence that its construction was justified within federal guidelines.

In the meantime, the Environmental Defense Fund isn't opposing Spire's plea to federal regulators to do something before the December 13 deadline — and, in fact, the group is throwing its support behind Spire. In a letter to the FERC dated November 10, Environmental Defense Fund lead counsel Natalie Karas wrote that the organization is "urging the Federal Energy Regulatory Commission ... to issue an order on Spire STL Pipeline LLC’s request for a temporary emergency certificate."

Still, even while supporting Spire's stance on the need for the pipeline to remain operational through the winter, Karas' letter blasted Spire's "numerous misstatements and omissions" in its email to customers. Karas noted, "In recent days, Spire Missouri has issued a harmful communication to its customers warning of potential outages and service disruptions."

The letter continued: "Spire’s email has created panic and fear throughout the St. Louis region, causing undue distress to its most vulnerable customers and also prompting vitriolic, personal attacks directed at EDF and its employees. Prompt action by FERC will provide clarity for St. Louis gas
customers and help to remediate the confusion created by Spire."

Caught between the clarity and confusion, St. Louis residents are bracing for a winter that could be especially hard. While Spire awaits action from the regulators, the St. Louis County Council is planning on hosting a full hearing on the issue, one that includes not just Spire, but perspectives "from all sides."