From Ferguson to St. Louis: Twelve Miles and Seven Years 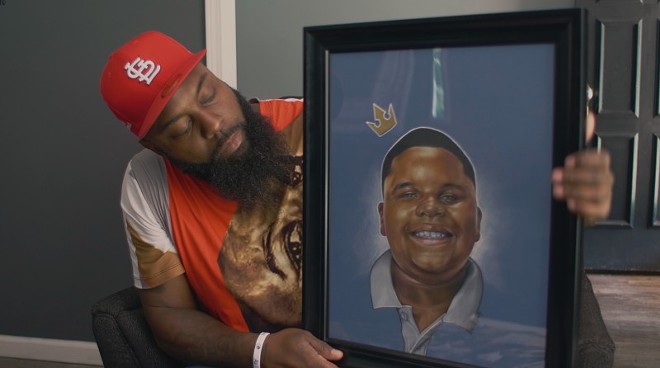 On Saturday, November 6 my film, Ferguson Rises, will premiere at the Tivoli Theater as part of the 30th annual St Louis International Film Festival. Having spent so much time in and about St Louis over the last seven years, I can say its good to be home, this time with a completed film in hand.

You are no doubt familiar with the broad strokes of the Ferguson story. On August 9, 2014, a white police officer shot and killed an unarmed Black teenager, Michael Brown Jr. His body lay in the middle of the street for four hours, most of those uncovered. The officer was not charged. Fanned by the flames of the resultant community protest, the Black Lives Matter movement was propelled into a global spotlight. In some jurisdictions, policies and procedures were changed, laws enacted and police body cameras became mandatory. And in Ferguson, the complexion — literally and figuratively — of both the city council and police force changed dramatically. And yet, seven years later, in St. Louis and in municipalities across the country, it’s back to the future as the violence continues, cities dwell in division and our citizens remain angry and afraid, yet hopeful for change.

Ferguson Rises is very much the story of Michael Brown Sr. who, in the face of such a great and piercing loss, chose to find purpose in his pain, supporting other families who have lost loved ones, and using his platform to help them transform their lives and heal their communities. In short, with intention, determination and love, Michael Brown Sr. found a pathway to healing by finding purpose in his pain.

The simple truth is that, in most communities, our experiences and perspectives are so different. Black, white, brown, or blue, the world looks very different depending on the lens through which it is viewed. We need to embrace and value our differences and celebrate our individuality and uniqueness with understanding and acceptance. That is the foundational understanding on which this great society is built.

I believe Ferguson Rises represents a unique opportunity for cities across the United States to stand arm-in-arm with the citizens of Ferguson to acknowledge their own racial challenges, declare their shared humanity and publicly and empathically pronounce their commitment to do better. Injustice and cruelty must ultimately answer to the greater forces of love and compassion.

We can’t end racism in America, but we can dial it down and, in the process, make our communities better and safer places to live for our children and ourselves. It all begins with a little understanding and reflection. Please join me on November 6.

Mobolaji Olambiwonnu, a veteran director and filmmaker, produced and directed Ferguson Rises, which won the audience award at the 2021 Tribeca Film Festival and will be featured on PBS’ Independent Lens in November.