Stan Kroenke is Getting Ready to Screw the NFL, ESPN Reports 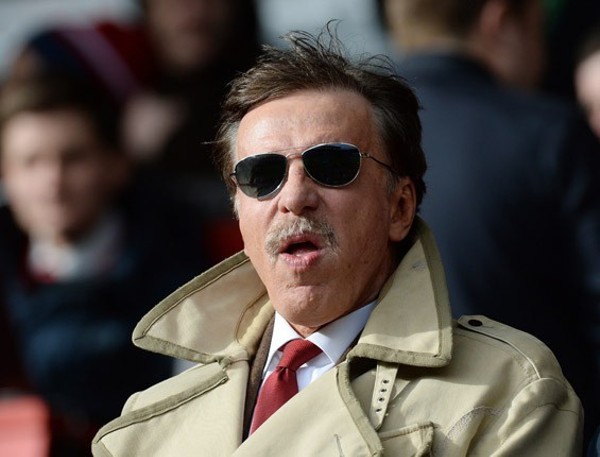 Well, well, well, NFL; if it isn't the consequences of your actions (trusting the incurable weasel that is Stan Kroenke).

On Wednesday, the Rams owner was the subject of an anonymously-sourced ESPN bombshell that describes, in sumptuous detail, a Tuesday meeting in which various NFL team owners learned that Kroenke might not be such a great guy after all. According to the report, Kroenke is aiming to challenge his responsibility for a mountain of legal fees the league has already spent defending itself in a lawsuit brought by the City of St. Louis.

As ESPN's Seth Wickersham reports, Kroenke had signed an indemnification agreement prior to the Rams' 2015 relocation that, essentially, made him responsible for much of the other teams' legal liabilities related to the move.

Meanwhile, St. Louis' lawyers argue that the league violated its own relocation guidelines and misled the city into spending $18 million on a new stadium plan that Kroenke never had any intention of considering. The lawsuit has wound its way through the court for more than four years.

But now that the case is scheduled for trial — and with the league's lawyers still unable to convince a judge to move the case out of St. Louis — Kroenke appears to be getting cold feet about the whole thing, and it's making his fellow team owners pretty upset! How awful for them.

As the meme goes, Kroenke wasn't supposed to eat their faces. But thanks to ESPN and its sources, we have 50-yard-line seats to the spectacle of Kroenke's betrayal at a Tuesday legal meeting held at the InterContinental New York Barclay hotel in New York.

Citing "accounts from people who were there and others briefed on the proceedings," ESPN's report describes how, several hours into the meeting, a moment came when team executives were asked to leave the room, leaving only owners, their representatives and some senior executives.

Kroenke then stood, telling his audience that "he has invested in the league and done everything that the league has asked him to do," ESPN reported. He then "apologized for the ongoing lawsuit but argued that it wasn't his fault."

After that, ESPN writes, NFL commissioner Roger Goodell asked Kroenke to leave the room, which he did.

That's when the league's general counsel Jeff Pash — who apparently was playing the role of a friend enlisted to deliver a breakup note — dropped the really bad news: Kroenke's attorneys were challenging the indemnification agreement, potentially leaving the league in the lurch.

The news of Kroenke's view of the agreement "stunned" the room, sources told ESPN.

What followed was a succession of comments by the same wealthy team owners who had ensured Kroenke's interests were served in moving the Rams to Los Angeles. New England Patriots owner Robert Kraft, who had served on the league's six-person L.A. committee, reportedly described Kroenke's position as unfair.

New York Giants owner John Mara spoke up, saying, according to ESPN's sources, that "Kroenke's change in position was ridiculous, and that if Kroenke had not agreed to indemnify the league, the owners wouldn't have voted for him to move."

The whole ESPN piece is worth a read, if only for the thick layer of schadenfreude at the image of Kroenke walking away from the suits knowing he was about to ruin their day, and possibly their bottom line.

The story also includes some details about a purported settlement offer from Kroenke, in the "billions of dollars," but ESPN said it could not confirm the number.

In any case, the messy legal reckoning over the Rams relocation is only getting messier. Commentators and legal experts believe the league may attempt to reach a settlement with St. Louis that could reach billions of dollars, or even (yuck) an offer of an expansion team.

Only time will tell. But Kroenke's actions are no mystery — he'll turn his back on you and walk away. It's just his nature.