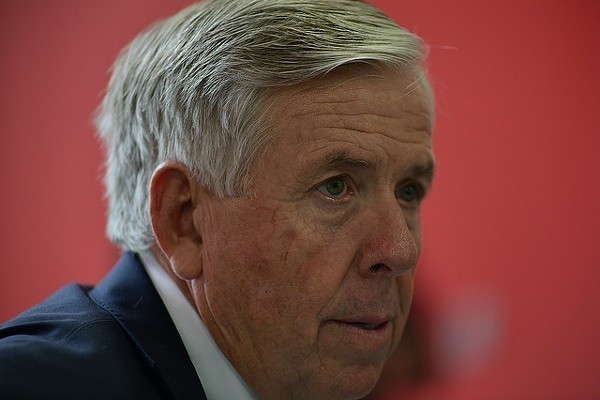 Rejecting calls from lawmakers, advocates and even the Pope for him to stop the execution of Ernest Johnson, an intellectually disabled man convicted of murder in 1995, Missouri Gov. Mike Parson announced Monday that the state will carry out the death sentence as planned at 6 p.m. Tuesday.

“The state is prepared to deliver justice and carry out the lawful sentence Mr. Johnson received in accordance with the Missouri Supreme Court’s order,” Parson said in a statement.

A petition was filed Monday with the U.S. Supreme Court requesting a stay of execution.

Johnson was convicted of killing three people during a botched robbery at a Columbia Casey’s convenience store in 1994.

His lawyers and advocates argue his execution would be illegal because he is intellectually disabled. They also contend the drug used to kill prisoners in Missouri could cause him painful seizures because of a benign tumor in his brain.

In 2002, the U.S. Supreme Court in Atkins v Virginia made it unconstitutional to execute those with intellectual disabilities.

Elyse Max, executive director of Missourians for Alternatives to the Death Penalty, said she was disheartened by Parson’s decision.

“This is not justice, this is vengeance,” she said. “Missouri needs to take a long look at their use of capital punishment. Murdering those who commit murder only leaves more victims in the wake. It’s time to abolish it for once and for all.”

Max had previously noted that Johnson’s IQ scores over five decades consistently show that he is a person with sub-average intellectual functioning and that he operates at the equivalent of a 12-year-old for his level of independence and at an age of 4 years and 8 months for his daily living skills.

Former Missouri Gov. Bob Holden wrote in an op-ed submitted to The Independent that although he supports the death penalty and oversaw 20 executions during his four years as governor, Parson should use his power to stay the execution and commute Johnson’s death sentence to life without the possibility of parole.

“Nothing excuses what Johnson did,” Holden wrote. “But if our state is to be guided by the rule of law, we must temper our understandable anger with reason and compassion for the most vulnerable among us, including Ernest Johnson.”

In a statement last week, Pope Francis requested clemency for Johnson, calling on Parson to consider “the simple fact of Mr Johnson’s humanity and the sacredness of all human life.”

Last month, the Missouri Supreme Court refused to halt the execution, ruling that Johnson not intellectually disabled in part because he planned the murders in advance. Parson pointed to that decision in his statement Monday.

“Mr. Johnson’s claim that he is not competent to be executed has been reviewed and rejected by a jury and the courts six different times, including a unanimous decision by the Missouri Supreme Court,” Parson’s statement said. “Mr. Johnson has received due process under the laws in the state trial court, Missouri Supreme Court, federal district court, 8th Circuit Court of Appeals, and the United States Supreme Court.”