The Big Mad: Ignorance as Policy, Sweet and Savory Outrage and the Death of Civility 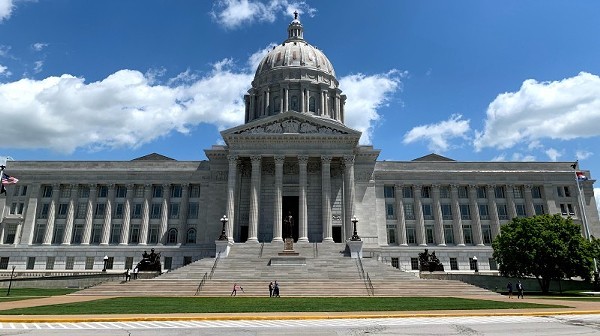 Official Ignorance: It can be tricky to figure out what some of Missouri’s Republican legislators are anti- at any given time, but maybe it’s just anti-knowing stuff? From their role in the manufactured outrage over the lessons in critical race theory (that weren’t actually being taught), we know they’re opposed to kids learning about the effects of slavery and racism on our society. Most also seem to prefer an alternate reality where we don’t know Trump lost, and they would definitely not like to know more about the roots of the January 6 attack on the U.S. Capitol. (Hits a little close to home when your fellow representative Justin Hill skipped his swearing-in to be there.) So maybe it shouldn’t have been a surprise last week when it was revealed that Republicans were so offended about an exhibit highlighting the history of LGBTQ rights in the state that they worked back channels and sought out never-before-used procedural technicalities to get it removed. God forbid the state acknowledge that Missouri is or has ever been populated by anyone other than straight white men and the women who love them. But the lamest part? They were scared to admit what they had done. In a celebratory Facebook post, a legislative aide outed representatives Ann Kelley and Brian Seitz as two legislators who pushed to have the exhibit removed. But Kelley and Seitz kept their heads down, even as the St. Louis Post-Dispatch uncovered an email from Kelley to a state official, questioning the exhibit. And then Governor Mike Parson acted like the exhibitors had skipped a routine step for approval, only to be undercut by the Missouri Independent’s interview with the retired program director of the Capitol museum, who confirmed that it was never standard practice. The whole episode was hateful, clumsy and (perhaps least surprising for anti-knowing-stuff legislators) ignorant.

Sweet and Savory Outrage: Just because you can do something doesn’t mean you should. Case in point: Lion’s Choice and Crown Candy Kitchen teaming up to create the monstrosity that is the “Heart Stopping Bacon Concrete.” In case you’re one of the lucky ones who have never heard of this thing, allow us to burden you with this knowledge: It’s Lion’s Choice’s vanilla custard with chunks of Crown Candy’s crispy bacon in it. God has abandoned us. There is simply no hope for humanity, and the Heart Stopping Bacon Concrete was the fourth Horseman of the Apocalypse. This thing sounds so offensive to our taste buds we cannot fathom even biting into it. The point behind the awful offering was to celebrate the history behind the two staples of St. Louis society — which is something we can get behind — but why did they have to bring ice cream into it?! Couldn’t they have concocted a perfect bacon roast beef sandwich? A milkshake complete with candies from Crown Candy? Something other than pouring bacon into an otherwise perfectly fine cup of custard? We’re not mad at the St. Louis restaurants. We’re mad at the chef who went as far as Dr. Frankenstein, never stopping to wonder what the implications of such a creation might be. We love roast beef sandwiches and milkshakes just as much as the next St. Louisan, but for the love of all things holy, please stop this abomination in its tracks. We need separation of bacon and ice cream, now more than ever.

The Death of Civility: Think of life, let’s say, six years ago. The year was 2015. You couldn’t escape “Hotline Bling” by Drake at any given moment. The biggest online debate was if the dress was black and blue or white and gold. The world was, for the most part, OK. Yet now you cannot go into any comment section on social media without wanting to light something on fire. It’s man against man, neighbor against neighbor, and damn it, we are tired of it. Will we never know peace again? Did the dress curse us to forever debate each other over stupid shit? Whatever happened to “if you have nothing nice to say, don’t say it at all?” Commenting nasty things on a news post about someone dying or wishing for someone’s death or a civil war to break out is fucking awful, people. Just chill. Take a deep breath (perhaps while wearing a mask, if you're not willing to get vaccinated and show some compassion to those who are at risk of getting seriously ill in your life, because not everything is about you). Remember that you don’t have to be so full of hate — and then take a gander at that godforsaken dress and realize it’s been blue and black the whole time.