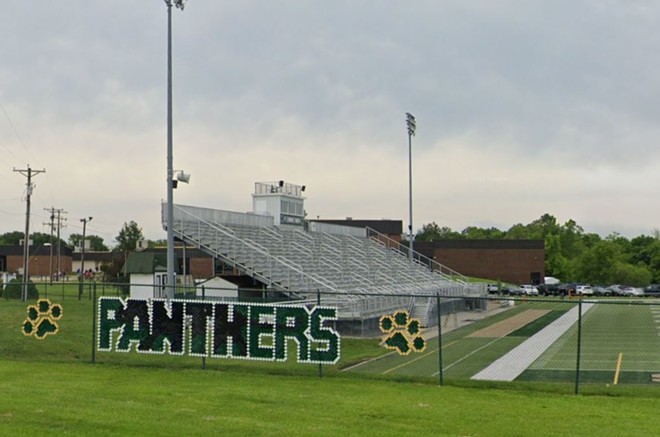 School is in session around the St. Louis region, and, after the first week, some districts are already quarantining hundreds of students. According to the most recent COVID data, the Fort Zumwalt school district in O'Fallon is reporting more than 460 students sent home to quarantine — with hundreds of cases being reported in just the last two days.

According to the district's COVID dashboard, 82 students and 17 staff members have tested positive since the start of school last week. However, as a school spokesperson pointed out to Fox 2, the spike in quarantined students represents "a small percentage" of the district's 17,000 students and "is not impacting the continuation of school."

While most districts in the region require teachers and students to wear masks indoors regardless of vaccination status, Fort Zumwalt had announced a mask-optional policy before the start of school, explaining it would support "an environment where those who choose to wear masks are comfortable and those who don’t are safe."

The Francis Howell School District, which enrolls around 16,000 students in St. Charles, uses a policy that makes masking a requirement only for students in 6th grade and under — a reflection of the lack of vaccine eligibility for those younger than twelve, the school's website explains.

A glance through the data reported since the first day of school last week suggests comparatively fewer quarantine cases in schools of similar size that employ universal mask requirements. However, not all districts update their public data portals every five minutes, as the Fort Zumwalt dashboard does, making direct comparisons unavailable in some cases.

For example, as of August 26, the St. Louis School District, with its 19,200 students, reported a total of 210 students quarantined, with about 76 percent of cases related to contact in school, where a mask requirement is in place. None of the 47 positive COVID cases among students were reported as related to in-school contact.

In the Rockwood School District, which also has a mask mandate, 96 students are reported as being quarantined over the last seven days, during which time 25 students tested positive for COVID. With an enrollment of 21,000, Rockwood is one of the largest school districts in the state.