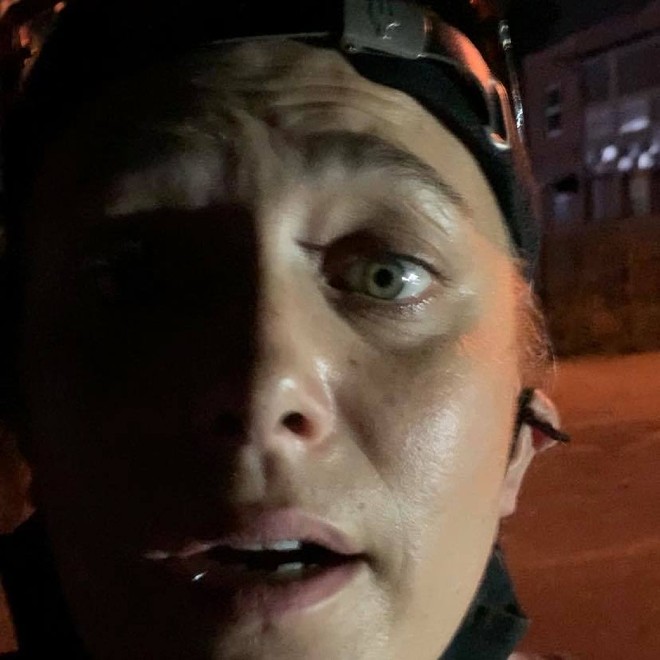 Medics working to revive Bobby Phillips on New Year's Day could detect a faint pulse and were ready to start procedures they hoped would save the 62-year-old's life when they were blocked by Elizabeth Cooke, according to newly released police documents.

Cooke, now 35, pulled out paperwork that showed Phillips had signed over power of attorney to her just two days before. And, Cooke insisted, Phillips did not want to be resuscitated, according to the police documents.

The medics stopped, and Phillips died shortly after.

The account of Phillips' death is described by police in an incident report obtained by the Riverfront Times through a public records request. In recent weeks, the case has received international attention thanks to a bizarre series of events.

A man, whom we're calling Jeff because he has requested anonymity, told the RFT's Daniel Hill that he encountered Cooke earlier this month when he caught her trying to steal his vehicle. After a brief confrontation, which Jeff filmed, she took off and left behind her phone.

Jeff says he then used the phone to take over Cooke's social media accounts, posting to Cooke's Facebook page photos and messages that he believes are proof she was involved in a variety of crimes, mostly stealing and drug use. But Jeff also uncovered images of Bobby Phillips' documents, including his Social Security card, ID and paperwork that seemed to show the older man had granted Cooke power of attorney on December 30.

Jeff's Facebook posts on Cooke's account quickly went viral, with thousands of followers from across the world. Even after the page was shut down, separate Facebook groups dedicated to the bizarre episode continued on. And internet sleuths are still on the hunt for clues to what some have come to believe is Cooke's hand in Phillips' death.

In the police incident report obtained by the RFT, officer Sean Martini writes that he and another officer were called at 10 a.m. to the house on Kensington Avenue in the Academy neighborhood. Cooke showed them the same paperwork she had shown the medics, according to Martini. And it did indeed include a section saying Phillips didn't wish to be resuscitated.

But Martini seemed suspicious of the timing of the paperwork, noting it had been signed just two days before on December 30, 2020. Cooke told officers she had been talking to Phillips that morning, before going upstairs. Then she claimed she heard a "loud thud-like sound" and came back down to find Phillips lying on the floor of the kitchen. She called 911. A community organizer at Eco Village previously told RFT contributor Ryan Krull that the top floor of the house was an Airbnb operated by the nonprofit, and that Cooke was a nightmare guest who refused to leave for months after her stay was supposed to end. 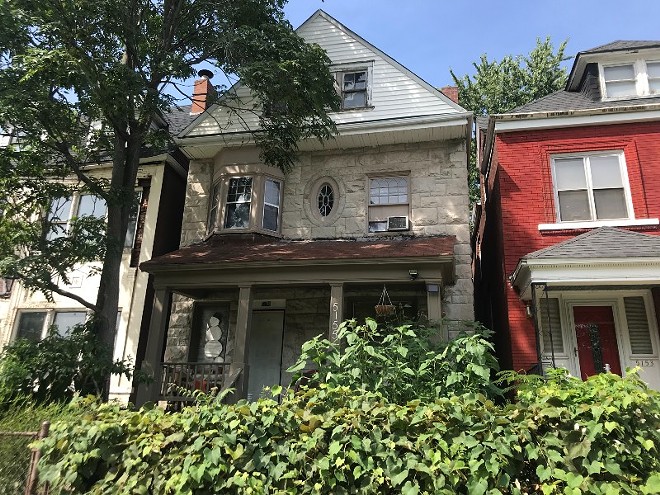 Police say they didn't see any signs of trauma or drug use. An investigator from the office of the St. Louis medical examiner approved the release of Phillips' body to Cooke.

In most cases, that would be the end, but little about events surrounding Phillips' death have played out normally. He died on a Friday, and Cooke called Michel Funeral Home to collect his body. The funeral home's owner, Calvin Whitaker, tells the RFT two of his employees called him from the scene. The employees had worked with medical examiner offices in St. Louis, St. Louis County and Jefferson County, and to them, the situation looked questionable. They told Whitaker it looked like there had been drug use at the house, although they weren't sure by whom.

"They were even surprised that the medical examiner wasn't picking him up," Whitaker says.

Two other men were at the house when the employees arrived, but Cooke was gone. She later came to the funeral home. Another man was with her, but Cooke did the talking, Whitaker says.

"She was a different sort of lady to deal with," he recalls.

She wanted Phillips cremated and told Whitaker she had power of attorney.

"I was like, 'Yeah, but power of attorney stops at death, so that doesn't really help us,'" he recalls. Absent a signature from Phillips' next of kin, Whitaker says they were stuck. Through the weekend, he texted Cooke to see if she had located any of the other information he needed for the death certificate. On that Monday, a different investigator from the medical examiner's office called to say they wanted the body after all.

Whitaker says he texted Cooke and she quickly called back.

"She seemed agitated with me and upset that I couldn't hold onto him," Whitaker says. "I just said, 'Hey, that's their choice. Here's their number.' Nothing I could do about it."

In the police report, Martini writes that on Monday, January 3, a different medical examiner told police that they were taking custody of Phillips' body after all. He mentioned that the Michel's crew had seen drug use at the scene (Whitaker says he thinks it was actually paraphernalia), and he added that he'd received a tip that Cooke was bragging that she was going to get a lot of money from Phillips' death.

Martini writes that he and his fellow police officer hadn't spotted any drug use or paraphernalia in the hour that they were at the scene.

The RFT has requested comment from the medical examiner, and Cooke's attorney. If either respond, we'll update this story.

Cooke is currently in jail in Illinois on charges of possession of meth and a stolen vehicle. St. Louis police have told the RFT they are investigating Phillips' death and allegations of theft against Cooke.

We're continuing to report on the case. You can send us information at tips@riverfronttimes.com.