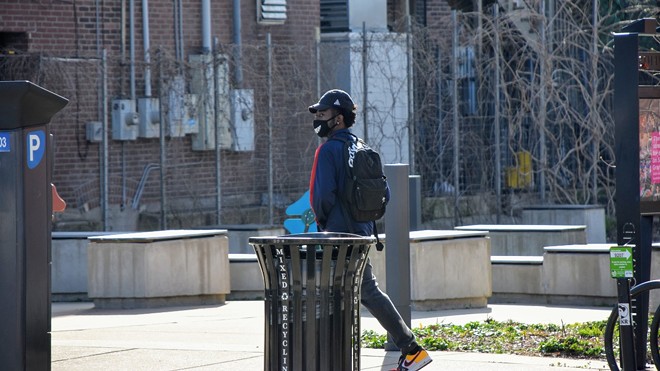 A judge ruled today to continue a preliminary injunction against the St. Louis County mask mandate. Today’s ruling comes after two brief extensions on the first preliminary injunction. The extensions were granted in order for St. Louis County Executive Sam Page and Attorney General Eric Schmitt’s legal teams to reach an agreement about the mandate outside the court system.

Despite both teams acknowledging "an increase in COVID-19 cases is cause for concern," the two parties were unable to reach a consensus on their own, court documents read. Thus, Judge Nellie Ribaudo ruled to continue the preliminary injunction, citing a lack of enforcement in the mandate from the county among the court's decision.

“The people prevailed yet again against County Executive Page and his health department for attempting to impose their will illegally on the people of St. Louis County,” Schmitt said in a news release. “I will not stop in my fight against government overreach.”

Schmitt’s statement today echoes one issued on August 3, declaring a “huge win” for the people of St. Louis County.

Yet, Ribaudo’s ruling criticized Schmitt for claiming victory in this case. Reiterating the August 3 decision, today’s ruling countered Schmitt’s claims saying “the court’s clear and unambiguous statement that the only victory is when the citizens of this State and County are no longer at risk of illness and death at the hands of the COVID-19 virus.”

Page took to Twitter after the ruling, saying he was confident the people of St. Louis County would continue wearing masks to protect themselves and the community. He also emphasized public health experts say masks save lives.

Today the court ruled that enforcement of the mask order is suspended while the court considers the full case. Public health experts tell us masks save lives. I am confident the people of @STLCounty will continue wearing masks to protect themselves & their community from COVID-19

The decision also sparked St. Louis County Council Chairwoman Rita Days and three other members — Councilwoman Shalonda Webb of the 4th district, Councilman Tim Fitch of the 3rd district and Mark Harder of the 7th district — to write a letter to the judge. The letter said the council members were hoping to provide additional perspective and information. Council members cited frustrations with Page and his “unilateral rule.”

“What is clear to the council is that the County Executive has no intention of ever voluntarily coming to the council or working with the council on public health orders, as required by state law,” the letter read.

Also in the letter were accusations against fellow council members and the county executive, charging them with only fighting over masks for electoral benefits. Days’ letter also says two other members — not named in the letter but a reference to Councilwoman Lisa Clancy of the 5th district and Councilwoman Kelli Dunaway of the 2nd district — and Page battle the council over mask mandates “for theater.”

The members also said if the county executive would “simply follow the law,” the council would pass a health order that the ruling mentioned.

The ruling finished with a note from the court: "It remains the court’s hope that our citizens will respect one another and where appropriate wear face coverings to protect themselves and others from the highly contagious COVID-19 virus."

Read the full order on the preliminary injunction here.