Missouri Gov. Pardons People Who Did Their Time, Also McCloskeys

Spanning a pair of mansion-owning GOP vigilantes and two long-imprisoned drug offenders, the subjects of Gov. Mike Parson's latest clemency announcement featured more than just the headline-making pardons of Mark and Patricia McCloskey — Parson also added to his string of clemencies directed at people trapped in prison for decades by a repealed drug law.

Last summer, Parson was quick to promise a pardon for the McCloskeys if they faced criminal consequences related to their actions on June 28, 2020, when the couple, both attorneys, rushed out of their opulent home in the Central West End to shout and point their guns at a group of protesters marching to the mayor's house.

On July 20, 2020, St. Louis Circuit Attorney Kim Gardner announced the filing of felony charges against the couple for "unlawful use of a weapon – exhibiting." Later that day, Parson told Fox News pundit Sean Hannity that he would "without a doubt" pardon the McCloskeys.

"If you had a mob coming towards you," Parson argued, "when they come on your property, they don't have a right to do that in an aggressive manner. People have a right to protect their selves, their families, their property."

But much has changed about Parson's stance toward clemency since his appearance on "Hannity" last year. (For one thing, a special prosecutor later concluded that the protesters that day were peaceful and had not attacked the McCloskeys.)

Months after the McCloskey drama, on December 21, 2020, Parson announced the first public clemencies of his administration. The list of names included three commutations affecting drug offenders who had been convicted under a uniquely harsh Missouri law.

As Riverfront Times has reported, the law used a "three-strike" system to apply mandatory minimum sentences of ten years without the possibility for parole. Although the law was repealed effective 2017, a series of court cases led the Missouri Supreme Court to rule that it could not be applied retroactively to restore parole eligibility to the hundreds of people still serving life-altering sentences.

Since that first clemency announcement late last year, Parson has continued to use commutations to help free drug offenders serving decade-plus sentences. On Tuesday, along with the McCloskeys, Parson's clemencies included a commutation of Matthew Carrell, who had been convicted in 2003 on a single drug charge of distribution and sentenced to 25 years.

Also commuted was the 30-year sentence of Deitra Cole on possession and distribution charges in 2001. (The governor's clemency announcements do not provide additional information about recipients beyond their names. The RFT has reached out to the governor's office for more details on the commutations of Carrell and Cole, though the office previously declined to answer questions about specific cases )

Carrell and Cole became the tenth and eleventh drug offenders to be commuted under Parson's administration — a relatively slow pace compared to the many inmates still languishing without parole eligibility — and yet, Parson is still far more active than previous governors, who allowed a backlog of more than 3,000 clemency applications to accumulate over the last decade.

In interviews, many of the former inmates who were eventually freed through Parson's commutations told the RFT they regretted the actions that led them to prison — even while objecting to the state law that punished them with sentences that matched those handed down for homicide and sexual assault.

That sort of thoughtfulness isn't apparent in Mark McCloskey. Now a fully engaged political participant in the GOP culture war, the attorney is pushing a U.S. Senate campaign based entirely on the armed standoff that he and his wife instigated at their CWE mansion — and which led them to plead guilty to misdemeanor assault and harassment charges on June 17.

“I'd do it again,” McCloskey told reporters after the plea deal was announced. "Any time the mob approaches me, I’ll do what I can to put them in imminent threat of physical injury because that’s what kept them from destroying my house and my family."

On Tuesday, in response to the news of the pardon, McCloskey's defense attorney, Joel Schwartz, echoed his client's lack of remorse: "Mark McCloskey has publicly stated that if he were involved in the same situation, he would have the exact same conduct,” Schwartz said, the Associated Press reported.

Schwartz added, "He believes that the pardon vindicates that conduct." 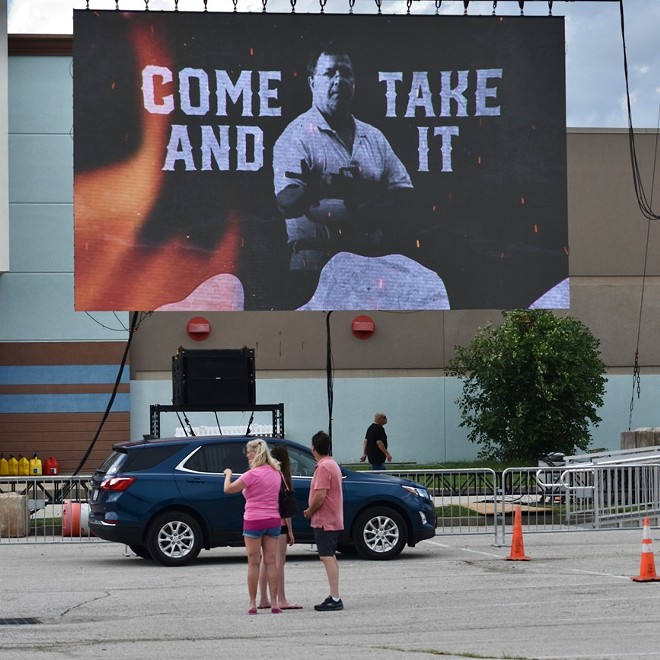