The Big Mad: Workhouse 2.0, an Act of "Love" and COVID Wins Big in the County 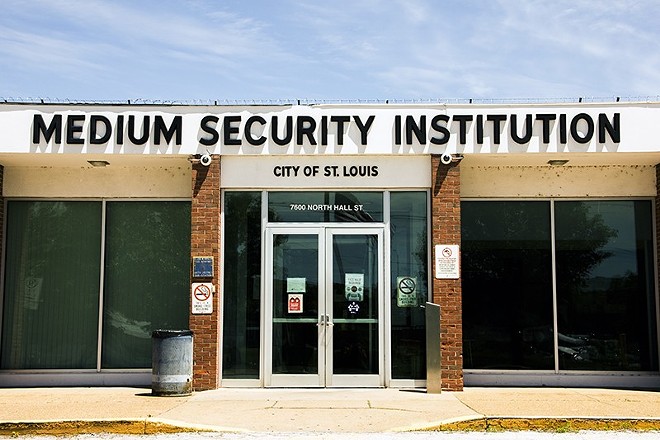 The “Love America” Act: U.S. Senator Josh Hawley’s latest move to bolster his insurrectionist-coddling national political career is the Love America Act, a proposed piece of legislation targeting “critical race theory” that would ban federal funding to any school that teaches that the Pledge of Allegiance, the Declaration of Independence or the Constitution of the United States “is a product of white supremacy or racism.” However, the bill would mandate that students actually, you know, read the documents, which is just a bad idea if you’re trying to construct a Hawley-approved fantasy history of America. Take the Constitution, a document that echoes the society of its slaveholding founders — complete with “compromises” that protected slavery as a political and economic force for generations — but also laying out the unmet ideals of equality and freedom on which they hoped to build a nation. In 1854, another Republican politician with a critical eye for history noted that the Constitution had attempted to “hide” slavery until a time when it could be fully abolished, “just as an afflicted man hides away a wen or a cancer, which he dares not cut out at once, lest he bleed to death.” Seven years after writing those words, President Abraham Lincoln led his country to a bloody war to ensure that, someday, loving America could mean something else than white supremacy and racism. That fight is ongoing. That’s what loving America looks like.

Name Game: Welcome to the CJC Annex! Strangely, we had never heard of it until it popped up in one of the mayor’s press releases. “Annex” sounds nice, like a little coffee shop or one of those co-working spaces from pre-COVID times. So what is this CJC? Well, this is weird: It seems to stand for City Justice Center, the name of one of St. Louis’s jails. Actually, the only jail, because the city says it finally closed that hellhole the Workhouse, except for the off chance of needing it for CJC overflow. Anyway, probably just a strange coincidence. Whoa, here’s another weird part. This CJC Annex is on the “campus” of the Workhouse, the city says. And the city moved about 140 detainees there over the weekend while it tries to fix those pesky non-locking locks at CJC. Now hold on, it seems the annex is actually just part of the Workhouse? There’s no coffee bar? No co-working space? Man, this is the dumbest rebranding ever.

Power Trip and Fall: It would have been enraging enough if the vote to rescind mask mandates in St. Louis County had been the only newsworthy thing to come out of last week’s County Council meeting, but since we live in hell now, there were of course several added layers of absurdity heaped onto the whole affair. There’s the fact Mark “Get Off My Lawn” McCloskey deemed it necessary to waddle into the affairs of the county and show his smug stupid face at the event, despite the fact he famously lives in the city. (The cynics among us might suggest that he’s only doing so to glom onto whatever culture-war flashpoint he possibly can in order to trick the people of this state into supporting his utterly vacuous run for public office, and yes, that’s also what we’re suggesting.) Then there was the treatment of county health chief Dr. Faisal Khan. Euphoric anti-maskers are pretty sure they now have unshakeable gotcha video evidence that he lied about being “subjected to the racist, xenophobic and threatening behavior” of the COVID-welcoming audience. And that is super convenient if you’re looking to distract from the sound argument that the county has a responsibility to take at least mild measures to slow a deadly virus. Still, we're betting he didn't "express [his] displeasure by using [his] middle finger" over nothing at all. To top all of that off, the council’s decision to strike down the mandate wasn’t even one based on public health or protecting constituents, but rather on power and proper procedure. That two Democrats would join the Republicans in voting down the measure simply because County Executive Sam Page didn’t consult with them before putting the order in place reeks of a power-tripping tantrum, during a time when hospitals across the state are literally filling to capacity as the delta variant surges so hard in this state that it’s made us international news. Where are the fucking adults? Why must we insist on making mistake after endless mistake on this issue, defaulting toward dysfunction at every turn? The fact that COVID itself decided to make an appearance at the maskless affair should surprise absolutely no one, but what’s most maddening is that, even if that results in a wave of sickness through those who attended, it seems clear that no one who was there will learn a damn thing. They clearly haven’t yet — why start now?