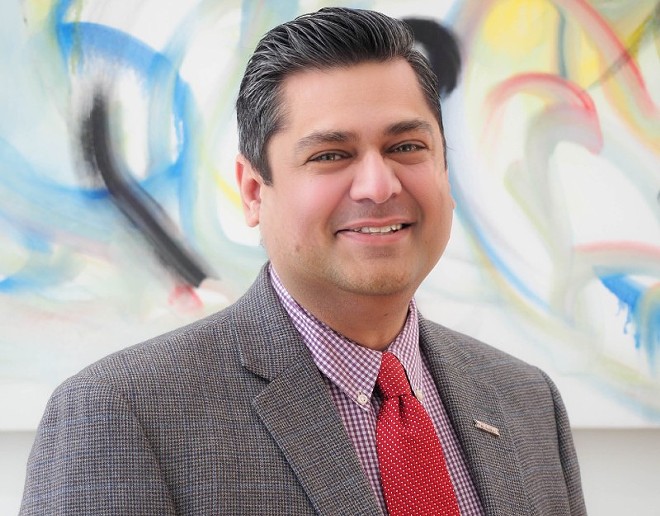 Editor's note: Dr. Faisal Khan, acting director of the St. Louis County Department of Public Health, spoke in favor of a mask mandate on Tuesday night during a county council meeting. On Wednesday, he wrote a letter to Council Chair Rita Heard Days describing his experience during and after his comments. The full letter is posted below:

I appreciated the opportunity to share the latest data, scientific research, and public health advice with the County Council last night. As I mentioned in my letter on Monday, the latest public health order regarding masks is an important disease transmission mitigation strategy necessary to slow the spread of the coronavirus, especially as the much more contagious Delta variant is now the dominant variant in Missouri and in our region. As Director of the Department of Public Health, it is incumbent upon me to offer the best public health guidance I can, and that is what I endeavored to do last night.

After completing my medical training, I chose to focus my work on public health. I have committed myself — over my entire 25-year career — to improving health status indicators for entire communities, particularly in the most vulnerable segments of society. I have worked to improve public health around the world, working in Australia, Vietnam, Pakistan, South Africa, the People's Republic of China, Zimbabwe, Botswana and the United States (West Virginia, Massachusetts and Missouri). I have been a proud citizen of the United States since 2013.

In all that time and in all those places, I have never been subjected to the racist, xenophobic, and threatening behavior that greeted me in the County Council meeting last night. My time before the Council began with a dog-whistle question from Councilman Tim Fitch, who said he wanted to emphasize for the assembled crowd that I was not from this country. As you know — and as Mr. Fitch surely knew since he was the crowd's leader — the great majority of the people in the raucous crowd appeared to be from the “MAGA” movement, as evidenced by their “Trump 2024” chants. The MAGA movement is well-known for xenophobia and discriminatory treatment of racial minorities and has engaged in violent acts against government institutions like in our nation's capital on January 6.

I later saw that around the time that Mr. Fitch asked his question, his friend Mark McCloskey — who was seated right behind me and situated near Mr. Fitch's position on the dais — posted on social media that mask mandates are “un-American.” One cannot help but see the connection between the efforts of Mr. McCloskey and Mr. Fitch to stoke xenophobia against me. I'm sure you are aware that Mr. McCloskey — like Mr. Fitch — is a well-known MAGA movement figure.

In line with Councilman Fitch's incendiary comments and Mr. McCloskey's social media post, several audience members then started mocking my accent while I was presenting to the Council. I heard people doing their impersonation of Apu, a caricature character from The Simpsons television show that mocks people from South Asia such as myself.

While I was presenting my analysis of COVID-19 to the Council, two politicians (Mr. McCloskey and Paul Berry) seated right behind me consistently berated me and tried to distract me from my presentation. When I asked you to intervene to prevent Mr. McCloskey and Mr. Berry from interfering with my presentation, you lectured me — not them. Such demeaning treatment was surprising to me, as I had heard that you were sensitive to issues of race and treating people equitably.

After my presentation was completed, I tried to leave the chamber but was confronted by several people who were in the aisle. On more than one occasion, I was shoulder-bumped and pushed. As I approached the exit and immediately outside the chambers, I became surrounded by the crowd in close quarters, where members of the crowd yelled at me, calling me a “fat brown cunt” and a “brown bastard.” After being physically assaulted, called racist slurs, and surrounded by an angry mob, I expressed my displeasure by using my middle finger toward an individual who had physically threatened me and called me racist slurs.

Political operatives — and even Mr. Fitch himself — have sought to use my instinctive reaction as political fodder against me. I would like to think that I would not react like that because it risks creating a distraction from what should be a consensus around masking and vaccines. I have to say, however, that when faced with the racist vitriol that Councilman Fitch has been privately and publicly stoking against me since my appointment, I cannot say I am sorry.

I remain open and willing to brief the Council on public health issues dealing with COVID-19 and the other important challenges we face in public health in St. Louis County. I simply ask that you take appropriate steps to investigate these matters, prevent similar events from happening in the future, and ensure that a safe and orderly environment be created for any future testimony me or my staff are asked to provide to the Council.