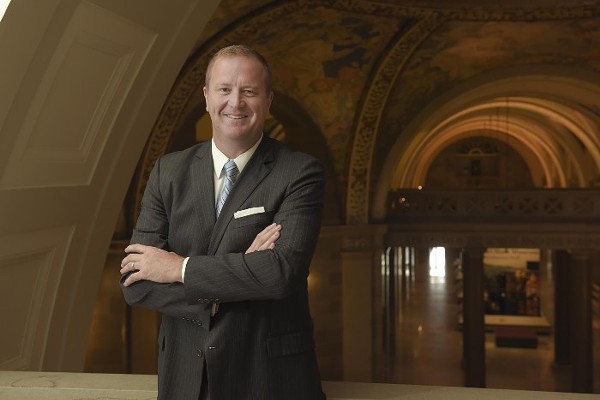 Schmitt’s Vanity Suit: It’s hard to know who to root for in Attorney General Eric Schmitt’s lawsuit against St. Louis and St. Louis County over a return to mask mandates. Should you side with the health departments hoping to usher people away from shore as a tidal wave approaches, or should you cheer the use of tax dollars spent to both boost Senate-hopeful Schmitt’s name recognition and, at the local level, defend against a frivolous litigation? Hmm. Maybe we should look at it from another angle: Is it better to support city and county officials tasked with cleaning up the failures of state and national Republicans who’ve undone the sacrifices made by responsible people for more than a year, or an AG who has made losing splashy lawsuits his primary job? Honestly, does it even matter? Taxpayers are paying the attorneys on both sides. But no one wants to be a fence-sitter, so maybe it’s best to err on the side of those making hard decisions for the masses and not Schmitt’s nakedly self-serving fight for Fox News air time.

Space douchebags: Listen, we here at the RFT are big fans of space. Aliens, no problem. Moon doing its thing and wobbling a little, cool. But where we draw the line is the billionaires of the world ruining the environment in the world’s dumbest pissing contest. Why race to the edge of space? Because you have enough money to do it? Because you can? Don’t worry, Jeff Bezos, we’ll all breathe the already-polluted air you leave behind as you fuck off to the stars. And Bezos has an even better idea — why not just put all of the industries that continuously pollute the planet and cause climate change in space? Because that’s a lot easier than, we don’t know, changing business practices that dump over 60 million tons of carbon dioxide into the atmosphere. As Amazon cashes in on the pandemic and its CEO takes a vanity trip to space, at least we can be comforted by the fact that the billionaires will be just fine when climate change comes knocking. Millions of Americans are facing eviction, and now we just sit around and wait for Elon Musk to take his turn and colonize Mars while he’s at it.

No Government Handouts, er, Unless You’re The Governor: Our beloved gopher governor has our best interests at heart. When he thinks Missourians are being lazy, he ends federal employment benefits to help motivate us. Remember that time he pointed out how many businesses had “Help Wanted” signs rather than answering a question about low wages? That was to keep Missourians hungry and on the job hunt. Instead of working one shitty minimum wage job, why not work three? When the federal government offers assistance to get citizens of the Show-Me State vaccinated, Parson pushes a made-up image of federal agents forcing vaccines door to door. When the feds tell us we have to abide by federal gun laws, Parson tells them to go to hell, because that eighth grade history class where you learn the hierarchy of laws means nothing to Missouri. In the name of the American Dream, Parson won’t let those pesky government officials give us Missourians what we haven’t worked for, we must earn it. And by us Missourians, well, he’s excluding himself from that. Parson received a $6,288 PPP loan from the government in March, as reported by the Kansas City Star, for his beef cattle ranch. For context, Parson’s gross pay for the year 2020 was $133,820.

Illinois Envy: We are so jealous of Illinois. We’re living in the Stone Age here in Missouri while they’re just across the river over there, driving their flying cars and teleporting through space and time. Here in Missouri, everything seems so difficult and prehistoric. Many Missourians refuse the COVID-19 vaccination and even resist something as simple as wearing a mask to protect their families and neighbors from catching a deadly virus. Meanwhile, in Illinois they have recreational weed and leaders who actually use their brains to make decisions. Can you imagine? For example, just last week Illinois Governor J.B. Pritzker signed legislation which gave Illinoisans access to over-the-counter birth control. That means that starting January 1, 2022, pharmacists may provide twelve months of birth control (including birth control pills, rings and patches) to customers without a prescription from a doctor. Pharmacists will access eligibility through screening forms and will be trained how to recommend the best family planning for their clients. Pritzker didn’t stop there, though. On the same day that he signed House Bill 0135 into law, he also signed a bill that increases access to telehealth services across Illinois. That means people who need to speak with their doctor won’t also have to potentially expose themselves to COVID at an office or hospital while having a consultation. Pritzker is forward-thinking and is taking action to provide the people of his state with easier access to birth control and protection from a highly contagious virus. Geez. Must be nice.