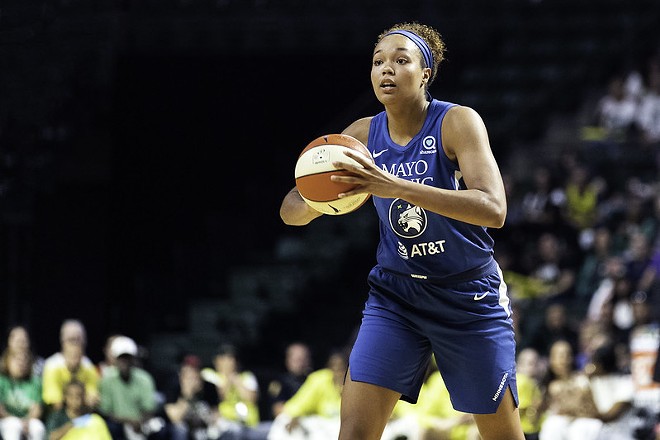 When St. Louis hosted the 2020 Olympics gymnastic trials, St. Louisans showed up in record-breaking numbers. Now, the Lou and the rest of Missouri will show up in a different way.

No crowds will be allowed at the games, but the Show-Me state has plenty of representation. Basketball players, gymnasts, a swimmer, track stars and a soccer player will all be repping Missouri — and some athletes are from the Lou itself — in Tokyo this year. The 2020 Tokyo Olympics will begin this week on July 23.

Gwen Berry
Berry was born in Centerville, Illinois, but calls St. Louis home. She graduated from McCluer High School in Florissant in 2007 and went to Southern Illinois University in Carbondale until her graduation in 2011. She majored in psychology and criminal justice. Berry is a human rights activist and is philanthropically involved with St. Jude’s Children’s Research Hospital and Athletes for Hope.

She was recently in the news after she placed third in the hammer throw at the Olympic track and field trials in Eugene, Oregon. As she was standing on the podium, the national anthem began to play. Berry draped her t-shirt that read “Activist Athlete” over her head and turned away to face the stands, not the flag. Berry called the incident a set-up.

This is Berry’s second Olympics. She placed fourteenth in the hammer throw in Rio’s 2016 games.

Nick Christie
While he’s not from Missouri, Christie attended Missouri Baptist University for a degree in exercise science. At Missouri Baptist, he was coached by Tish Hanna. Christie is a racewalker who has competed twice before at the Olympic trials, with this third time resulting in success. He graduated from Missouri Baptist in 2016 and headed back to his home of San Diego, California. Now, Christie will compete in the 20 kilometer event.

Collier was born in state capitol Jefferson City and lived in St. Charles. Collier attended Incarnate Word Academy in Bel-Nor, Missouri, and then went to college at the University of Connecticut, graduating in 2019. From there, the Minnesota Lynx drafted her with the No. 6 overall pick in the 2019 WNBA draft. She won rookie of the year her first season.

This is Collier’s first Olympics, and she plays in the five-on-five event.

Tyler Downs
Downs is a diver from Ballwin. At eighteen years old, he’s already received several accolades. He started diving at the age of five. He’s a six-time individual junior champion, the 2018 World Junior Diving Championships silver medalist in the 1 meter event, and won gold in 2019 Junior Pan American Championships at the 3-meter and synchronized 3-meter events. He also won bronze at the same championship in the 1-meter and platform events.

The St. Louisan trains six to seven days a week for six to seven hours. The hardest part of training for him is waking up early because he lives an hour and a half away from where he trains. Chick-Fil-A, Billie Eilish and the TV show How to Get Away With Murder are some of his favorite things.

KC Lightfoot
Lightfoot wasn’t far from where fellow pole vaulter Chris Nilsen grew up. Born and raised in Lee’s Summit, Missouri, Lightfoot will be competing in the pole vault event.

This is Lightfoot’s first Olympics. Lightfoot tied pole vaulter Sam Kendricks for second at the Olympic track and field trials.

Chris Nilsen
He’s not from St. Louis but he’ll be representing Missouri all the way in Tokyo. Nilsen competes in the pole vault event, as well. He attended high school in Concord, California. A Kansas City native, Nilsen is only 23 and is a two-time National Collegiate Athletic Association champion for the outdoor pole vault. He graduated from the University of South Dakota in 2020.

Nilsen first qualified for the Olympic trials at age 18 in 2016. Back then, he wasn’t even dreaming of being on the team — he just wanted to get a picture with Kendricks. He went on to break Kendricks’ record this year at the trials — he was the only vaulter to clear 5.90 meters.

Deanna Price
St. Charles is home to another Olympian. Price won the hammer throw event at the Olympic track and field trials, breaking the meet record not once, but twice. This will be Price’s second Olympics after placing eighth in the hammer throw in 2016.

Becky Sauerbrunn
From Ladue High School, Sauerbrunn will represent the Lou on the soccer field again this year. Sauerbrunn is a three-time Olympian, receiving a gold medal once in 2012. She became the first player in history to be honored with a National Women’s Soccer League award in three consecutive seasons after claiming Defender of the Year Awards from 2013 to 2015.

Sauerbrunn’s Team USA profile says she enjoys cave swimming and playing video games, especially if there’s a strong female character. She also graduated from the University of Virginia with a degree in English literature and composition and her favorite genres to read are science fiction and fantasy. 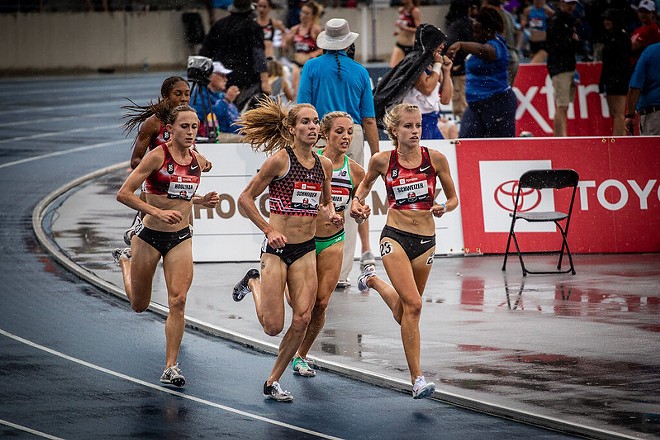 Much like Christie, Schweizer isn’t from Missouri, but was a Mizzou Tiger. A list of her accomplishments go for about a mile on Mizzou’s site, so all eyes are on Schweizer as she hits the track at the Olympics. Schweizer will compete in the 5,000 meter and 10,000 meter events when the games begin. 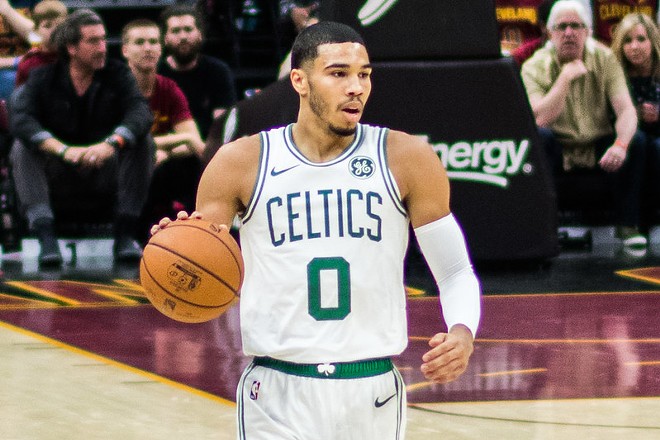 Jacarra Winchester
A decorated wrestler, Winchester is from Marshall, Missouri and went to Missouri Valley College. She was the wrestling champion at the Olympic trials and the 2019 Senior World champion. This is her first Olympics.

Qualified Olympians Who Can't Compete Due to COVID-19 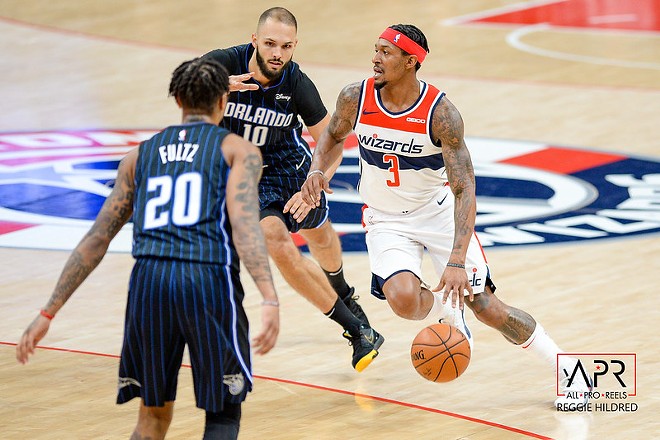 A first-time Olympian, Beal plays basketball. Beal is a shooting guard and plays for the Washington Wizards. He was selected for the team in June. Beal attended Chaminade College Prep High School and played basketball there.

Since being picked for the Olympics, Beal was ruled out for the games due to COVID-19 health and safety protocols.

Kara Eaker
Eaker is a master on the balance beam and is from Grain Valley, Missouri. She is an alternate for the gymnastics team. Eaker was born in Jiangxi, China. Eaker and fellow gymnastics alternate Leanne Wong are teammates at the Great American Gymnastics Express Center Gym in Blue Springs, Missouri.

As of July 19, Eaker tested positive for COVID-19 and will begin a 10 to 14 day quarantine. Gymnastics finals take place on August 3. In an article for the New York Times, Eaker’s coach Al Fong told the outlet that she “feels fine.” Eaker told reporters last month she received the COVID-19 vaccine.


One of two gymnasts from Missouri on the Olympics team, Wong is an all-arounder. She was born in Kansas City and lives in Overland Park, Kansas. Her discipline is listed as artistic gymnastics. Wong serves as an alternate for the gymnastics team after finishing eighth in the Olympic trials. But, she has been placed on quarantine after teammate Eaker tested positive for COVID-19. Wong is considered a close contact due to her practicing regularly with Eaker.

Find the rest of Team USA's profiles on teamusa.org.