Why Are Cincinnati Reds Fans So Obsessed With St. Louis? 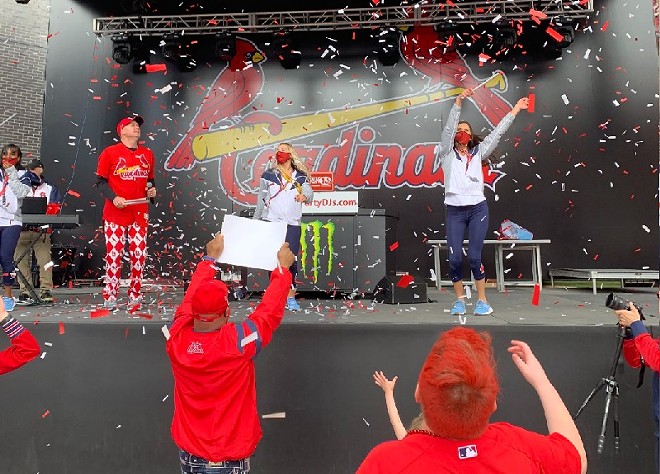 This story originally published in CityBeat, a sister paper of the Riverfront Times.

All those so-called rivalries in baseball? It turns out that they're not necessarily mutual.

A Northern Kentucky University professor and his students have been researching Major League Baseball's biggest rivalries to find out which ones are truly intense and which are... let's just say lopsided.

Over the last seven years, Joe Cobbs, Ph.D., a professor of sports business and event management at NKU, has led students in surveying more than 30,000 baseball fans across the country about teams they perceive as their biggest rivals. By allocating 100 points to teams across the league, fans also indicated which teams just didn't matter in their eyes. Teams with high points from both sets of fans were positioned as intense rivals.

"Using consumer research methods, we developed a way to understand that tension and anticipation you feel at the ballpark when a certain team comes to town. The project is designed to capture the fans' perspective of a rivalry narrative,” Cobbs says in a press release.

According to Cobbs' research, Cincinnati Reds fans claim prestige rivalry with the St. Louis Cardinals, allocating 45.6 of 100 points to the birds on the bat. Cardinals fans don't feel the same, though, giving the Reds just 10 points, making it one of the top-10 unbalanced rivalries in baseball.

Proportionally, Reds fans also give way more importance to a Cubs rivalry than Chicago fans do. Fans in the Queen City give the matchup 18.4 points, while Cubs fans give it a measly 2.5 points.

But the Reds are part of reverse rivalries, too. Fans of the Pittsburgh Pirates give the Reds 29.3 points, but Reds fans only give 16.9 points to the National League Central opponents.

"Sometimes fans don't feel the same towards one another. It's like a little brother versus big brother situation," Cobbs says. "Because the sports world reflects group affiliations and conflict in society, misinterpreting rivalry can lead to underestimating tensions and threats that manifest in anti-social behaviors, including violence against others. Conversely, well managed rivalries can increase demand in ticket sales and broadcast ratings."

The most intense MLB rivalries with support from both sides, Cobbs and his students have found, are those of longtime lore. The Boston Red Sox and New York Yankees clash tops the list with 162.1 aggregate points (out of 200), followed by the San Francisco Giants and Los Angeles Dodgers with 154.6 aggregate points.

The Cardinals, who Reds fans think are their bitter rivals? They're on the all-time great rivalries list in third place battling the Cubs, with 123.9 aggregate points.