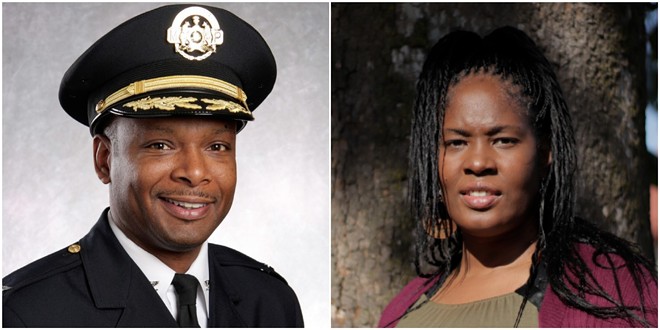 St. Louis police are getting new oversight — and that includes appointing one of the department's sharpest critics as a top advisor to a new director of public safety.

Taylor is a past president of the Ethical Society of Police, an association primarily of the city's Black police officers. In that role, she regularly called out racism within the police department and spoke out against abusive tactics.

Isom served as police chief for four years, retiring in 2012 to teach at the University of Missouri-St. Louis. He later served as the state public safety director under Missouri Gov. Jay Nixon.

"The work to improve safety in the City of Saint Louis will not be done overnight, but I am confident that with Director Isom's and Sergeant Taylor's guidance under my administration, we will put the public back in public safety," Jones said in a statement.

Jones campaigned in part on a promise to transform the police department and the city's approach to crime, pledging to provide more options, such as social workers, to respond to emergency situations.

Shortly after Jones made it clear during the campaign that she planned to install a new public safety director if elected, the man in the job, former Judge Jimmie Edwards, announced he would leave the post at the end of March.

Edwards had been appointed by Mayor Lyda Krewson early in her term, and he frequently came under criticism for his response to protests, waves of child murders and, recently, a series of uprisings at a city jail. The Ethical Society of Police was among his biggest critics, with Taylor leading the charge.

Jones will take office in less than a week and will have to move quickly to fill key roles in her new administration. One of those roles is her soon-to-be former job as treasurer. During a news conference today, she announced that she's promoting her deputy chief of staff Adam Layne as the city's new treasurer.

Layne, who is also a St. Louis school board member, holds a finance degree from George Washington University and a master's in secondary education from UMSL. It appears Layne will have to resign from the school board as he takes on the new role.