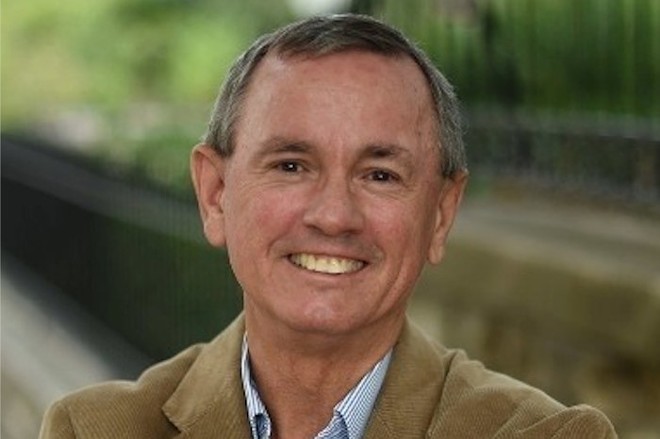 Rep. Rick Roeber, a Lee’s Summit Republican facing accusations by his adult children that he physically and sexually abused them when they were young, is resigning from the Missouri House.

In a letter to other lawmakers Tuesday afternoon, Roeber said his final day as a state legislator will be Friday.

He makes no mention of the accusations against him or the House Ethics Committee investigation that has been ongoing for months. Instead, he says he is stepping down because, “it has become necessary for me and my soon-to-be wife to relocate out-of-state to be closer to our extended families.”

Roeber’s announcement came shortly after The Independent reported on a letter House Speaker Rob Vescovo wrote to Jackson County Prosecutor Jean Peters Backer stating that over the course of the House Ethics Committee investigation, “we have learned information that needs to be forwarded to the proper authorities in your jurisdiction.”

Roeber has regular weekend visits with a minor child, the letter states, and “given the severity of the allegations raised by Rep. Roeber’s children, we are concerned for the safety of this minor child.”

Baker responds later that day in an email to Vescovo, saying she contacted the chief of police in Lee’s Summit and “will work with him to devise a plan.” She also requested transcripts from the House investigation so her office could review them “for potential criminal activity.”

Late last year, The Kansas City Star reported that Roeber’s adopted daughter, Anastasia, said he made improper sexual advances toward her in 1990, when she was 9 years old.

Her sibling, Samson Roeber, said he was physically abused by Roeber as a child, and a third sibling, Gabrielle Galeano, said she was aware of the abuse against both Anastasia and Samson.

Their mother, Michelle Keller, who was once married to Roeber, told The Star — and previously testified under oath — that Anastasia told her she was molested by him in 1993.

Roeber was also accused of sexual abuse by a fourth sibling, who was not named by The Star, in a case that was investigated by the Jackson County office of the Division of Family Services in 2001.

That investigation found probable cause that “sexual maltreatment” of the child had occurred, The Star reported, but two years later the Missouri’s Child Abuse and Neglect Review Board overturned the finding.

Missouri law says records of the board’s deliberations are confidential, so the basis for the decision is not clear.

Roeber has denied all allegations of abuse, which surfaced just weeks before Election Day. The Missouri Fraternal Order of Police rescinded its endorsement of Roeber, and a bipartisan group of legislators called for him to withdraw from the race.

But Roeber rebuffed the calls for him to abandon his campaign, and he defeated his Democratic opponent by 300 votes.

Before Roeber could be sworn into office, House leaders announced he would not be allowed to join the House GOP caucus — and an ethics committee investigation was launched.

In the letter announcing his resignation, Roeber says he never intended to serve more than one term in office, and that he has already “done what I set out to do in the Missouri Legislature in 2021.”