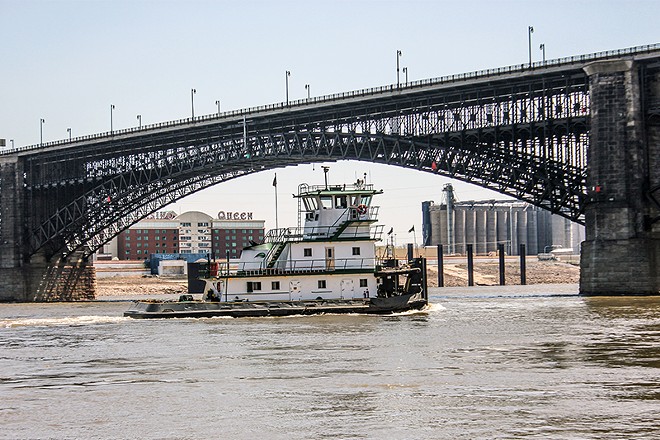 A new "Infrastructure report card" from the White House gives Missouri a C- on a variety of various infrastructure needs — notably, the pseudo-report card doesn't just target the conditions of roads and bridges, but a slew of shortcomings including lack of affordable housing, broadband access, and childcare.

Released Monday, the state-by-state reports arrive as the Biden administration is attempting to build support for its American Jobs Plan. Each state report starts with an identically worded broadside against the "systemic lack of investment" in infrastructure in that particular state. Overall, the reports frame and define the infrastructure challenges in terms of a longstanding, nationwide failure — and while Missouri's grade might not make it an honor student, no state earned better than a C+.

In fact, according to the full release of the Biden administration's report cards, Missouri's C- in infrastructure was matched by 21 other states, including Illinois, Indiana, Idaho, Kentucky, Oregon, Ohio, New York and Washington DC.

Twelve states pulled in solid C's, while six notched technically passing grades with D's and D+'s. At the bottom of the list, Puerto Rico earned the only D-. (Eight states were given report cards but not grades.)

In terms of a hypothetical classroom, it's not the sort of report card that gets framed. No grandparents are going to stick this one on the fridge. But the Biden administration is arguing that new funding is crucial to keep states from failing residents across some very non-hypothetical areas of infrastructure.

According to the Missouri report card:
Meanwhile, the already-passed American Rescue Plan is setting off a scramble among cities and institutions seeking a piece of the $2.8 billion in direct aid reserved for Missouri — of which more than $500 million is earmarked for St. Louis.